Pasta with no carbs and almost no calories? No way | Lifestyle.INQ ❮ ❯ 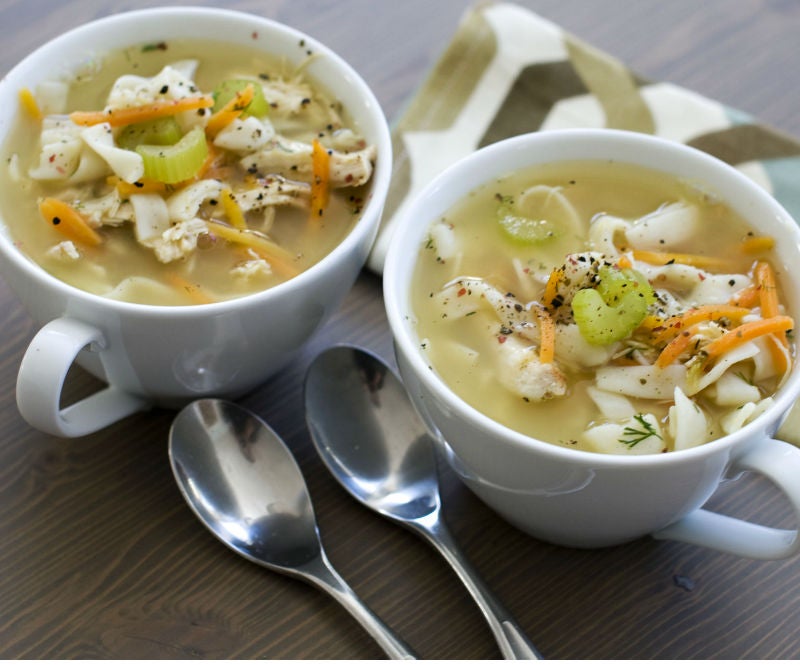 Pasta with no carbs and almost no calories? No way

The conventional wisdom of cutting carbs and calories generally has meant that pasta is a no-go.

But recently, a new noodle has challenged that thinking, giving dieters a fresh — albeit slightly different — way to have their pasta and their New Year’s resolutions. We’re not talking spaghetti squash which, while delicious in its own right, has never made a satisfying substitute for the real deal.

It’s so-called shirataki noodles that have attracted the attention of so many dieters of late. Their appeal? No carbs, no fat and almost no calories.

It’s true. These slightly chewy noodles — which usually are found alongside the tofu and other refrigerated Asian foods in grocers’ produce sections — are made from a water-soluble fiber that comes from a type of sweet potato (some are made with tofu as well, which contains a tiny bit of fat). Though they once were found only in Asian markets, they have begun showing up in most large supermarkets.

And it’s not just a desire to cut carbs that is fueling the growth of this product (which has gone from just one or two varieties to many in a span of a couple years). Food and shopping expert Phil Lempert, founder and editor of SupermarketGuru.com, says the growth of the gluten-free (which shirataki happen to be) category also is driving the popularity of this product.

Shaped like spaghetti, fettuccine and even “rice,” shirataki noodles come packed in water and require nothing more than draining, rinsing and briefly boiling.

And while these noodles can replace your favorite pasta in many dishes, you’ll need to keep in mind two things. First, don’t skip the rinsing step. This washes away a slight bitterness and funky smell. Fear not, both disappear entirely once you’ve rinsed and boiled.

Second, while they certainly are filling, in keeping with their lack of carbs and calories the noodles have virtually zero flavor. But Grace Young, author of “Stir-Frying to the Sky’s Edge,” considers that an advantage. She says a lack of flavor makes shirataki the perfect ingredient for dishes where the other ingredients or the sauce define the dish.

Young was first introduced to shirataki by a home cook in the Philippines, who used the carb-free noodles all the time because she was diabetic, but still wanted pasta. Young says she adds them to homemade broth with fresh vegetables, or simply prepares them with a good quality soy sauce and toasted sesame oil.

Because of their bland flavor and chewy texture, Young advises picking companion ingredients for shirataki carefully. Salty and bright, tangy flavors work well, along with crisp textures and even the toothsome quality of cooked mushrooms and meats. This way, she says, every bite will have that perfect blend of taste and consistency.

To give shirataki a more pasta-like consistency, also try dry roasting them in a well-oiled or nonstick skillet over high heat for about a minute (be careful not to burn them) before adding them to your favorite dish.