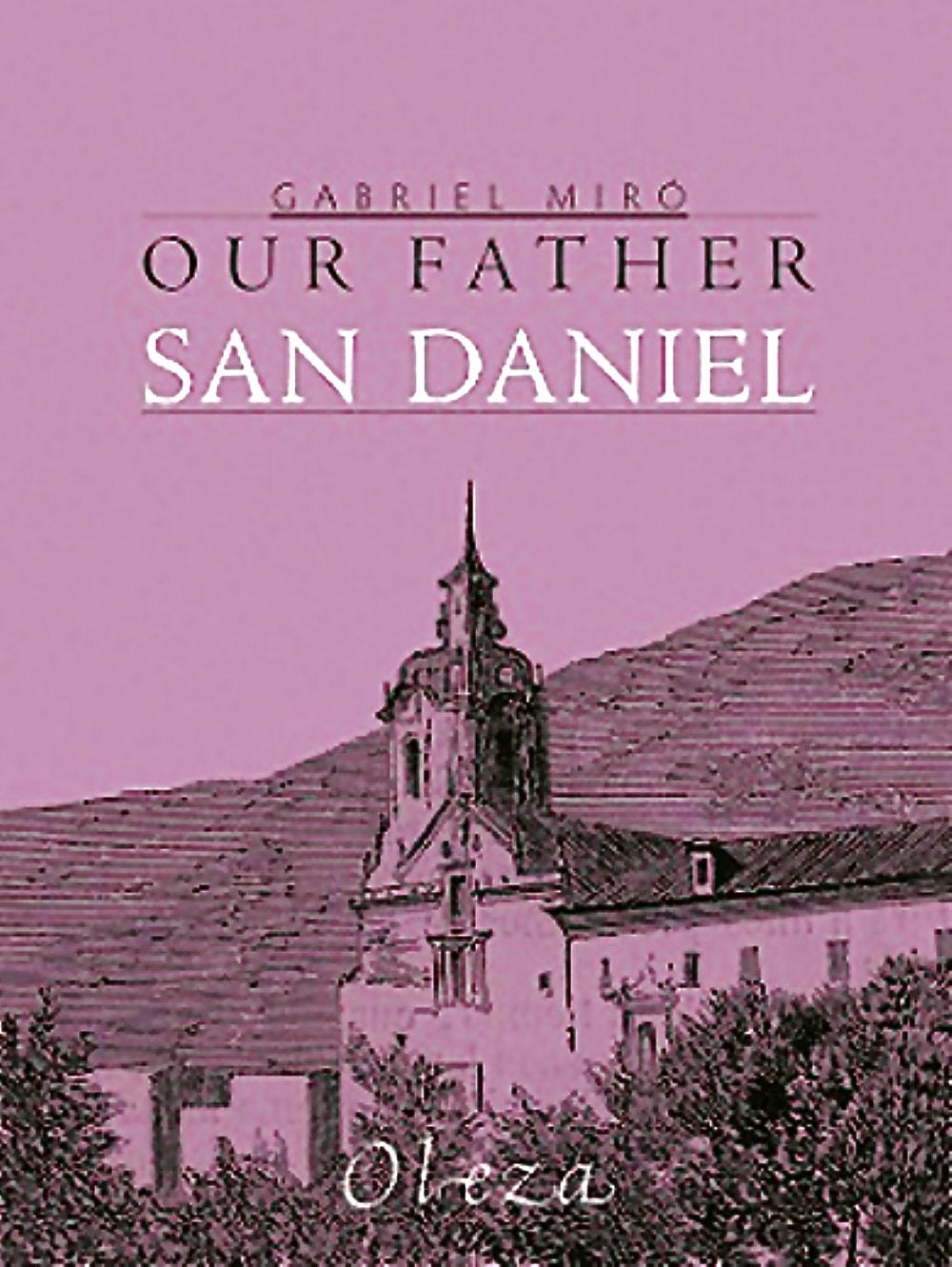 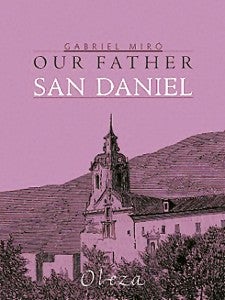 A novel originally penned in Spanish by Gabriel Miró in 1921, the English translation of “Our Father San Daniel” is a collaborative venture, involving translation and publication, between UST Publishing, Instituto Cervantes de Manila, Ministerio de Cultura of Spain, the Embassy of Spain in the Philippines, and the Universidad de Castilla-La Mancha in Toledo, Spain.

The graceful English translation is by Marlon James Sales. The book is elegantly designed by Félix Mago Miguel, with a substantial critical introduction by David Sentado.

Miró (1879-1930) was  a lyrical prose writer associated with  novecentismo, the Generation of 1914, a modernist movement in Spanish literature led by philosopher José Ortega y Gasset and poet Juan Ramón Jiménez.

“Our Father San Daniel” (“Nuestro Padre San Daniel”) is a narrative about saints, priests and sinners.   Its appeal lies in three facets: the colorful selection of characters; the sensuous imagining of setting; and the masterful strategy of humor and irony.

The story is situated in Oleza, a lively city proud of its ancient bloodline, in the 1880s. Its patron saint is San Daniel, the prophet who stood fearless in the lions’ den and was granted visions of the end days.

The novel opens with miracles—signs and wonders that have formed the city into a progressive parish, before descending to the manners of the servants of God, the lay people, and the ordinary folk.

This multiplicity of participants is the source of the novel’s drawing power, and, at the same time, a challenge to the reader’s attention and memory (some critics have called the novel “dense”).

Oleza is depicted as the cradle of the cleric, begetting and rearing men of God. Miró’s priestly protagonists are intriguing, each with his own peculiarities.

Some of the novel’s comical scenes feature  priests, for instance, Padre Bellod (rector of Nuestro Padre) using a lamp to toast the hairs, snouts, ears and eyes of rats caught in the traps he has set inside his beloved church; Don Jeromillo (chaplain of the Salesians) worrying about deluges and how Noah was able to keep all the animals in his ark; Padre Bellod scolding Doña Corazon for trying to hatch three eggs in her bosom, deemed “the dwelling place of the Holy Spirit”; Don Magín (parish priest of San Bartolomé) following a nostril-tingling whiff with child-like pleasure—the jasmine flowers carried by a young lass, the fresh flour used for kneading dough, or a steaming pot of stew.

Miró’s work may be characterized as, using the words of English-born critic James Wood, a “modern comedy, the comedy of forgiveness.” Despite the novel’s strong satirical impulse, so evocative of José Rizal’s, Miró conveys his critique of societal idiosyncrasies with a tone of affection and gentle irony.

Thus, we cannot help but be enchanted by Oleza’s naiveté and simplicity, even its vague piety. With ease, we condone its frailties.

The “worldliness” of Miró’s priests dwells in foibles rather than carnal or corrupt practices: little indulgence in food; absent-mindedness, meddling tendency; curious phobia.

The ironic rendering of an imperfect parish life, softened by the silhouette of the author’s smile, explains the novel’s charm.

Oleza is described as a habitat overflowing with scents: the fragrance of fruit trees in bloom; the stench of dung heaps and parched earth; the redolence of melted wax and honey inside a shop; the musky reek of mantillas and incense inside the cathedral. This olfactory revelry, illustrated in painstaking details, perhaps superfluous in some parts, evokes the carnivalesque and suggests an impression of the marvelous real.

What is of magnitude, though, is the historical milieu of the novel, i.e., Oleza as a center of the Carlist cause. This political movement in Spain’s history encompasses factions of society that cast their allegiance with the Bourbon line of Don Carlos, “His Majesty” in exile. Oleza serves as a shadow of Spain’s illustrious empire, a legacy of evolving kingdoms and ecclesiastical hierarchies, of wars won and lost, and of armies rising and fallen.

The novel’s most biting criticism is directed toward the secular participants of the Carlist cause. This is evident in the ubiquitous attention given to Cara-rajada, the only character whose life is almost chronicled in full.

A merchant’s son, he has given away his inheritance for the Carlist movement, joined them, yet suffered grave injuries due to the atrocities of a war that knows no allies. He returns home a vile man, his body warped with scabs and sores, his face wounded, his epilepsy aggravated  and his spirit darkened.

Treated like a madman, he is reviled by the townspeople. His broken existence thus questions the viciousness of war, the ignorance of martial domination, and the disenchantment with Carlism. Cara-rajada (which literally means “cracked face”) signifies a tragic residue of the “Good Cause,” the novel’s unforgiving lash at the pretentious nobility of the Carlists.

Don Álvaro of Gandía, by virtue of his Carlist connection, is ardently received by the Olezans.  The people imagine him to have royal blood and offer their loveliest maiden, Paulina, to be his bride.

Don Álvaro and his detestable sister are later revealed to be religious bigots and political hypocrites. Their possessive guarding of Paulina leads to the piteous death of her father, and a hitherto unhappy, suffocating life for her.

The Argentinean writer Jorge Luis Borges has observed that a novel is “a rigorous scheme of attentions, echoes, and affinities. Every episode in a careful narrative is a premonition.”

True enough, “Our Father San Daniel” culminates in an apocalyptic circus: Rains rivaling the days of Noah’s strike the city on the eve of the feast day of San Daniel, engulfing the landscape in great deluge. Miró describes with ironic gusto the images of pouring waters, the incessant pealing of bells, and the mounting rage of drenched people….

The flood turns out to be “the least of Oleza’s tragedies.” The people rise up and declare with simplicity of faith: “Even bad things shall come to pass.”