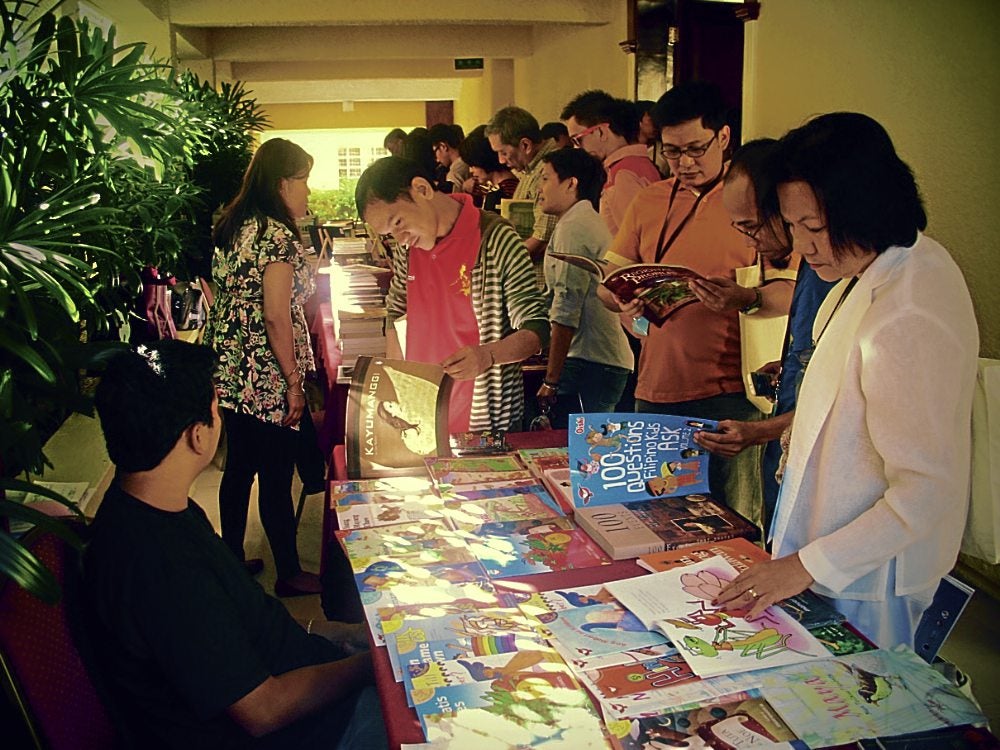 Book exhibit and sale during the 2012 Taboan literary writers fest.

The architectural designs of Islamic mosques and non-Catholic Christian churches, particularly of the Iglesia ni Cristo, will be the focus of this year’s Archi[types/text] 2013, the flagship project of the National Committee on Architecture and Allied Arts (NCAAA) for the Philippine Arts Festival (PAF) organized by the National Commission for Culture and the Arts  (NCCA).

Since 2007, the NCCA, the country’s prime agency for the arts and culture which spearheads the celebration, has put all of  NAM activities under  PAF.

Leading the celebration is the NCCA’s Subcommission on the Arts, which is composed of, aside from the NCAAA, the National Committees on Music, Cinema, Dance, Literary Arts, Dramatic Arts and the Visual Arts.

The formal national opening of PAF is on Feb. 6 on the Marikina River banks.

The distinct and appealing architecture of Philippine mosques will be featured in Archi[types/text] 2013 through the exhibit, “MASJID: Jewels of Filipino Islamic Faith Exhibit,” which will open at the University of Santo Tomas (UST) Museum of Arts and Sciences on Feb. 5.

The mosque is the traditional place of worship of Muslims.

Filipino landscapes that are a mute witness to the history of the Philippines will be exhibited through “Hardin: Filipino Landscape Architecture in History.” The exhibit will showcase the landscapes Filipinos have done through the years such as small residential gardens, public parks, streetscapes, industrial sites and cityscapes.

“Hardin” will open at the Far Eastern University on Feb. 6.

Another design exhibit in connection with PAF is “Siglo XX: Retrospective of 20th-Century Design Exhibit,” which details Philippine designs in  the 20th century.

The book “Istilo: Guide to Architectural Styles in the Philippines” will be launched along with an exhibition in Negros Museum on Feb. 19.

The book covers the architectural styles in the Philippines and is an attempt to bring order to the semantic confusion of styles in the country.

Other activities of Archi[types/text] 2013 include the conference on architectural research and education at Bicol University, Feb. 7-8; and the launch and film viewing of the documentary, “Lunan: A History of Filipino Built Environments,”  about the evolution of urban planning, interior design and landscape architecture in the Philippines, Feb. 4 and 18, at University of the Philippines Theater and SM Iloilo, respectively.

Contests will also be conducted, such as Critical Architecture: The Honrado Fernandez Architectural Writing Competition and the interscholastic quiz show Arkwiz 2013.

Meanwhile, the literary component of the PAF, Taboan 2013: The Philippine Writers Festival, will be held Feb. 7-9 at the Bethel Guesthouse in Dumaguete City, Negros Oriental.

About 100 seasoned and 50 emerging writers from here and abroad will be gracing the festival, to talk about the concerns and issues regarding Philippine literature

This year’s Taboan will focus on Visayan literature, with its theme, “Katitikang Bisaya.”

Taboan 2013 will also hold parallel sessions on various topics such as “Your Place at the Writers’ Table”; “Chinoy Writing, Writing Chinoy”; “Experimenting with Genres”; and “Gender Factor.”

Music and dance-theater presentations will be rendered by the Tanjay City Symphony Orchestra and Municipality of Dauin Rondalla at the boardwalk of Rizal Boulevard in Dumaguete City. Writers from the Visayas region will perform the siday, balitao and balak.

A book fair as well as food and culture and arts exhibits will  be held at Rizal Boulevard.

Cultural historian and scholar Resil B. Mojares will be the keynote speaker of Taboan 2013.  His address is  “The Nation in the Visayan Imagination.”

Christine F. Godinez-Ortega, vice chair of the National Committee on the Literary Arts, is festival director of Taboan 2013. St. Paul University-Dumaguete will be one of the hosts of the festival.