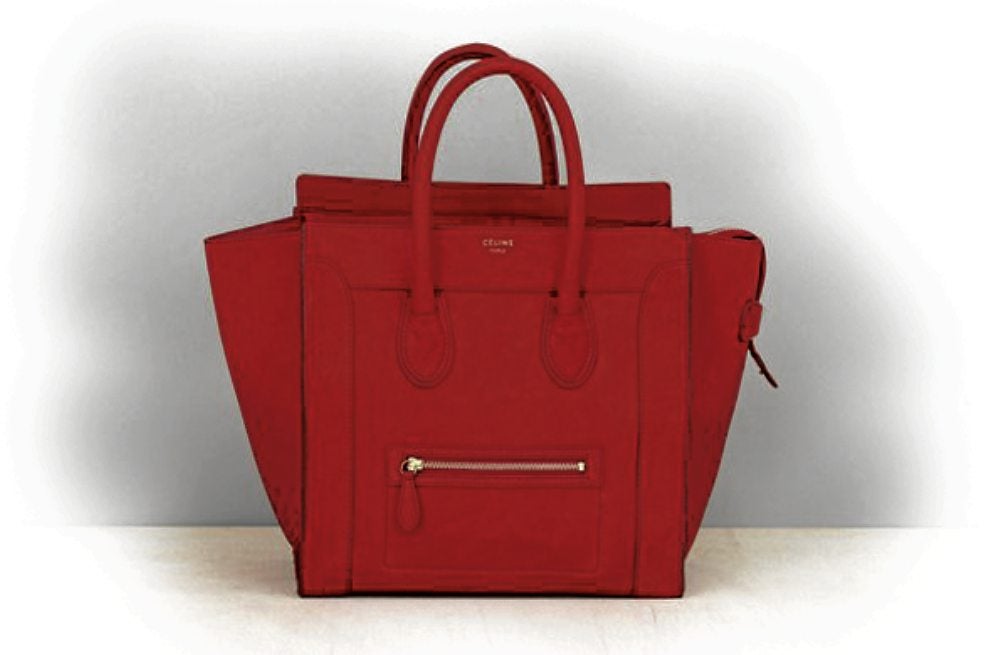 Designer purses have transcended their arm-candy status and have become currency for wealthy women and salary-earners alike.

Bags these days are traded and exchanged over and over to fulfill not just fleeting desires, but to get one through a financial bind, in much the same way jewelry used to. In a way, bags have become the new jewelry.

“Women from all walks of life are now in on this,” says Hazel Aguilar, a young mother of two who resells designer purses on the side. “We’re no longer talking of just ‘bag addicts.’ Everyone wants to own one. And because of that, it has created a business for those who want to unload their collection  to make room for new ones.”

Aguilar, who started collecting luxury purses in college, began reselling bags six years ago “when only a few women were doing so.” She only wanted to dispose of styles she was no longer using. She found the upkeep of too many purses difficult.

“They’re leather and they’re hard to maintain,” she explains. If unused and not aired regularly, leather becomes brittle and deteriorates. “And unlike jewelry they don’t appreciate in value.”

“You sell bags at a loss,” Cuason says. “I advise clients to resell only when the bags they bring to us are beyond repair, say, a Louis Vuitton Vernis, which is very difficult to fix. The reselling price is usually very cheap.” Cuason typically gets higher-end designer purses, like Chanels, on consignment, from rich clients.

Aguilar started with mostly Louis Vuittons, the ubiquitous Monogram styles that “everybody knows.” “If you’re a newbie, that’s what you want, something easily recognizable,” she notes. After all, that’s what most women are after, she says. “They want it known that they own something designer.”

Her clients then graduate to Pradas and Balenciagas. These days, Aguilar sells mostly handbags from Celine, Marni, Alexander Wang, brands only the in-the-knows are familiar with.

Aguilar’s clients have different budgets, including those who want to pay only in installments. Pre-owned purses, depending on their state and condition, can go as low as 40-percent off the price at a boutique, she says. Sometimes, if you get lucky, a woman might unload her wares for spare change when she needs “fast cash.”

“Women have varied reasons for buying pre-owned,” she says. “These are those who are not too eager to have it absolutely right now. They would rather wait. Of course, there are also those who just don’t want to pay full price.”

Carla Torres (not her real name) is one such buyer. A top human resources executive for a big company, she likes to buy pre-owned bags for the cheap.

“I think that’s the motivation: the brand and the feeling that you got it cheaper,” she says. One time, she purchased a used Prada purse for only P4,000; restoration cost her more at P5,000. But for her, it was a steal nonetheless. While Torres doesn’t sell her bags, she likes to hunt for good bargains. She belongs to a close network of women who pass their purses around.

In Torres’ company, it’s not unusual for top-level executives and middle managers  to issue each other postdated checks for designer bags, brand new or not. Rank-and-file employees are also known to set aside their 13th- and 14th-month pays for a piece of logo-filled Louis Vuitton or Gucci.

“It’s not just those who have money now,” Torres says. “Sometimes they may even put down a downpayment” for a purse, like a layaway, Torres adds. “You won’t believe the scrutiny a bag can go through! They do their research, even if it’s just for a Kate Spade bag. They know that the font for the logo is [lower case].”

It’s paradoxical, in fact, these women’s desire to own a so-called status symbol: They want something that people can easily recognize yet they don’t want what everybody else is carrying. Hence the desire to upgrade.

“You know what, it has become a venue for bonding for my friends and me,” says Torres. “A lot of them go to the stores to check the retail prices. Some are always online. We compare.”

Aguilar’s cousin-in-law in the province, for instance, had told her about a woman who comes in to their office to sell “entry-level” purses—Tory Burch, Kate Spade, Coach—on an installment basis. Her in-law works in a bank.

Politicians as well as office workers count among Roe Quiambao Dillera’s clients. She sells purses via her Facebook page called The Duchess of Luxury.

Dillera’s “backyard industry,” as she calls it, has proved so lucrative that she had left her corporate job, the same job that brought her on quarterly trips to Japan and introduced her to the world of “pre-loved” bags, parlance for things secondhand or pre-owned.

“I think these became popular when ordinary women started seeing actresses like Ruffa Gutierrez and Gretchen Barretto carrying them,” Dillera says. “Before people only knew Louis Vuitton and Gucci. Now everybody wants a Celine. When I post a Celine online, it’s gone in half a day.”

Mothers now also buy luxury purses as gifts for their teen daughters, says Dillera. “They put down ‘reservation’ money,” she adds. Dillera sells both brand-new and secondhand from suppliers abroad. Filipino women, she says, are quite meticulous, demanding that their purses come in their original boxes, dust bags and authenticity cards—often with the intent of reselling at a later time.

Dillera admits she doesn’t pay taxes for her business. “I don’t have a [physical] store, and even my customers don’t demand for a receipt. I also have resellers under me. They don’t want to be charged the 12 percent [VAT].” Most online vendors don’t pay taxes, she claims. “On Multiply, there are a lot who sell items that are even more expensive.” She has been in business for 2½ years.

These women are bemused at the lengths other women would go to to own a luxury handbag.

“I know women who travel but scrimp on food so they have money for shopping,” says Aguilar. In her circle, Torres tells of women who practically starve, subsisting on Skyflakes, just to save up for a purse. These are no different from reported tales of women from other Asian cities who live on ramen noodles for weeks to save up for that purse.

“I have a friend who only had water and bread for a month so she could buy two bags, a YSL and a Givenchy, worth P120,000,” says Torres. “She would go out with friends for coffee and she won’t order food. She’s a mom with other responsibilities.”

In Japan, says Dillera, she heard tales of young women who would have three boyfriends, ask each boyfriend to buy her the same style of bag, keep one, and sell the other two for cash.

A lot of women end up lying to their husbands, claiming the purses they bring home are either on loan or “donated” by a friend. Some husbands act panicked when they see Dillera. “But I tell them, you buy gadgets, and in months those gadgets’ value drop quicker than these bags.”

Torres likes to suspend her judgment. To each her own, she says. “Those are choices we make. Some think of it as an investment, better than shoes or furniture. Bags don’t get worn and scuffed like shoes, so they’re easier to sell. And you can carry bags [to show off] unlike furniture, that’s what some say.”

Ultimately, it’s an addiction, Torres admits, one that needs to be fed and sustained.

“You raise the bar,” says Torres. “It’s no longer just about wanting to own a red or a green bag. Once it’s gets posted on Facebook, trust me it’s gone in 10 minutes.”