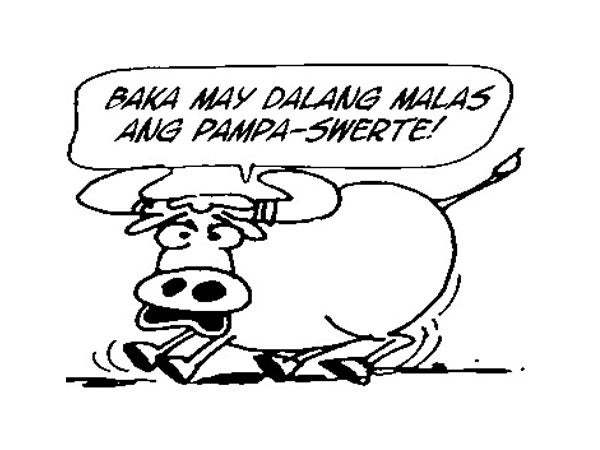 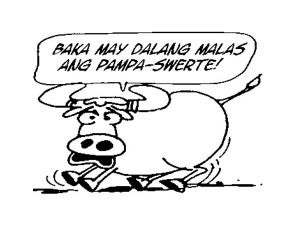 Some Chinese New Year charms and accessories might not exactly bring good fortune.

Consumer safety watchdog Ecowaste Coalition on Tuesday said it had discovered dangerous chemicals in 28 lucky charms and accessories, including a fertility amulet with a high level of lead that could induce miscarriage and premature childbirth.

Using an X-ray fluorescence (XRF) device, Ecowaste’s Task Force Chemical Safety said it found toxic metals—such as chromium, lead, mercury, arsenic, cadmium and antimony—on 28 out of 30 animal figurines, as well as on figures of Buddha and Confucius, amulets, bracelets, hanging décor, urns and other charms for wealth and good health.

The samples were tested in anticipation of the beginning of the Chinese lunar year—the Year of the Water Snake—on Feb. 10.

Out of the samples the group said it bought from different stores and shops in Manila’s Binondo district, 18 were found to have chromium; 13 had lead; nine had arsenic; six had antimony; four had cadmium; and three had mercury.

Most of the items contained mixtures of the supposedly toxic metals, it said.

Among the tested samples were a yellow-gold Chi Lin amulet containing 47,400 ppm (parts per million)  of lead and 1,350 ppm of chromium; a beaded door décor with the highest amounts of cadmium and antimony at 15,200 ppm and 3,357 ppm; a Confucius figurine containing 8,801 ppm of lead, 5,359 ppm of chromium, 1,069 ppm of arsenic and 12 ppm of mercury; six snake lucky charms containing chromium traces from 103 ppm to 972 ppm; and four bracelets which had multiple toxic metals at different levels.

“Lucky charms which are believed to produce a positive influence on a person’s good health and fortune should not contain hazardous substances that bring adverse health effects,” Aileen Lucero of the coalition said in a statement.

Amulet for the childless

She particularly cited a fertility amulet for childless couples which, she said, had the highest level of lead at 47,400 ppm, way beyond the 100 ppm limit for toys and children’s articles under the US Consumer Product Safety Improvement Act of 2008.

Lucero said lead was “extremely toxic” and could be passed from a mother to her unborn child.

“Too much lead in a mother’s body increases the risk of miscarriage or stillbirth, premature birth and low weight birth and may cause the child to have behavioral or learning difficulties. This makes the presence of lead in a ‘baby boom’ amulet bizarre and unacceptable,” Lucero said.

According to the United Nations Environmental Program (UNEP), lead is toxic even at very low exposure levels and can have “neurological, cardiovascular, renal, gastrointestinal, hematological, and reproductive effects.”

The UNEP described cadmium as a toxic metal that could adversely affect the kidneys and the human skeleton.

Cadmium, arsenic, lead and mercury on a list of 10 chemicals of major public health concern of the World Health Organization. They are also included in the country’s priority chemicals list, along with chromium.

“Toxic chemicals have no room in auspicious materials that Filipinos find in Chinatown in anticipation of good luck and as defense against misfortune,” Lucero said.

“Manufacturers should get rid of toxic ingredients in their raw materials and look for safer alternatives, and disclose full chemical information on product labels,” she added.

The Ecowaste Coalition is a national network of more than 150 public-interest groups pursuing sustainable solutions to waste, climate change and chemical issues toward a Zero Waste 2020 goal.