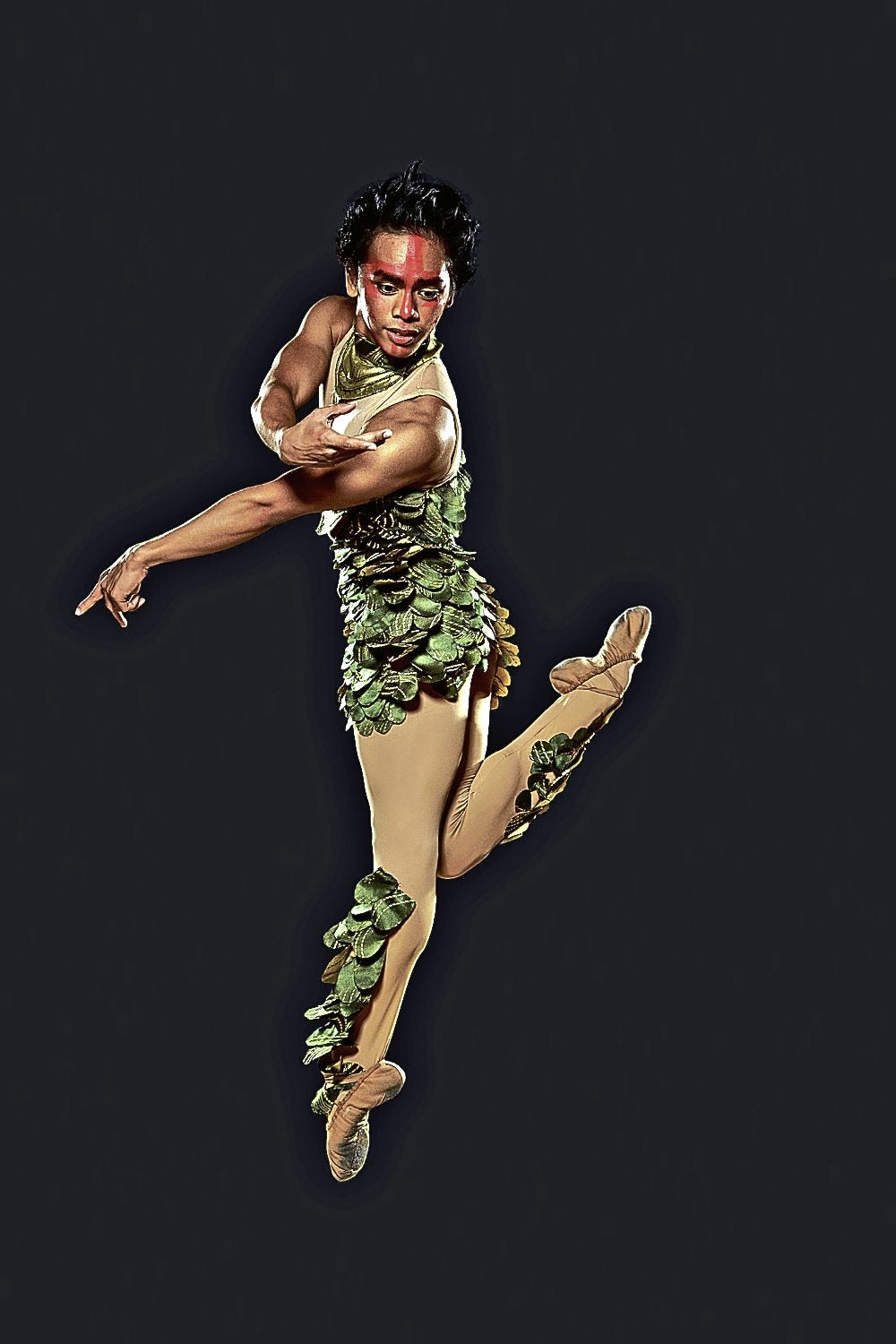 Expect no cutesy, Tinkerbell-type fairies in Ballet Philippines’ season-ender, “A Midsummer Night’s Dream,” which runs Feb. 15-17 at Tanghalang Nicanor Abelardo of the Cultural Center of the Philippines.

Hong Kong-based choreographer Carlo Pacis said he has a fresh take on the contemporary ballet based on William Shakespeare’s play about mismatched lovers and mistaken identities.

“I treated the production a bit differently, so it seems more animalistic and more sensual,” Pacis said. “It’s still done en pointe, but using my own modern spin that would hopefully still cater to a wide range of ages as I try to make the dancers’ movements sinuous—without oozing too much sex appeal.”

For his first full-length ballet, the biggest challenge for Pacis was to be so clear with the mime and dancing that even a child who has never seen ballet, or doesn’t easily understand classical ballet mime, will make sense of the complicated plot:

Oberon and Titania, King and Queen of the Fairies, argue about an Indian changeling that the queen is taking care of. To punish Titania, Oberon gets Puck, his loyal woodland sprite, to put a special flower juice over her eyes. It casts a spell that makes her fall for a man with a horse’s head. Puck ends up giving the juice to two more male mortals, resulting in a complicated love triangle, wreaking havoc on a night combining magic and men.

Brace yourselves, said Katherine Trofeo and Cyril Fallar, who will be leading the cast as a maternal Titania and “a more mature” Puck, respectively.

“The choreography is very different [from the usual] and we will try to show it through our bodies in terms of musicality, physicality and even our use of space. It would be good to keep an open mind,” Trofeo said.

Richardson Yadao will be Oberon to Trofeo’s Titania. Alternating in the lead roles are Jean Marc Cordero and Carissa Adea, while guest artist Kris-Belle Paclibar-Mamangun returns to BP as Titania on some shows.

Pacis put the musical score together by borrowing movements from German composer and pianist Felix Mendelssohn’s symphonies and violin concertos that would match the set design by Ricardo Cruz, costume by Eric Pineda and lighting by John Batalla.

“A Midsummer Night’s Dream” would be Pacis’ most lighthearted work for Ballet Philippines to date, after short but gripping pieces such as “Mithi” and “Shifting Wait,” for which he received Most Outstanding Choreography during the Philstage Gawad Buhay! Awards in 2010.

“This is also my sort of ‘coming home’ tribute to BP because I started taking classes here under Noordin Jumalon when I was 6 years old. Now teaching and choreographing for the same dance company at 36, I have come full circle,” Pacis said.

It has been written that the whole point of this Shakespearean work is to illustrate how silly people can get when they are in love. Hopefully, from the promise of what is to come this weekend, we will see no silly dancing here.