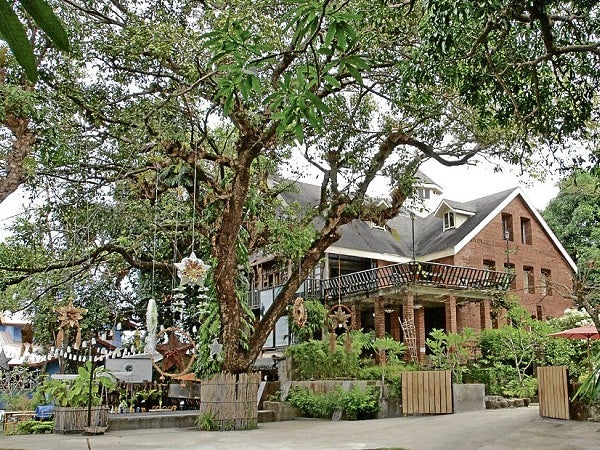 It was a lively evening of music, art and history as the Pundaquit Festival recently kicked off its 20th season at Casa San Miguel in San Antonio, Zambales. In addition to musical performances and an art exhibit, the event also served as the grand opening of the Museum of Community Heritage, celebrating the history of the town of San Antonio and barrio San Miguel.

World-renowned violinist Alfonso “Coke” Bolipata, who established both the festival and cultural center in 1993 on the site of his family’s former weekend retreat, welcomed nearly 100 guests to the launch, including Sen. Ramon Magsaysay Jr., who visited in the midst of a busy senatorial campaign.

In spite of the sultry night air, guests enjoyed freshly brewed coffee, provided by Casa San Miguel sponsor Starbucks Philippines, just before the museum officially opened for viewing. Patrons strolled through six modules depicting the rich and varied history of this small fishing village-turned-center for arts and culture in Zambales.

Among the displays are an aquarium with living corals found in San Antonio’s waters; artifacts from the town’s fishing industry; a collection of centuries-old Southeast Asian porcelain and earthenware salvaged from nearby shipwrecks; and large, colorful mobiles representing the community’s connection to the sea.

Glass walls adorned with contemporary photographs of fishermen by photojournalist Nico Sepe complement the early-1900s work of American anthropologist William Allen Reed, whose pictures of indigenous Aeta are viewed by peeking into small apertures set within bamboo poles. The effect is similar to looking through an old-fashioned pinhole camera, which adds to their vintage aura.

After a brief interlude, guests were ushered into the Ramon L. Corpus Hall to enjoy soulful violin performances by Bolipata and the resident string ensemble Pundaquit Virtuosi. The audience was also treated to the video “Pamana,” a Unesco National Commission project promoting the Philippines’ five World Heritage sites and featuring original music and songs by Bolipata and a poem by award-winning poet Vim Nadera.

Later, guests viewed an exhibit, “I Consume Therefore I Am,” by Villamarin. The multimedia work, a rumination on the inner life of Villamarin and her fellow artists, consists of wood-mounted images collaged from photos of Villamarin’s actual meals and two video presentations.

The Pundaquit Festival 20th season continues through May with different exhibits and performances during select Saturdays at Casa San Miguel, Olongapo City and Manila.

Upcoming events include the Tondo Children’s Recital in Ayala Museum, Makati, on March 23.