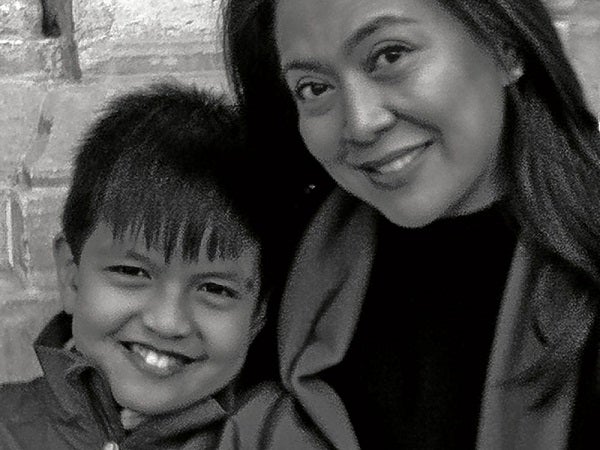 You can point a mother to the ends of the earth and it won’t weaken her resolve to find that cure for her ailing child.

Broadcast journalist Karen Davila’s firstborn, David, was 3½ years old when he was diagnosed with Pervasive Developmental Disorder, Not Otherwise Specified (PDD/NOS) in the Autism Spectrum, a severe form of autism. The development pediatrician said there was no cure for David’s condition.

Like most kids in the autism spectrum, the boy had attention difficulties. “He was spaced out most of the time, and was rigid. It was so heartbreaking to see my eldest this way,” she adds.

Davila refused to accept that there was no answer to her son’s condition. “I researched endlessly and devoted myself to making sure my son got the best possible treatment,” she says. She quickly put her son on a casein- and gluten-free diet and biomedical treatment, under the care of Defeat Autism Now (DAN)-licensed doctors.

David, now 11, has also undergone anti-fungal treatments, and has been taking supplements and B12 injections to help his attention issues. He has also benefited from the help of occupational and speech therapists. Now in Grade 5, David is in his grade level in Multiple Intelligence School, in a smaller class ratio, according to his mother.

Early last year, Davila was offered an opportunity to try the fresh cell therapy being offered by a clinic in Germany   called Villa Medica. The stem cells are harvested from lamb fetus and injected into the patient. By then, the journalist-mom had read up on the supposed benefits of stem cell on children with special needs.

In March, mother and son flew to Frankfurt, to Villa Medica’s clinic in Edenkoben.

“I didn’t consult with David’s doctors,” Davila admits. “But I have an aggressive-progressive approach to David’s condition. I’m willing to try anything that could help my son.”

Explaining the process to David was easy enough. He was used to blood extractions, and he takes some 20 food supplements on a daily basis. Her husband, says Davila, was entirely onboard.

“Doctors will frown upon this (lamb stem cell) since it is not accepted in the medical field, but I did try it for David’s sake.”

Unlike the sheep stem cell, FSCR harvests fat from the patient’s tummy or thigh; a machine then isolates the stem cells from the fat. The fresh stem cell is then injected back into the patient’s body to stimulate the production of new, healthy cells. In patients who are too old or too sick, or have autism like David, fat stem cells are taken from a close blood kin.

“Immediately, I asked Aivee to help me,” says Davila, a friend of the Teos. In November, fat stem cell taken from Davila’s tummy was injected into her son.

The Teos’ Taguig clinic has performed 50-60 FSCRs since last year, only a handful of which share the same case as David’s.

“This is a new procedure, and not a lot of parents are as brave as Karen,” Dr. Aguilar-Teo says. “A lot of people are ‘conservative’ when it comes to treatments they’re not yet familiar with.”

As for its effect on David, “after just a week or two, the results were dramatic,” Davila says. “We noticed that David was quicker in question-and-answer response. He was visibly more aware, more in the moment, and he was bantering more at home and in school.

“Earlier that year, I brought David to Germany for fresh cell therapy. The effects were quite different. I believe that stem cell coming from the human body is clearly more powerful and potent.”

The surgeons in the Teos’ clinic also injected back some of Davila’s fat stem cells into her body. Apart from its purported benefits for people with neurodegenerative and cardiovascular disorders, and diseases like diabetes and asthma, FSCR is largely touted for its anti-aging and aesthetic benefits.

“People say that I’m glowing,” Davila says of her own procedure. “I do feel stronger, but clearly you’d have to wait for the results long-term.”

Speaking to her son’s autism specialists, Davila says they have “no strong opposition against autologous fat stem-cell therapy.”

She is quick to point out, however, that stem-cell therapy, especially for children with her son’s condition, “isn’t the magic pill.” David, his mom stresses, wouldn’t have improved through the years if not for his biomedicines and special diet.

“I believe credible, proper, and autologous stem cells will make a difference in certain conditions,” Davila says. “I’ve met patients myself, but safety along with proper traditional doctor-guided medication for any illness is important.”