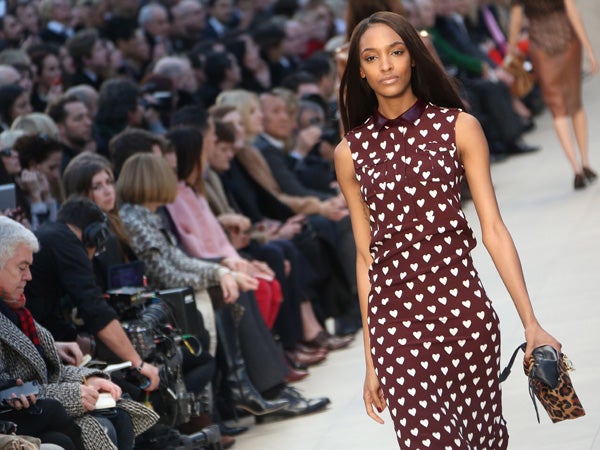 The former Gucci kingpin conjured up a vibrant spectacle, characterised by luxurious furs, flashes of fuchsia and purple along with slinky black eveningwear and pop-art inspired sequined designs.

Timberlake and Biel sat on the front-row at the Lancaster House event,

It came hours after Burberry mastermind Christopher Bailey laid down the marker with a show that the British designer later described as “a little bit sexy, a little bit Establishment.”

Model of the moment, Cara Delevingne made an appearance at the Hyde Park show, sporting a pair of heart-printed pants beneath a transparent pencil skirt, but ten-year-old Romeo Beckham, son of footballer David and star of the label’s advertising campaign, was double booked.