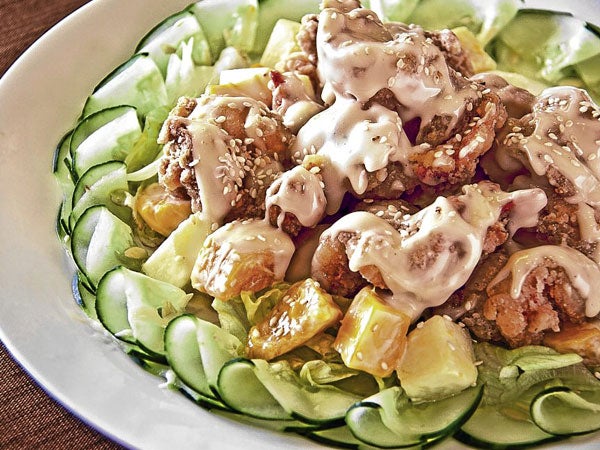 Chinese cuisine makes a comeback in the metro south

When Bellevue Hotel decided to open a fine-dining Chinese restaurant early last year, it was really so that we southerners (people living south of Makati) wouldn’t have to drive all the way to Manila for some authentic Chinese cuisine.

But, according to GM Patrick Chan, one year later, it has become a destination for Chinese food-lovers around the metro, especially with the completion of the Skyway, which has made getting to Alabang a whole lot easier.

Before Phoenix Court opened, I was resigned to the fact that Chinese food in Alabang was limited to either fast-food or short-order restaurants. While good, they were a little too commercial and lacking in authenticity.

I was excited to have been one of the first to try out Phoenix Court last year. I was not disappointed then, and I wasn’t disappointed when I visited them again on their first anniversary.

and restaurants, where he learned the intricacies of Cantonese and Szechuan cuisines.

Among his favorite and must-have dishes are the Hot Prawn Salad, which has deep-fried tiger prawn served with mangoes, apples, pineapples and lettuce; and the Deep-fried Homemade Bean Curd with Shredded Mushroom—his specialty. Made from soya bean, egg, potato stock, and served in oyster sauce, it melts in your mouth and bursts with flavor.

I am a dim sum type of guy, so I never miss out on the Japanese siomai or steamed scallop dumplings. The Xiao Long Bao is also something not to be missed. Be careful of the broth inside, though, as it is quite hot.

For dim sum lovers, the Phoenix Court has a dim sum buffet, 11 a.m.-2:30 p.m., Tuesday to Saturdays. The buffet includes hot entrée dishes and desserts, which makes its price of P650 per person great value for money.

Of course, for my six-year-old daughter, who, for some reason, has decided to make this her favorite restaurant, the Peking Duck has no rival. If given the opportunity, she can eat there everyday nibbling on the crispy skin, which is served with just the right amount of fat and meat, making it succulent and addictive.

I prefer the second way of preparation, when what is left of the duck, once removed of the skin, is chopped into small pieces and deep-fried in salt and pepper.

Now celebrating its first anniversary, Phoenix Court aims to offer its clients a complete experience that doesn’t end with the food.

Designed by Architects Illustre, the restaurant is fine dining with a homey feel. With the exception of some red upholstery and intricately carved wooden accents, the walls are painted mostly in muted cream color, for that modern Asian atmosphere. Tables are also spaced apart so guests are given some privacy even when the restaurant is full.

For big groups, private rooms are available, the Chin room being the biggest as it holds the biggest Lazy Susan I have ever seen, capable of seating at least 25 persons.

If the phoenix, which the restaurant was named after, is a bird reborn from its ashes, it is a fitting name for a restaurant that has given life back to Chinese cuisine in the south.

The Phoenix Court is located on the second floor of the Tower wing of Bellevue Hotel in Filinvest Corporate City, Alabang. It is open Tuesdays to Saturdays for lunch from 11 a.m.-2:30 p.m., and dinner from 6 p.m.-10 p.m. For inquiries and reservations, call 7718181 loc. 2211, or visit www.thebellevue.com.