Now in Manila (and the first in Asia!), IHOP is more than just pancakes | Inquirer Lifestyle ❮ ❯ 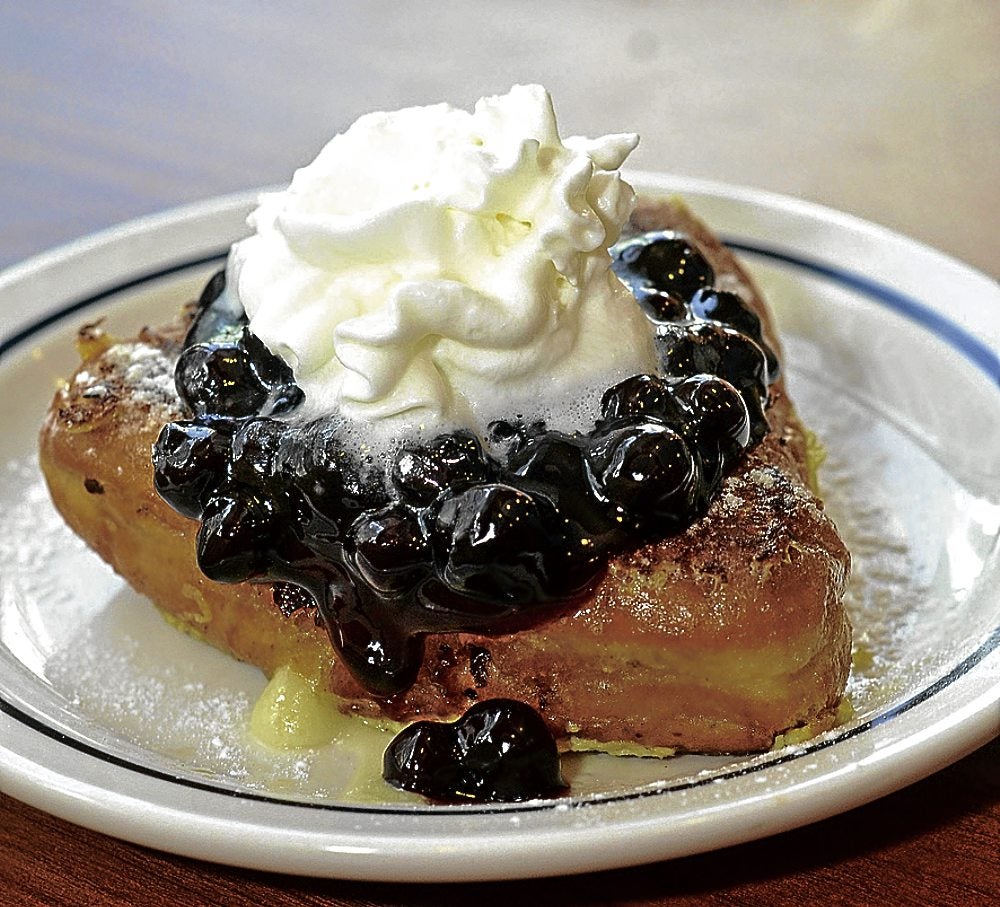 Now in Manila (and the first in Asia!), IHOP is more than just pancakes

IHOP may be known for its world-famous American-style pancakes, but the US-based restaurant chain has plenty to offer diners, including a range of hearty omelets, sandwiches and appetizers, which convinced restaurateur Archie Rodriguez to bring the brand to the Philippines.

After five long years of negotiations and planning, IHOP opened its first restaurant in the Philippines last week at the corner of 30th Street and 9th Avenue, Bonifacio Global City (BGC or better known as The Fort) in Taguig.

Known originally as International House of Pancakes when it opened its first outlet outside Los Angeles in 1955, IHOP now has over 1,500 restaurants in the US. It has also established a presence in Canada, Mexico and various parts of Latin America and the Middle East.

“Not only is this IHOP the first in the Philippines,” said Rodriguez. “It’s also the first IHOP in Asia.”

As president and CEO of Global Restaurant Concepts, Inc., Rodriguez has also brought to the Philippines such iconic foreign restaurant and food chains as California Pizza Kitchen, Morelli’s, Gyu-Kaku and PF Chang’s.

Since IHOP is primarily a family-dining destination, Rodriguez and his team, six of whom trained with IHOP for three months in the US, have also beefed up their breakfast, combo meals and kiddie offerings.

This core group of six people has been responsible for training more people in the Philippines in the run-up to IHOP’s opening. Trainers and executives from the US, led by Ana Hernandez, IHOP’s director for international marketing, also flew to Manila from LA a week or so before opening to oversee and fine-tune the restaurant’s operations.

“What a good number of people perhaps don’t know is we also offer a great selection of omelets,” said Rodriguez. “Each omelet is prepared the way they do it in the US.”

This means every omelet dish regardless of the filling comes with a splash of IHOP’s exclusive buttermilk and wheat pancake batter for extra fluffiness. Depending on your choice, each order of omelet is served either with two buttermilk pancakes or mixed fruits in season.

Meat lovers are in for a big treat, with omelets such as Big Steak and Colorado seemingly cooked with them in mind. Served with a dollop of salsa, Big Steak consists of tender strips of steak, fresh green peppers, onion, mushrooms, tomatoes, cheddar cheese and IHOP’s own “proprietary” hash browns.

“These are the same hash browns found in our breakfast plate,” said Hernandez. “They’re exclusive to IHOP. Every omelet offers layers of flavors.”

Colorado has almost the same ingredients as Big Steak, but in lieu of the strips of steak, it’s loaded with shredded beef, bacon, pork sausage and ham.

A healthier, but still “meaty” omelet option is the Chicken Fajita, which consists of grilled fajita chicken breast strips, fresh green peppers, onions and a blend of cheeses and salsa.

Vegetarians need not feel left out. IHOP also offers such meat-free omelets as Simple & Fit (made with all sorts of veggies, spices, cheeses and egg substitute), Spinach & Mushroom, and Garden.

To add more fun to dining, kids can opt for the Funny Face, a huge chocolate-chip pancake with powdered sugar, maraschino cherry eyes and a whipped topping smile, or the Create-a-Face pancake.

What’s more, every item, down to IHOP’s hearty dinner favorites such as French Onion Pot Roast, Country Fried Steak and Fried Chicken Dinner, is served with a smile.

For added variety, IHOP also offers a range of fruit and Nutella crepes as well as French toasts topped either with strawberry or blueberry, and loaded with a sweet creamy filling. Servings may be hearty, but they’re far from humongous.

“Omelets in the US, for instance, are served in portions that work for the American market,” said Rodriguez. “We came up with the right sizes here, which we believe should be right for Filipinos.”

Apart for certain proprietary items exclusive to IHOP such as syrups and batter mixes, most of the rest of the ingredients are sourced locally.

“Specs-wise, if we can’t get, say, the right chicken size, then we would have to get it in the US,” said Rodriguez. “But we get most of our meat and produce locally.”

IHOP’s two-story BGC branch can sit as many as 130 people, and is open every day. To serve late-night and early-morning crowds, the restaurant is open 24 hours on Fridays and Saturdays, and from 6 a.m. to 12 midnight the rest of the week.

“The first floor can sit only 20 people because I want the second floor to be the main dining area,” said Rodriguez.

The second floor’s glass-lined picture windows offer a refreshing view of BGC’s running park. Just being there in the morning, Rodriguez added, gives you a wonderful feeling.

DQA, a local architectural firm, was responsible for designing and building the restaurant based on specs set by IHOP’s head office.

Before the year is over, Rodriguez hopes to open three more IHOP restaurants in Metro Manila: Quezon City (in the Katipunan area), Greenhills and Alabang.

Rodriguez’s dad, Jack Rodriguez Sr., also a restaurateur, partner and board member of the Bistro Group of Restaurants, had wanted to bring IHOP to the Philippines as early as 20 years ago. Since the older Rodriguez failed in his mission, he passed on the challenge to his son.

(The younger Rodriguez has nothing to do with Bistro’s operations, as the older company and Global are independent of each other.)

“My dad told me that this is a 20-year-old dream for him,” said Rodriguez. “He’s glad that it is finally coming true through me. Still, it took me five years to finally see it happen.”

What finally convinced IHOP in the US to enter the Philippine market? There were two main reasons, Hernandez said: when the company realized how huge the market’s potential is, and when they finally found a reliable partner in Global to effectively penetrate this market.

“For many years, we’ve had the vision and the interest of coming here to Asia, and reach out to more consumers,” she said. “But it was only when we got to know people from Global that we found the perfect partners.”

For his part, Rodriguez is thankful for the trust and privilege of representing IHOP, which, in many ways, epitomizes the family-dining concept Global excels in. The innate culture of making people happy “by spreading” it internally and externally is what IHOP is all about.

“IHOP is an iconic brand,” he said. “They have a rich heritage that we’re now bringing here. The brand is about doing it right and sticking to tradition, which we understand. And they seem to appreciate our track record after being in business for 16 years.”

As concurrent head of InterDine, a subsidiary of Global Restaurant Concepts, Inc., Rodriguez can enter into joint ventures with other Southeast Asian companies in opening IHOP outlets within the region. In effect, he will be the sole representative of IHOP, as it continues to expand in this part of the world.

As one of the biggest restaurant companies in the world, DineEquity, the US-based company behind IHOP, is also behind the Applebee chain. Rodriguez wants to focus first on expanding IHOP’s presence in the region before adding more names to his growing list of global brands.

“Once I’ve opened at least 12 IHOP stores in the Philippines, which I hope would happen in less than three years, I could start looking and developing those countries I’ve reserved.”