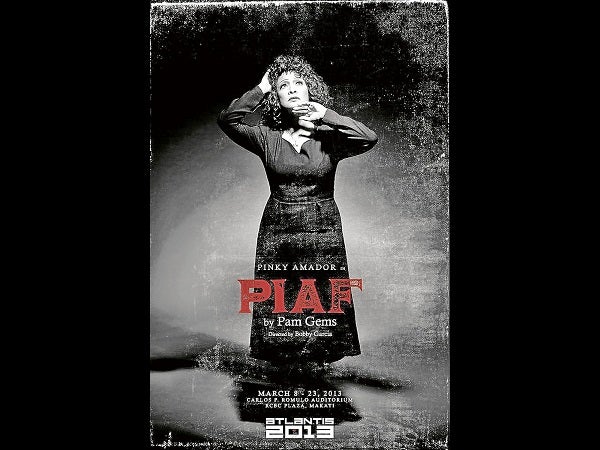 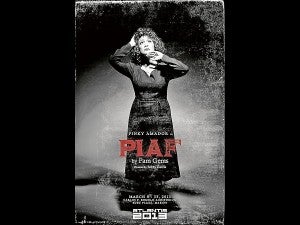 “No Way to Treat a Lady” received a Fred Ebb Award for Musical Theatre Songwriting, a Richard Rodgers grant, and a nomination for Best Revival by the New York Outer Critics Circle.

ISHMAEL Bernal’s classic film “Himala” was transformed into a musical in 2003, with screenwriter Ricky Lee writing the libretto and collaborating with composer/musical director Vince de Jesus on the lyrics.

On its 10th anniversary, a concert celebrating the musical opens March 15 and runs until March 24 at the Peta Theater Center, featuring the original cast—May Bayot, Isay Alvarez and Cynthia Culig-Guico—and several new performers. Piano accompaniment written and to be performed live by Jed Balsamo, with Soxie Topacio returning to direct the performance.

DULAANG UP presents “Collection,” a new play by multiawarded playwright Floy Quintos (See review on page C1). It runs until March 3 at the Wilfrido Ma. Guerrero Theater, Palma Hall, University of the Philippines Diliman. For sponsorship and ticket inquiries, contact the Dulaang UP Office 9261349, 9818500 local 2449 or 4337840 (look for Camille Guevarra or Samanta Clarin).

TANGHALANG Pilipino’s dance-musical adaptation of the Bicolano epic “Ibalong,” adapted for the stage by playwright Rody Vera and directed by Tuxqs Rutaquio, with musical direction by Carol Bello and choreography by Alden Lugnasin, runs until March 3 at CCP’s Tanghalang Aurelio V. Tolentino.

9 WORKS Theatrical’s first production for 2013 is the Marvin Hamlisch-Carole Bayer Sager musical “They’re Playing Our Song,” copresented by The Rockwell Club and The Peninsula Manila.