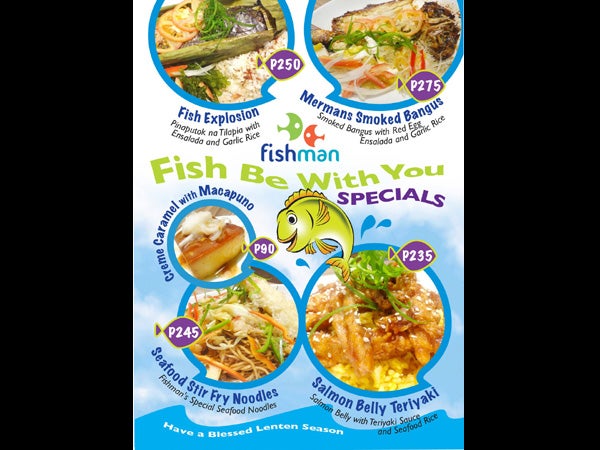 MANILA, Philippines – Making sacrifices does not mean having the same fish fillet or Chicken Inasal over and over again this Lenten season, according to Chef Peter Ayson.

In a recent interview with Inquirer.net, the head chef for new seafood fast casual dining place Fishman said that he and his team have whipped up meatless goodies for residents and workers in Bonifacio Global City, just in time for Lent.

“You can make sacrifices but still have good food,” he said.

They also included as a Lenten special dessert its take on the Filipino favorite leche flan, the Creme Caramel with Macapuno. 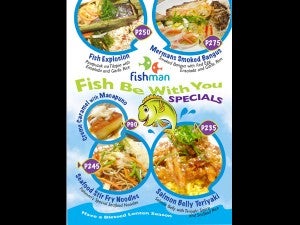 “We decided we’ve seen a lot of chicken-saturated restaurants and decided we wanted to offer an alternative to that—fresh seafood all day,” said Ayson, adding that his team would constantly think up various menus to offer their customers—something which would set Fishman apart from the usual fastfood experience.

“We do change menus every three months so there’s always something fresh every time you come back,” he added.

Fishman is known for serving up hefty servings of seafood, churned out in “under ten minutes” but they also offer pork and chicken on the Out of the Sea section of their regular menu—the difference with the Lenten Special is that it ensures that the dishes served up for customers are meatless.