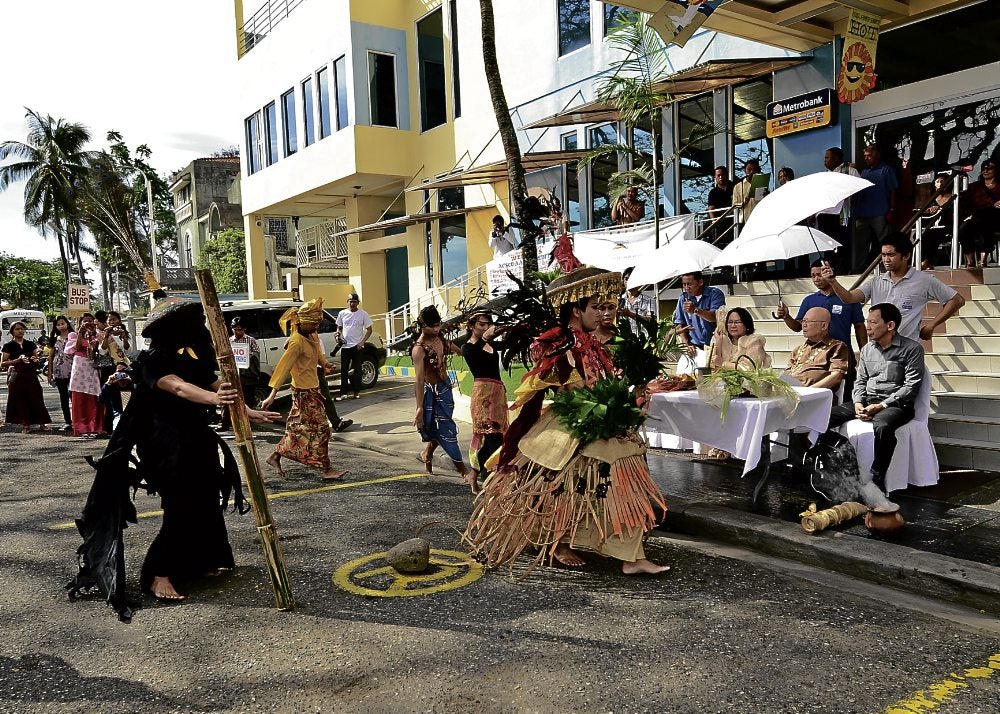 In the tales of Scheherazade, a company of merchants and travelers set sail in the seven seas, voyaging from isle to isle, trading goods in the marketplace of cities. They would be received in magnificent halls and seated with nobles and sheikhs to conduct more trading—exchanging stories of marvels and adventures.

The Taboan Writers Festival was established to serve as a marketplace for creative and critical interface between writers, readers and the local communities. Since 2009, the festival has journeyed from region to region, supplemented with satellite activities across the archipelago.

A flagship project of the National Commission for Culture and the Arts’ (NCCA) Philippine Arts Festival (PAF), Taboan 2013 was held on Feb. 7-9 in Dumaguete City, Negros Oriental.

The organizing committee was led by festival director Christine Godinez-Ortega and Priscilla Supnet Macansantos, head of the NCCA’s National Committee on Literary Arts.

Topics and issues relevant to our national literary growth and specific to Visayan literatures were the foci of the panels and parallel sessions: diversity of Philippine traditions; development of regional literatures; current trends (genre, e-book, networking);  special sessions on Visayan writers and writing.

Scholar Resil Mojares delivered the keynote address “The Visayas in the National Imagination” at Bethel Guesthouse, the main conference site.

He underscored the perennial problem in the national literary map: the question of balance, in terms of representations from the regions; and the invisibility of Visayas and Mindanao in the cartographic imagining of the nation.

Mojares called for a national literature, richer and more diverse, perhaps a kind of dominion with polycentric structure.

“Your Place at the Writers’ Table” was a forum on the subtle politics of literature which seems to tarnish the sacredness of a writer’s vocation.

Critic Isagani Cruz rendered a witty commentary on the writers’ role in society, appropriating verses from the Bible.

National Artist Bienvenido Lumbera appealed to the scholars in the regions to take an active interest in their own writing.

Since its inception, Taboan has been forward-thinking and far-reaching in its vision to strengthen the community of writers, and to bridge gaps in writing and culture: the older generation to the younger generation; the canonical set to the emerging, unnoticed and unknown cluster; the major ethnolinguistic writers to the minorities; and literature to the other arts.

Special events in the form of outreach activities to local schools were Taboan’s brilliant efforts to bring the writers to the students, the readers and the community.

Invigorating discussions transpired in the panel on Catholic publishing and local history writing, held at Colegio de Sta. Catalina de Alexandria. Questions on “the righting of history” and on the distinctiveness of Filipino Catholic writing were raised.

These special events also paid tribute to writers from the Visayas, a commendable mode of affirming their position in the national literary landscape.

Alunan, who gave the keynote speech, described the intellectual atmosphere in Silliman University during the 1960s-1970s, and the founding of the summer writers workshop. Declaring that “our age bears the marks of their work,” she called it “The Age of Tiempos.”

She observed that one of the fruits of the workshop was its reproduction in the southern regions of the country, particularly the Iyas Creative Writing Workshop in Bacolod and the Iligan National Writers Workshop.

Myrna Peña-Reyes enlightened the audience with her engaging presentation on little-known poet Dumaguete-born Artemio Tadena (1939-1977) at the panel held in Foundation University. This was reinforced with astute insights on Tadena’s work by poets Cesar Ruiz Aquino and Francis Macansantos.  Peña-Reyes mused: “Had Tadena lived, he would have moved to the realm of epic.”

This year’s Taboan was studded with rite and pomp, augmenting the PAF’s theme of “Celebrating Icons.”

The opening ceremonies began with a parade of writers and delegates, and cultural performances by Buglasayaw of Foundation University; SPUD Handuraw Dance Troupe; the rondalla of the Municipality of Dauin; and Norsu Kabilin Dance Troupe.

The culminating pageant was the grand Taboan Awards. Established in 2010, this honor is given to writers who have significantly contributed to the development of language and literature in their region.

The finale was delightfully encapsulated with bold, stirring performances of Southern Philippine poetry by the Ipag, titled “SugaTula” (Crossing Poetry), and a gentle concert of classical music and folk songs by the Tanjay City Youth Symphony Orchestra.