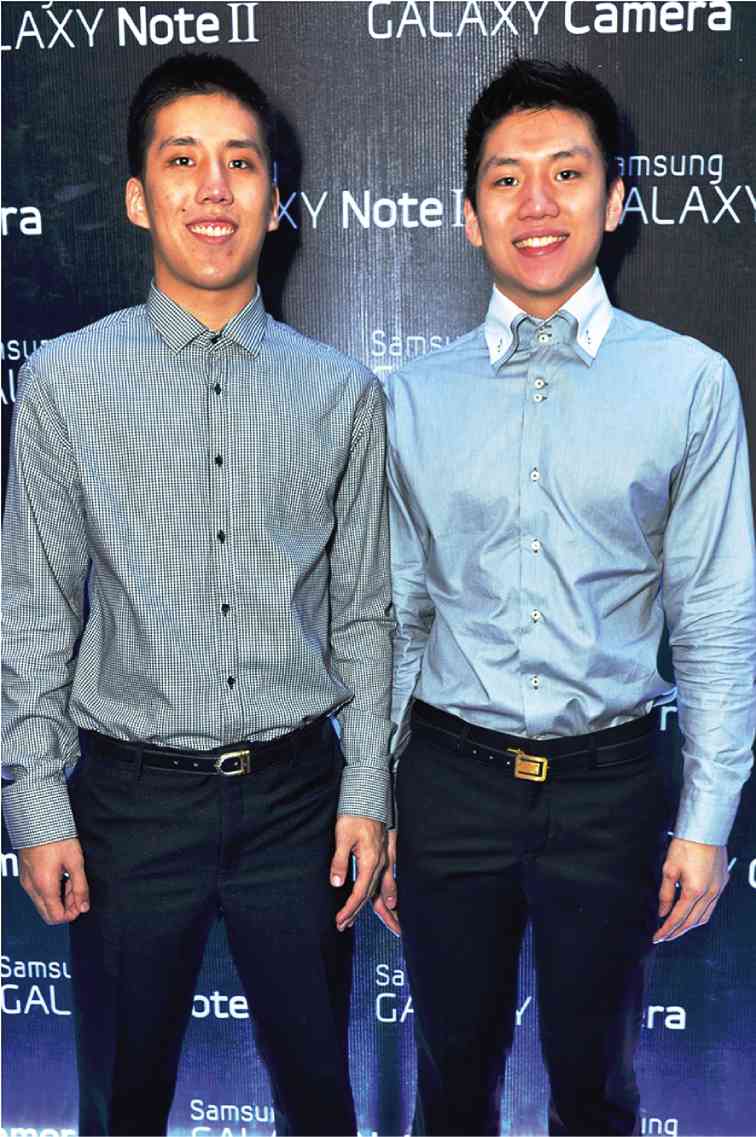 Brothers Jeric and Jeron Teng have made a mark in the UAAP games because of their unlikely competition. Jeric is a UST Tiger and Jeron is a DLSU Archer—their sibling rivalry was elevated by a ball and a net. But life for the brothers go beyond basketball, and their Samsung Galaxy Note II helps them live it to the next level.

Jeric, the older of the two, likes watching TV series such as “The Walking Dead.” The Galaxy Note II, which has a 5.5” HD Super AMOLED screen, allows him to watch movies and videos in crystal-clear detail. Its 16:9 screen ratio achieves a cinema-like video viewing experience. Plus, with the Galaxy Note II’s Air View feature, Jeric can now preview scenes just by hovering his S Pen over the video’s timeline.

Jeron, on the other hand, is more of a celebrity stalker. Now that he’s on Instagram, he’s photobombing with lady celebrities such as Lovi Poe and Solenn Heussaff. This is why the Galaxy Note II’s 8-megapixel rear-facing camera and the 1.9-megapixel front-facing camera are perfect.  The camera’s features also include Buddy Photo Share, which automatically recognizes his friends’ faces and allows him to share the photos with them; Burst Shot, Best Photo, and Galaxy Note II’s unique function called Best Face, which allows Jeron to choose his most preferred face of each person in a group photo.

Playing ball is as important as keeping their grades up. The Galaxy Note II has been their perfect companion for school work. With the S Pen that’s now longer, thicker and ergonomically designed, jotting down notes in class has never been easier. Research is also easier with the Easy Clip feature, which allows them to instantly outline and crop any content on the screen. Once done, they can edit the cropped content through coloring, shading, or their own personal handwriting.

Galaxy Note II comes with the latest hardware technologies. A mighty 1.6GHz Quad-Core processor and HSPA Plus connectivity make it ideal for multitasking with its lightning-fast screen transitions, powerful browser performance and minimal app load time. It is also powered by Android 4.1 (JellyBean) OS, which brings stunning graphical capabilities and an upgraded Google Now service. And with the 16GB internal memory and a microSD slot (up to 32GB), brothers Jeric and Jeron can download apps and store more photos than ever!

Rivals they may be on the hardcourt, but Jeric and Jeron have found common ground in their love of the game and their Samsung Galaxy Note II.