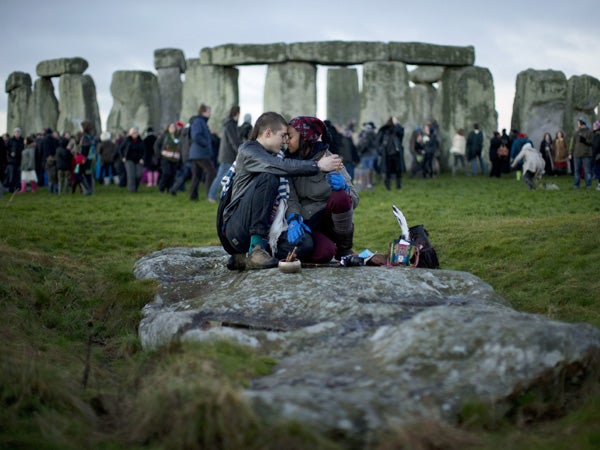 LONDON— British researchers have proposed a new theory for the origins of Stonehenge: It may have started as a giant burial ground for elite families around 3,000 B.C.

Researchers say that analysis of cremated bones of 63 people excavated from the site suggested that family groups were buried at a circular enclosure — a larger, earlier version of Stonehenge, built 500 years before the monument we know today.

Professor Mike Parker Pearson, at University College London, said the human remains included men, women and children, and the location of many of their bodies was originally marked by bluestones.

In addition, Pearson claimed that study of settlement remains found near Stonehenge showed that up to 4,000 people from across Britain had traveled to the site to build Stonehenge over about 10 years.