Hand it to the likes of Liz Uy–the new ‘It’ career is fashion styling | Lifestyle.INQ ❮ ❯ 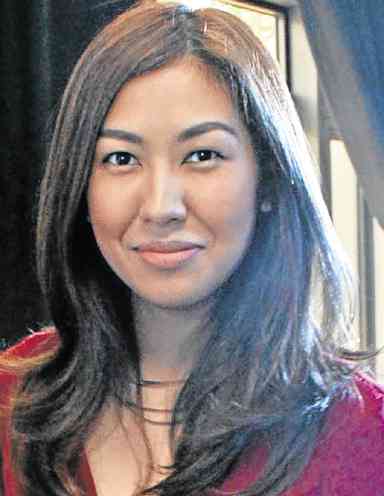 It may be purely the love of fashion. Or perhaps it’s the perceived attendant fame and glamour. Whatever the hook, there’s no denying that “fashion stylist” is the new “It” career for many ambitious young things.

It wasn’t long ago when donning a chef’s toque or peering through the lens of a DSLR camera was the trend. Hand it to the likes of Liz Uy for creating yet another career direction. If creative individuals these days aren’t struggling to become fashion designers, not a few of them are working as fashion stylists.

Uy, and the likes of Jenni Epperson before her, have all reached celebrity status and gained recognition doing a job largely unfamiliar in this town some 20 years ago. Some have parlayed their styling jobs into other lucrative gigs, building glossy images for themselves that have landed them product endorsements or consultancy work, on top of well-paying corporate clients, as well as celebrity patrons.

(Their Western counterpart, Rachel Zoe, who dresses Hollywood’s A-list, has her own reality TV show, and a fashion line.)

Celebrities effectively bestow luster on the names of their stylists, upping the stylists’ market value. Uy has posed for billboards and magazine covers alongside some of her clients, who are also her friends. (Of course, it did help that she was also romantically linked with some very famous men.)

One only has to look at Uy’s career path to know that, indeed, fashion styling can truly bring in the goods. It’s well-known in the fashion industry that styling for editorials—magazines and newspapers—won’t pay for the designer togs and shoes seen on the often-photographed former fashion editor. The moolah ought to be coming from somewhere else.

“Styling for magazines is all about love, more than anything,” Uy says. “It’s more for fulfillment, seeing your work immortalized and [credited in print].”

What pays, she says, is having celebrities for clients, especially those with product endorsements.

First, the celebrities themselves have wardrobe budget. Second, when they shoot an ad, the celebrities could demand for their choice stylist, with the production house or advertising agency footing the bill.

Conversely, Uy explains, a production house or ad agency may overrule such demand once they establish a rapport with a certain stylist.

There’s no standard rate for corporate styling, according to Uy, and she declines to say how much a stylist of her stature is paid per project.

“Maybe someone else charges even more,” she says.

“There are stylists who specialize in TV soap operas, engagement shoots, etc. There are different markets. I do feel that there are enough styling jobs to pass around,” notes Yap, who also took up varied courses in New York’s Parsons School of Design.

“It’s a job that’s not just about being creative,” says Noel Manapat, the man responsible for the images on Bench billboards and ads in the last two years. He was an adman and magazine editor. “You also have to be a good manager.”

Manapat, also the stylist behind many high-profile fashion shows—Cary Santiago’s “Red” gala, Leslie Mobo’s “Colours” gala in 2012, the Bench underwear show, among others—says stylists often commit the mistake of “investing” in so much stuff in anticipation of a future styling need.

In short, “You shop, shop, shop. It pays the bills, but it’s also a convenient excuse to spend,” he says.

“I do not get it sometimes when older people discourage kids from going into fashion, thinking it is shallow,” says Yap. “Fashion is a multi-billion-dollar industry,” he adds, citing that some of the world’s richest men own fashion empires, including Spain’s Amancio Ortega who owns Zara, and Japan’s richest, Tadashi Yanai, who owns Uniqlo. (Ortega was listed No. 3 in the just-released 2013 Forbes billionaires list; Yanai was at No. 66.)

Epperson, who concedes that the work of a stylist has been “glamorized,” relates a fascinating take on the proliferation of fashion stylists and the resultant competition.

“Patrick Rosas [the veteran makeup artist] once told me that our careers as creatives are like a pyramid. Since you’re a pioneer, you’re at the top. As your number grows, it doesn’t mean that you will begin to make your descent, and thus have to lower your fee to keep up with the newcomers. The pyramid only increases as the bottom does, Patrick said. And I realized that’s true. There’s enough room for everyone. I, Liz [Uy], Pam [Quiñones], we all get as many jobs as we could handle.”

Epperson, who worked in retail for seven years, belonged to the batch of stylists who came after the pioneers like Michael Salientes, who came from Details magazine in the US.

Apart from Bench apparel, Manapat does styling for other brands and corporate clients, and dresses up KC Concepcion and Dingdong Dantes for special events.

Yap styles a mix of editorials, engagement shoots, celebrities for TV, as well as print ads and TVCs.