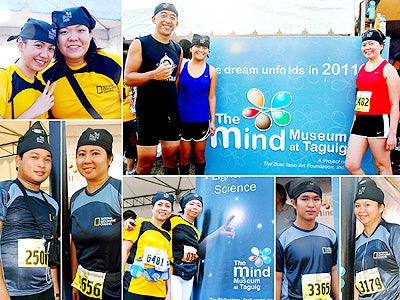 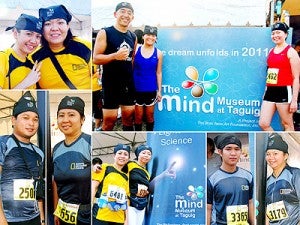 MANILA, Philippines – The Bonifacio Global City (BGC) committed to doing to its share in protecting the environment, continues to support projects and institutions that advocate education about planet earth, like the National Geographic and The Mind Museum.

Fifty-four runners joined the group of pioneering individual donors as they donated to The Mind Museum’s “Light-a-Star” project. For as little as P1,000.00, the runner gets to have a star named after him or her at The Mind Museum’s virtual exhibit (www.themindmuseum.org). A P10,000.00 to P15,000.00 donation affords the runner a galaxy. All donors will also be recognized at the museum’s donors’ markers for 10 years when it finally opens in December this year. The runner-donors will also receive a Donor’s Certificate, a sponsorship badge and an exclusive National Geographic and The Mind Museum runner’s bandana.

Opportunity for individuals to make a mark at The Mind Museum and help move it to completion is still available at its website.

As a learning facility with over 200 interactive exhibits, the museum is expected to fascinate and inspire people especially the young generation to take up careers in science.

The Mind Museum is a unique landmark located right at the heart of BGC, in the super-prime 12,000-sqm site of J.Y. Campos Park. Its space-age architectural design will in time heighten the chic and vibrant landscape of Bonifacio High Street.