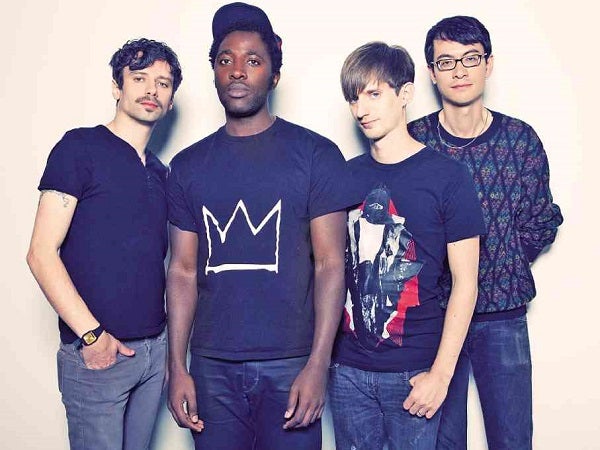 THE LONDON quartet is slated to perform live in Manila on March 22, at the World Trade Center in Pasay City.Visit www.ticketnet.com.ph for tickets.

Produced by Alex Newport and distributed by the label Frenchkiss, the album that was released in August 2012 boasts a lineup of 12 tracks incorporating vivid, textured melodies against patterned auditory attacks sans electronic augmentation. It’s a totally different approach since the band shot to fame in 2005.

The album opens with “So He Begins to Lie,” in which Matt Tong gives a typical, introductory thud, gradually peaking alongside Gordon Moakes and Russell Lissack’s playful guitar-shredding.

A formulaic trend is present in the songs “Kettling,” “Coliseum” and  “3×3”—Kele Okereke singing and yelping against a backdrop of gradual but volatile sonic patterns, bringing about an “anthemic” vibe distinct to the band.

Elegantly standing out is “The Healing” where a cello can be heard virtuously locking with Okereke’s glorious voice while singing, “As life gets harder/whatever strikes/you will heal.”

“Octopus,” on the other hand, is reminiscent of the band’s old songs, “One Month Off” and “Trojan Horse.” The third quarter of the song showcases the best of Lissack. But the surprise lies on how it preludes or appears to be a blatant pastiche of another song in the album, “Team A.”

Fragments of the album sounded like rushed works, like bonus tracks “Mean” and “Leaf Skeleton,” which sorely lack a great climax—only oscillating between percussive hits and mathematical fret-play.

Scattered in the compilation are gems “Day Four,” the apparently Phillip K. Dick-inspired “V.A.L.I.S.” and the ballad “Truth” that attempt to fluidly strike on all sonic avenues and absorb listeners the same way as the flickeringly beautiful “This Modern Love” and “So Here We Are” do.

The album culminates into a precisely “dirty” and angsty track, “We Are Not Good People,” where the band apparently displays its sociopolitical side (which it also did in “Kettling”), channeling the “Occupy” movement through its lyrics: “You see you’re not dumb/you’re just not aligned/Because you could be the one percent/If you wanna.”

“Four,” despite all of its inconsistencies and mercurial tendencies, appears to be a solid testament of how Bloc Party embraces the changes brought by its sabbatical. The album gives its listeners a little bit of everything—rock, romance and poetry—the same repertoire for its last three albums. Just minus the synthesizers.