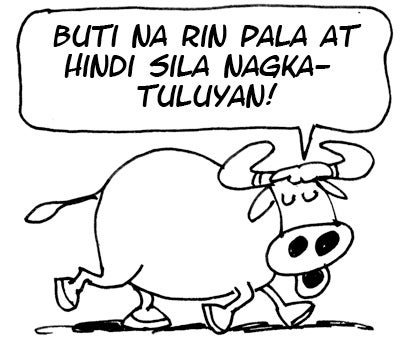 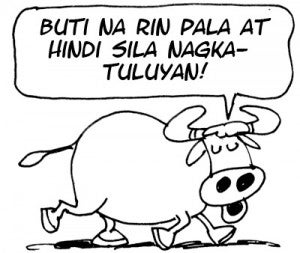 BUENOS AIRES—The courtship was over even before it began.

“If I don’t marry you, I’ll become a priest,” Pope Francis reportedly wrote a bespectacled, white-haired woman identified only as Amalia in a letter more than 60 years ago, when they were just 10 or 12 years old.

They didn’t get married. He became a priest. And on Wednesday, he became the Pope.

“In the little letter, he had drawn a little house with a red roof and white walls and he wrote, ‘this house is what I’ll buy when we get married,’” the woman remembered, standing on the sidewalk in the Flores neighborhood where they were both born.

But the seemingly innocent promise was taken very differently by Amalia’s conservative parents, who were scandalized that their little girl was receiving notes from a boy.

“I have nothing to hide, it was a thing of children,” Amalia said decades later as reporters and television cameras swarmed.

Nevertheless, her parents tore the letter up and did whatever was necessary to keep their daughter away from the young Jorge Bergoglio.

Bergoglio, archbishop of Buenos Aires and Primate of Argentina, was elected Pope on Wednesday. He is the first man from the Americas to hold the post.

The first moments in the spotlight for the new Pope who has embraced humility must have come with mixed emotions,  a fact perhaps best understood by the woman—not Amalia—who has known him her whole life.

“Poor man,” Pope Francis’ sister and only living sibling, Maria Elena Bergoglio, said in sympathy as she imagined his thoughts just before walking out on the balcony before the massive crowd in

St. Peter’s Square in his first appearance as the Pontiff.

And yet, “how exciting, to hear the crowd chanting, ‘Long live the Pope!’” she mused.

She said she cried when she heard the news, and only wanted to give her big brother, 11 years her senior, a hug.

Dressed austerely in a dark green sweater and with barely combed gray hair, she agreed to talk to dozens of reporters waiting outside her home in a middle-class neighborhood on the outskirts of Buenos Aires.

She said she never expected her brother to be Pope.

“My brother fulfilled his duties, with increasingly more responsibilities, but I never believed this,” she confessed.

She said she couldn’t predict what her brother would do as Pope, but noted that “his inclination” had always been “to work for the poor, the most marginalized.”

She offered a prayer “that the Holy Spirit will strengthen” Francis for his new role, and spoke of feeling pride “not only as a family but as the Argentine people.”

Francis is the oldest of five children—three boys and two girls. His three other siblings, Alberto, Oscar and Marta Regina, have already died.

Decades before he became Pope Francis, Bergoglio was a “little devil” who jumped up and down the stairs of his century-old Buenos Aires school, the establishment’s mother superior told the AFP.

De La Misericordia school, where he celebrated his first communion at the age of 9, Sr. Martha Rabino remembered.

“He was a devil, a little devil, very mischievous, like every boy,” the 71-year-old nun said with a smile. “Who would have known that he would become Pope?”

Rabino wept tears of joy when the 76-year-old Jesuit, who still shares tea with milk with the school’s nuns, was elected to the throne of St. Peter on Wednesday, becoming the first Latin American leader of the world’s 1.2 billion Catholics.

“That’s how saints are,” said Rabino, who taught catechism to Cristina Kirchner in the nearby city of La Plata decades before she became president of Argentina.

Bergoglio and Kirchner are known to have a frosty relationship, but Rabino voiced hope that the Argentine leader’s visit to the Vatican for the cardinal’s formal installation as Pope next week would change things.

“The two have very strong personalities and very firm convictions, but I was very happy to read the letter that Cristina sent,” she said, referring to the congratulations conveyed by Kirchner. “She will probably kiss his ring, so she will have to reconsider things.”

The new Pope’s family home in the Flores neighborhood was only two blocks away from the school’s parish church and the family attended Mass there every Sunday.

When he became a priest, Bergoglio returned to lead Mass during important events.

“The family went to Mass every Sunday. The mother was very Christian and pious. He learned a lot from her,” Rabino said.

Other nuns marked the childhood and spiritual life of Bergoglio, like Sister Rosa, his first teacher. He visited her frequently until her death last year at the age of 101.

“He liked to ask Sister Rosa what he was like when he was a child, and the sister, who was old but very lucid, would reply: ‘You were a devil. Did you get better?’ And he would roar with laughter,” Rabino said.

“Sister Rosa would tell him: ‘I remember when you learned your multiplication table on the stairs and you jumped the steps, two by two, repeating: two, four six. You were tireless,’” she said.

His catechism teacher, Sister Dolores, was also a big influence, and he cried during a night of prayer after her death two years ago.

“She was another nun that he deeply loved,” Rabino said.

“She was his catechist when he was 8 years old and he never forgot her. He visited her until her death, and when she died he spent the night crying, he didn’t drink anything,” Rabino added.

Bergoglio spent his childhood in the Flores neighborhood, and he developed his religious vocation at San Jose de Flores Basilica, where he led Mass at the start of every Holy Week.

The cardinal offered his resignation to Pope Benedict XVI when he turned 75, but the Pontiff rejected it, Rabino recalled.

“He was a visionary for rejecting it. Bergoglio was thinking of returning to Flores. He told me ‘I will spend my last days here.’ But Benedict didn’t let him. It was possibly an inspiration that came from the Holy Spirit,” she said.

Moving slowly along school hallways due to arthritis in her feet, which forces her to walk around in slippers, Rabino remembered the joy of learning that Bergoglio had become Pope.

“I jumped from my seat. I think that was his first miracle as Holy Father,” she quipped.

The nun described the new Pope as “a discreet, serene man of great spirituality, very firm but modest and accessible.” The cardinal, she said, refused to take taxis, preferring to take the bus.

She said Bergoglio wrote long letters by hand in very small print, always signing them with the words “pray for me.”

“Now we have to pray for him more than ever,” she said. “He is a gift to the Church, a breath of fresh air, like opening the windows.”