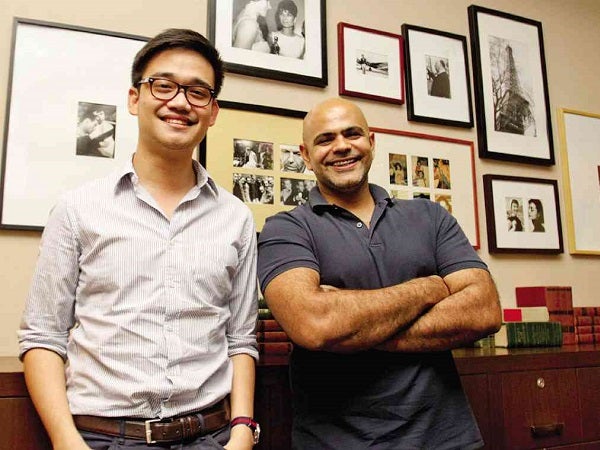 This Holy Week, interactive Stations of the Cross at Fort Boni–for believers and non-believers alike

Walk through the last moments of Jesus’ life and rediscover your faith this Holy Week through the art installations and interactive stations in “Walkway: Reflections on the Stations of the Cross,” on March 24-31, 11 a.m.-11 p.m., at Bonifacio Global City, The Fort, Taguig.

“Walkway,” put together by the independent organization called Church Simplified, is now on its fifth year. Already it has become the last stop for devout Catholics after their annual pilgrimage or Visita Iglesia.

The mall, with its rows of restaurants, is just the perfect stop for families to rest after their long journey. The kilometer-long Stations of the Cross, however, is also designed to lure even agnostics and atheists.

“We wanted to create a space where people can come to investigate what Christianity is. Some stations have more historical facts, and some are reflection pieces. So if you’re not into the spiritual side of things, at least you can connect to it on an intellectual level. There’s something for everyone,” said Bebo Bharwani, founder of Church Simplified.

Church Simplified, an independent organization of young, passionate people, gives the annual Catholic tradition a makeover that will connect more with the youth or even bring back into the fold the prodigal sons and daughters. Stretching from Bonifacio High Street all the way down to the 7th Avenue, art installations are designed and created by artist Liliana Manahan.

“It’s a great tradition that we have as Catholics. In a culture where we do it every year, we want a fresh take on it, especially for a younger crowd who is exposed to different forms of media. Sometimes its ability to connect to us is lost. So we decided to make an installation that’s very artistic and visually engaging,” said BJ Albert, a member of Church Simplified.

The stations are not the traditional 14 stations that focus on the suffering of Christ, starting with Jesus’ condemnation and moving toward his execution and death. “Walkway” ends in a hopeful note—Jesus’ resurrection symbolizing the salvation of mankind.

“Walkway” begins in The Garden, where Jesus negotiated with His Father to take the cup of suffering away from him (in previous years, this station featured dusty mirrors so you can see your reflection and know that Jesus died for you) and ends at The Table, where people partake of bread and wine in memory of their Savior.

The 14 stations are: The Garden, The Betrayal, The Trial, The Verdict, The Whip, The Curse, The Cross, The Two Simons, The Crucifixion, The Mother, The Promise, The Darkness, The Cloth and The Table.

Some stations have recreations of the whip, the crown of thorns and even a cross you can carry over your shoulders. There are walls where you can attach a small piece of paper with names or photos of people you want to be blessed, and a fish bowl containing names of strangers you can say a quick prayer for.

You can also nail a black piece of cloth to a gigantic cross, the black cloth representing something you want to give up—a nasty habit or an addiction, for example, and not just for the Lenten season.

“There’s a purpose to what we do for the installation. The installations say what we want to communicate. There are reflective points that allow people to connect with the events of the stations. When Jesus was betrayed by his friends, maybe you have been betrayed also, or you betrayed others. It connects you now to the event. The visual art matches the event or the emotion we like people to experience,” Albert said.

Bharwani said they try to change things each year. For 2013, piped-in music will be installed in the stations to shut out the world—in this case, that would be the excited crowd of mallgoers, many with their dogs in tow.

Information/facts for every station will also be printed in large letters to avoid overcrowding in any of the station displays, and to allow people privacy for reflection.

On Easter Sunday, a free concert features the American rock band Jars of Clay at the BGC Central, 7 p.m.

Last year, “Walkway” attracted more than 30,000 visitors. That’s a huge turnout for the group, which started its Stations of the Cross on the top floor of Fully Booked five years ago.

Church Simplified, founded six years ago by members of South City Church (now called Without Walls) in Alabang, is so named because it wants to go back to the simplest possible form of the church. It is a group of people “journeying together to take the next step with Jesus.”

“Seekers are varied, trying to make sense of God and faith. The essence of it is, do you love God? Do you have an intimate relationship with God? Do you love people? Do you have people who are walking with you? Are you trying to use your life to better the world? We can walk together and help each other move forward. We think that is the essence of what a church is,” Bharwani said.