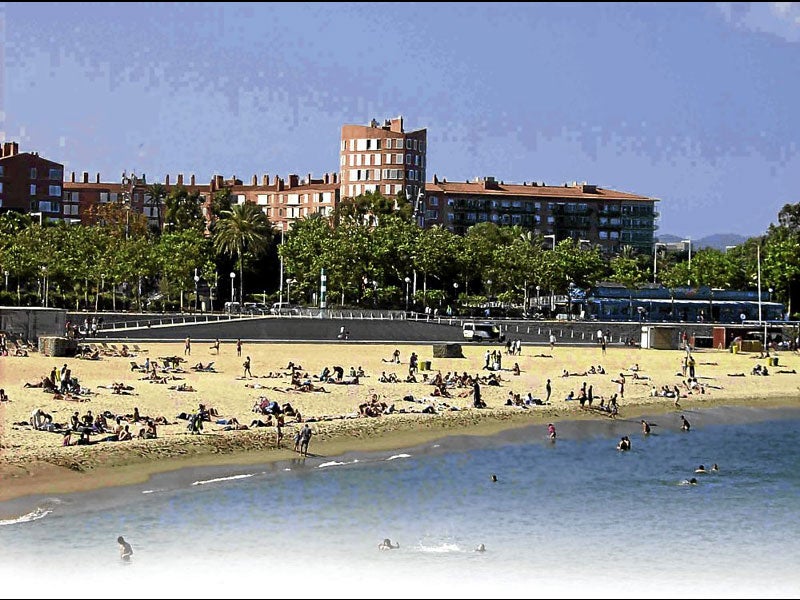 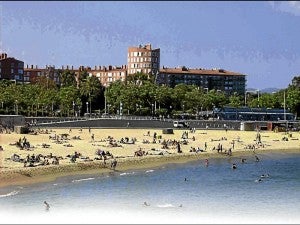 The surprising thing about Barcelona is how relaxed it feels. It’s a vibrant city, but also refreshingly laidback. Perhaps it’s because the city grew beside the coast of the Mediterranean sea. When you’re that close to so many beaches, really, who has time for angst? It slowly but will surely enchant you.

We flew to Kuala Lumpur from Diosdado Macapagal International Airport (aka Clark Airport) with Air Asia, and then switched to its long-haul carrier Air Asia X to fly to Paris’ Orly Airport. We hopped on a Vueling flight, Spain’s low-cost carrier, and one hour later, we were in Barcelona.

After a quick stop at a Turisme de Barcelona (the city’s tourism office) kiosk, positioned immediately outside the customs exit in the airport, to ask for maps and general directions, a bus ride dropped us off at Placa Catalunya, smack in the middle of the city. Surprisingly tiny when seen in  free maps for tourists, this large plaza is the nerve center for travelers, the landmark from which all adventures and itineraries are usually plotted.

A demonstration (or two) was happening in the plaza.  Even the demonstrations had a relaxed feel (this is not a light observation, having grown up in Manila where high emotions on the streets are daily fare).  People laughing; information desks (!) set up to provide passersby answers to the issues on hand; brightly colored Catalan flags wrapped around the plaza’s statues; dogs wading in the fountains, pundits in scientist costumes putting on street theater to narrate their cause. 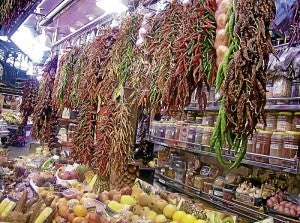 Is this a political demonstration or street fair?  Whatever it is, it’s a great introduction to the city’s energy. And also strangely apt for a Filipino visitor to encounter this show of public resistance, given that this city is where the reformist propaganda newspaper of Rizal’s time, La Solidaridad, was published.

From the plaza to our hotel, it’s a short ramble down tree-lined, animated La Rambla street, the major tourist artery. Lined with hotels, hostels, restaurants and souvenir shops, it has a promenade filled with snack stalls, flower booths, human statues, fortune-tellers, dancers and musicians. Oh look, there’s a Joan Miro tile mosaic on the pavement.

A day or two later, we would slooowly partake of paella in one of the al fresco dining areas of the restaurants. Of course, we paid a little more than usual since these restaurants are obviously tourist traps, but the chance to people-watch was worth the price.

Hotel 1898 celebrates Spain’s past connection with the Philippines (the year our country gained independence) through its use of the former office building of Compania General de Toabacos de Filipinas.

Barcelona interior designer Rosa Rossello has created a stately feel with dark tones and bold lines while peppering the walls with black-and-white photo murals of details from the Philippines, such as woven mats and even criss-crossing telephone lines. 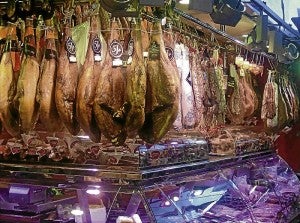 If you’re lucky to get a room facing La Rambla, you’ll get a bird’s eye view of the goings-on in the street. It has a rooftop pool and bar, and the building’s basement warehouse has been transformed into a spa with an indoor pool.

Who wants to stay indoors, tempting as it is, when there’s a city to explore? A short walk further down La Rambla will already take you to the pier; it’s the center point for several beaches on its left and right. In the opposite direction is the Eixample district, where shopping awaits.

Turisme de Barcelona has a kiosk along La Rambla and several in Placa Catalunya, with a big office underneath the plaza accessible via an escalator. Official brochures and maps and advice from English-speaking staff make trip planning a breeze. It also has an official guidebook filled with detailed maps, proposed routes, and information of interest on landmarks and attractions.

It offers the Barcelona Card, which includes free travel on public transport, discounts and free offers at museums, cultural venues, leisure facilities, night-clubs, shops, and restaurants. Recommended is the double-decker Barcelona Bus Turistic, a convenient way to get an overview of the city’s attractions and to get your bearings as you plot which places you’d like to explore. You can get on and off the Bus Turistic as many times and for as long as you like at any of the 44 stops. 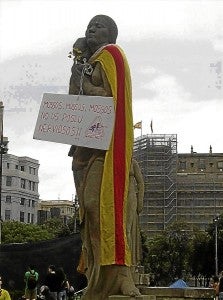 But the best way to experience a city is, without a doubt, walking in, through and around it. We recommend the walking tours of Barri Gotic (Gothic Quarter), the old Roman settlement of Barcino from which the city evolved.

The tour takes you to the side streets, revealing surprising landmarks in the middle of nowhere, including pillars from ancient Roman structures that have been preserved. And the tour guide might show you a prime example of how relaxed an attitude Barcelonins have, even when it comes to architecture: When they couldn’t fit an arch décor on a wall completely through because of an ill-placed perpendicular wall, they just folded the arch!

There’s also a walking tour of Catalan modernisme architecture, some of which are Unesco World Heritage Sites. The most well-known proponent of the modernisme aesthetic (known as Art Nouveau in the rest of Europe) is Antoni Gaudi.  His curving, rippling building facades dot the city and reach their zenith in the city’s most renowned landmark, the Basilica i Temple Expiatori de la Sagrada Familia (Basilica and Expiatory Church of the Holy Family).

The crazy patterns of Gaudi’s aesthetic somehow mirror the myriad choices the city has for tourists—food and shopping, of course, but also performances, from music to flamenco.

Sports buffs can catch football games in the city and visit the Museu Olimpic i de l’Esport (Olympic and Sports Museum), built to commemorate the city’s hosting of the 1992 Olympics. 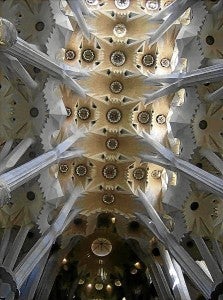 If you’re lucky, the city’s team Futbol Club Barcelona (also known as Barca) will be winning against whatever team it’s against and you’ll experience hearing a whole city cheer in unison through the night as the game goes on. And you get to join the street victory parade the following day.

If walking and bus rides are not your cup of orxata de xufa (a local drink made from tigernuts), the city offers bicycle, scooter and moped tours, and, for those who can afford it and want a special experience, helicopter tours.

With the World Youth Day 2011 to be held in Madrid August 16, Filipinos who will participate should maximize their Schengen visas and swing by Barcelona before coming back home.