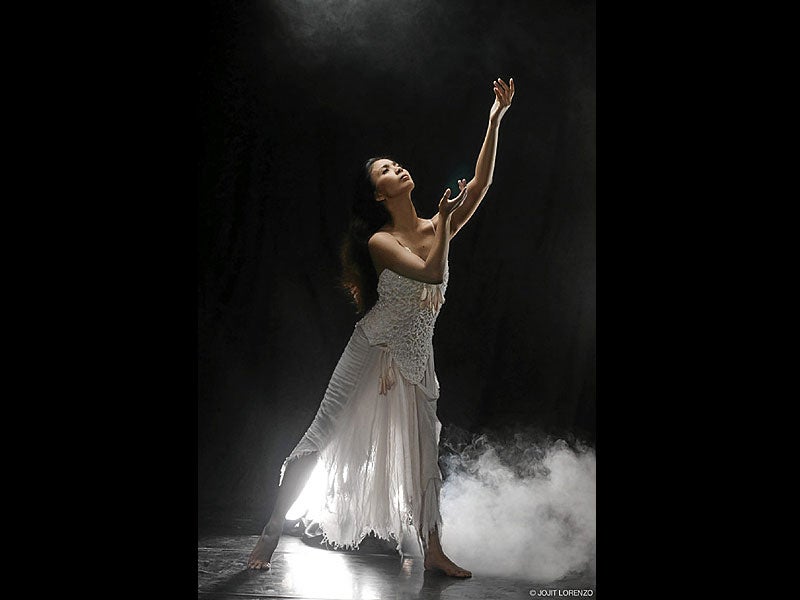 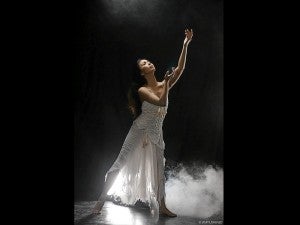 “Nervous… afraid… worried” is Agnes Locsin’s  reaction to anticipating the second restaging of “Encantada,” since it premiered 20 years ago at the Cultural Center of the Philippines.

Locsin is particularly vigilant about whom she casts, primarily because the dance language she has chosen to choreograph in is one all her own, developed and evolved through the years, and has come to be known as “neo-ethnic.”

Locsin’s passion for local mythology, beliefs, and practices have been the subject of her dance essays such as “Moriones,” “Taong Talangka,” “La Revolucion Filipino,” and others, many of which were premiered during her term as artistic director of Ballet Philippines.

During that period, Locsin’s dance style was naturally imbibed by her dancers, particularly members of  what was known as “BP 2” or the company’s second company.

“Encantada” demands that “Locsin-ish” stance and attack. It was for this reason that Locsin entrusted three of her former dancers to restage “Encantada” for the second time: Lugnasin, who is presently Ballet Philippines’ resident choreographer; Judell de Guzman Sicam, who danced the title role on the first restaging; and Annette Cruz Mariano, who was also in the original cast.

Even so, Locsin, after seeing a rehearsal run, feels “there’s much to do.” Analyzing the strengths and weaknesses of the present corps of  dancers, she intends to oversee the final details to explain “every single detail of Encantada.”

She says, “We can see the enthusiasm of the dancers to embrace this very strange dance, so we expect they will rise to the challenge of dancing with flexed feet, curved backs, and without arabesques.”

Alternately dancing the leads are two internationally awarded dancers: Georgette Sanchez and Candice Adea. Ms. Sanchez, who had danced with Locsin as a Ballet Philippines company member, is steeped in the modern dance idiom. She is the silver medalist in the 9th Concourse International de Danse de Paris; nominated by the Critics Surveys in Europe as one of the “Young Dancers to Watch”; and was named “Best Dancer” in avant garde choreographer Karole Armitage’s “10 Poems.” 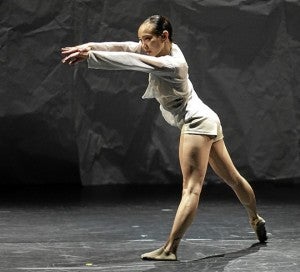 Given these differences in their dance styles, both dancers are sure to deliver their own distinct expressions to Locsin’s work. Physically, also, both dancers are of different body types: the bob-haired Ms. Sanchez is more solidly built and moves with the sharpness and angularity of a modern ballet trained body.

These differences echo the distinctions among the predecessors of the role—Cecile Sicangco-Ibarolla, on whom the title role was originally choreographed, and Judell de Guzman-Sicam, who danced the role in the first restaging.

The theme of “Encantada” reads similar to Nick Joaquin’s “Tadtarin” and the ballet blanc section of “Giselle,” where woman plays a central role in deciding on, and interceding for the fates.

Evolving from the collaborative work “Sa Bundok ng Apo,” written by Al Santos and with music by Joey Ayala, “Encantada”  is further contextualized by that transitory period in our history, when Catholic ritual and animist belief systems struggled to find their place in a nation at the point of conquest. 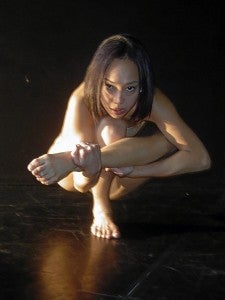 Of late, Locsin’s works have been purposefully focused on the preservation of environment, a subject she had touched on in “Encantada.”

Twenty years later, Locsin’s view and understanding of the tale she helped weave has grown deeper. “My sentiments regarding history and current events have changed in that it has grown more intense in desiring for improvement and conservation of life and nature.”

Her work-in-progress, “Ugat,” which she started earlier this year, clearly exhibits this  impassioned stance of her advocacy.

The very fact that Locsin’s subject matter has survived, if only from a more desperate perspective, is reason enough to resurrect it and view it in a present context, where “waves of tears flowing endlessly in devastating torrents” are no longer some poetic hyperbole of  a goddess’s grief, but a grim reality of nature biting back; where perhaps in some distant village swallowed up by swirling murky flood waters, the fantasy of an Encantada and the spirits of nature performing a sacrifice and ritual can “spring life forth once more from the ruin.” Life sadly imitates art.