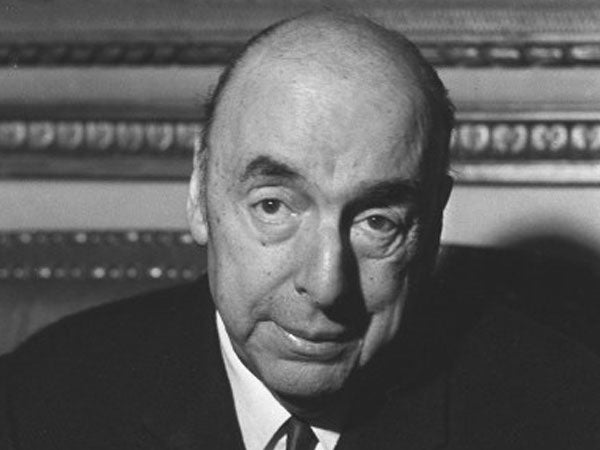 ISLA NEGRA, Chile—The exhumation of Chilean Nobel prize-winning poet Pablo Neruda began Monday to determine if he died of cancer or was poisoned by the Pinochet dictatorship he strongly opposed.

The process started with the breaking of the tomb housing his remains at one of his homes in the resort of Isla Negra under the supervision of Judge Mario Carroza, lawyers and a dozen forensic experts.

The leftist author, who died 12 days after the 1973 military coup that ousted socialist president Salvador Allende and brought General Augusto Pinochet to power, was long believed to have died of prostate cancer.

But officials in 2011 started looking into the possibility he was poisoned by agents of the Pinochet regime, as claimed by Neruda’s driver.

Police investigators and government forensic experts were on the scene Sunday and set up a tent to shield and protect the tomb where the remains of Neruda’s third wife, Matilde Urrutia, are also interred.

Neruda won the 1971 Nobel Prize in Literature and is best known for his love poems and his “Canto General” — an epic poem about South America’s history and its people.

The Chilean justice system gave the go-ahead for the probe in June 2011 after a complaint was filed by the Chilean Communist Party, of which Neruda was a member.

In addition to the driver’s accusations, the official complaint cites witnesses who say Neruda was healthy up until the day before his death and did not exhibit symptoms consistent with advanced cancer.

The results of the inquiry — not expected for at least three months, judicial sources told AFP — are expected to support or refute the charge made by Neruda’s driver and personal adviser, Manuel Araya, who believed the poet was slain. Araya’s claims spurred on the Communist Party’s complaint.

Araya says Neruda died after receiving what the driver believed was a suspicious injection at Santiago’s Santa Maria Hospital days after the coup that brought Pinochet to power.

Neruda’s death certificate, to which AFP obtained access, says he died of complications of prostate cancer.

Neruda’s family and the official foundation that administers his work have both accepted the official cause of death, saying in a 2011 statement that there was “no evidence or proof” to suggest foul play.

“We simply want to learn the truth, to get to the bottom of the family truth,” Rodolfo Reyes, Pablo Neruda’s nephew, said at the grave site.

“Neruda’s family wants to know the truth, regardless of whether he died of natural causes or was murdered.”

“It is not easy for us to explain what they are going to do with the remains, but we think it is necessary,” he added.