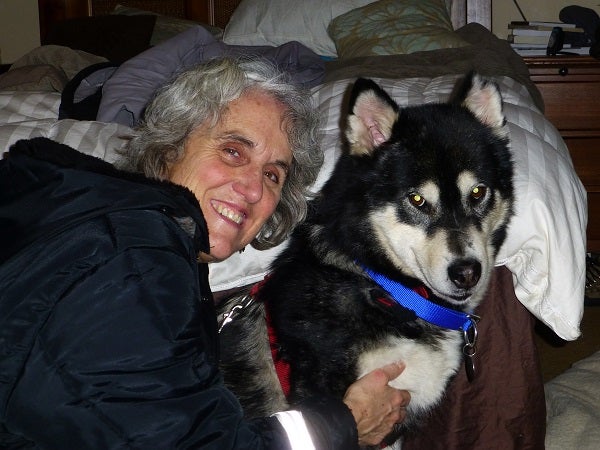 LOS ANGELES—Watching as a beloved dog is swept out to sea is heart-wrenching. Doing nothing seems unthinkable.

But experts say that is exactly what a dog owner should do: nothing.

“The human-animal bond is no joke. Most pet owners are very attached to their pets,” said Dr. Lynn Miller, a veterinarian who runs the animal clinic at Travis Air Force Base, north of San Francisco. “But you’re not going to save your dog by risking your own life. It does your dog no favors in the end if he comes back and you’re dead. Then what is he going to do?”

Five people have died in attempted dog rescues in Northern California since November, said Coast Guard Petty Officer 2nd Class Pamela Boehland, based in Alameda, California. A couple of months ago, Boehland teamed up with the National Park Service and the East Bay SPCA on a campaign to keep people on dry land if their dogs get caught up in the surf.

The average dog is a better swimmer than the average human. Dogs such as Labrador retrievers, German shepherds and pit bull terriers are built like boats, the vet said. Their heads are above water, they have a low center of gravity, they have four legs for propulsion, their lungs have a higher capacity than a human’s, their fur keeps them warm in cold water — and many have waterproof undercoats — and some dog breeds have webbed feet.

Using their namesake swim stroke, dogs can find their way back to shore using currents and their fight-or flight-instinct, Miller said.

Dogs are single-minded, focusing on finding safety, while humans panic or become distracted, Miller said. Owners who try to make a rescue also may go into shock from the cold water, try to fight the current and get tumbled around, or tire easily, she said.

People also don’t think about what will happen if they do follow a dog and manage to reach it alive, Miller said.

“A Coast Guard dude in a boat’s got a better chance of snatching him up than you do of swimming out and grabbing him and hauling him back. Fifty pounds of wet dog is absolutely no fun to drag anywhere, much less back to shore,” Miller said. “You sure can’t put him on your back.”

Currents might cause a dog to come out of the water some distance from the spot where it went into the sea, so a microchip and collar with identification can speed up a reunion, said Allison Lindquist, president of the East Bay Society for the Prevention of Cruelty to Animals.

The recent California deaths occurred during sunnier weather, when seas were churned up by storms from Alaska. But such storms, with their sneaker or rogue waves, are possible any time of the year, especially when seasons change, Lindquist said.

In Southern California, where pleasant weather year-round draws visitors to the shore, many patrolled beaches do not allow dogs. That includes Los Angeles County, home to famous beaches in Malibu and Venice, said Dan Murphy, an ocean lifeguard specialist.

Some breeds, Miller said, shouldn’t be on a beach without a life vest. Those include pugs, bulldogs and others that “can barely breathe when they are walking;” dachshunds and corgis with legs too short to swim; and Chihuahuas and other toy dogs, Boehland said.

It is rare that a dog will be swept away by a rip current, but lifeguards’ message to pet owners is the same as Boehland’s, Murphy said.

“They should let a lifeguard know and if we have personnel available, we will attempt a rescue. Upon reaching the dogs, they are usually more than happy to climb aboard our rescue board or Baywatch rescue boat,” he said.

“If you’re not a trained rescue person, you might be doing more harm than good,” added Petty Officer 3rd Class Ross Ruddell, based in Boston.

Boehland said that sometimes, even trained officers can make that mistake, citing the example of a Coast Guard officer who died four or five years ago while trying to rescue her dog.

“Everyone is susceptible. The Pacific Ocean is cold and can be cruel,” she said.