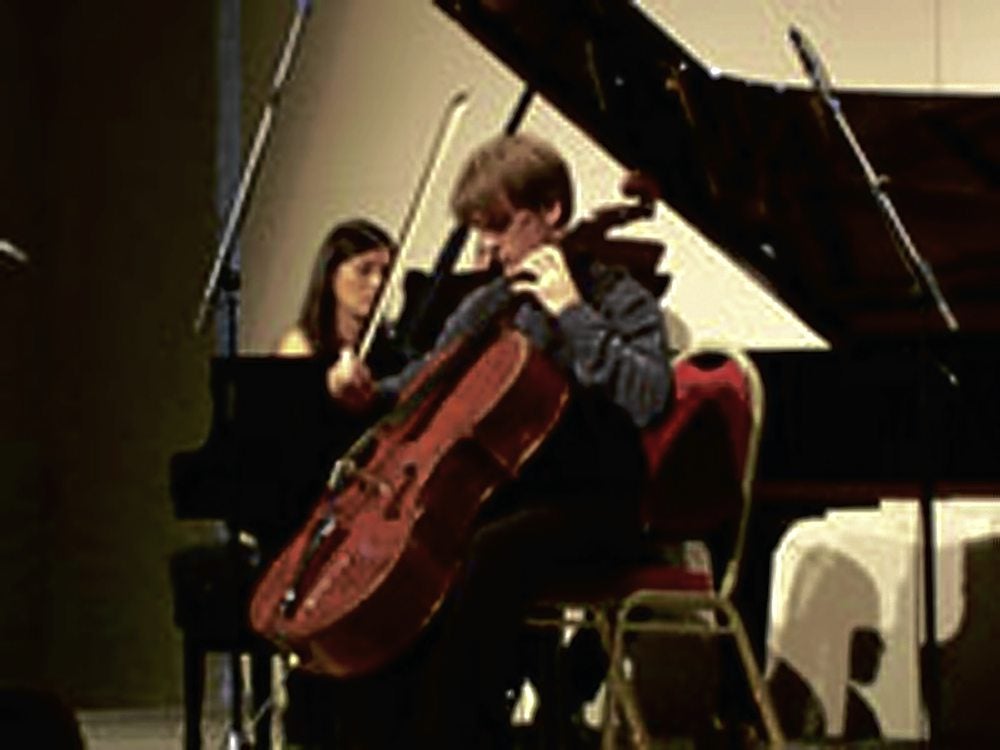 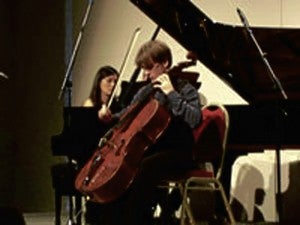 Described by the Washington Post as “a remarkable musician and thinker” and “absolutely at home in the most strenuous modern scores,” Gerhardt said musicians often got obsessed with not making mistakes and in the process the whole performance sometimes ended up being too mechanical.

“It is the personal touch that I find missing today, for all the excellence on the show,” he told Strad.

He pays homage to cello icon Pablo Casals, whose personal sound he appreciates more than the perfect sound of Yo-Yo Ma, another institution in the cello world.

Gerhardt—who is launching his latest CD, “Casals Encores,” with pianist Cecile Licad, under Hyperion label this month— noted that he could not distinguish Yo-Yo Ma from other cellists by simply listening to him.

“I’ve never recognized Yo-Yo Ma on radio. I always thought that it must be somebody fresh from college, very well trained but without much character as yet.”

Moreover, the German cellist said that while Casals had excellent, original sound, his (Casals’) recordings sometimes suffer from wrong choice of pianists. “Casals put up with certain pianists who just plodded along and didn’t even play all the notes.”

He told Strad that the first thing he did when planning a recording was to choose pianists of the first rank. He got the courage to ask Licad and could hardly believe when she agreed.

“The calibre of her playing lifts the piano parts to an unprecedented level of quality,” he said.

Gerhardt, who was last heard in the Philippines in 2009, said his musical partnership with Licad had been an “incredible journey” for him, from being a stubborn, rather small-minded, typical “German” musician to being much more open, spontaneous and flexible, especially in the approach to Brahms or Beethoven.

Said he: “Cecile (Licad) has taught me how to look beyond what is ‘right’ or ‘wrong,’ purely by her playing, not by trying to convince me eloquently.”

Licad—who had a triumphant Moscow debut in Russia with Brahms No. 1 last April — is headed for South Korea to play chamber music in the Great Mountains International Music Festival July 26- Aug. 10.

Gerhardt’s cello playing has been described by the New York Times as “bold, technically resourceful and rhythmically incisive.”

He defines musical rapport in chamber music thus: “For me, a good musical rapport between two musicians means that both speak the language of music, both understand music on a very deep level, and they can play together without having to talk about it too much. They understand each other without the benefit of the spoken words. Of course, they do rehearse, but in the performance, they might do things quite differently, from what they have done in rehearsal. In other words, they allow themselves to being completely spontaneous without having to give obvious signs to each other but by just simply listening to what the other is doing and reacting to each other.”

Gerhardt debuted with Berlin Philharmonic as soloist in Rococo Variations under Semyon Bychkov.

What does he try to achieve in a performance?

“Even if the piece is familiar, I try very hard to make it sound new and exciting as though it were the first time I have ever played it,” he said. “At the same time, I try to be as truthful as possible to my own feelings as well as to the music. I absolutely hate any kind of ‘tricks’ in music—actually in anything in life. I like to see things as real as possible, and I want honesty everywhere as well as in any performance.”

In his Manila performance in 2009, Gerhardt exhorted Filipinos to support music in the country as well as listen to concerts. “I think everyone should inspire the youngsters to learn an instrument. A society in which the young people are all playing video and computer games and only listen to the brain-cell-killing music being played at clubs is a society in grave danger.”

Ocampo has a unqiue debut album titled “Cradle Songs,” a collection of art songs and lullabies from all over the world, sung in their original languages. The recording won the Best Lullaby Album and Best Classical Album at the 2004 Children’s Music Awards, chosen by over 70 schools in the United States. She was last heard with PPO as the alto soloist in Sir Michael Tippett’s “A Child of Our Time” under the baton of Eugene Frederick Castillo.