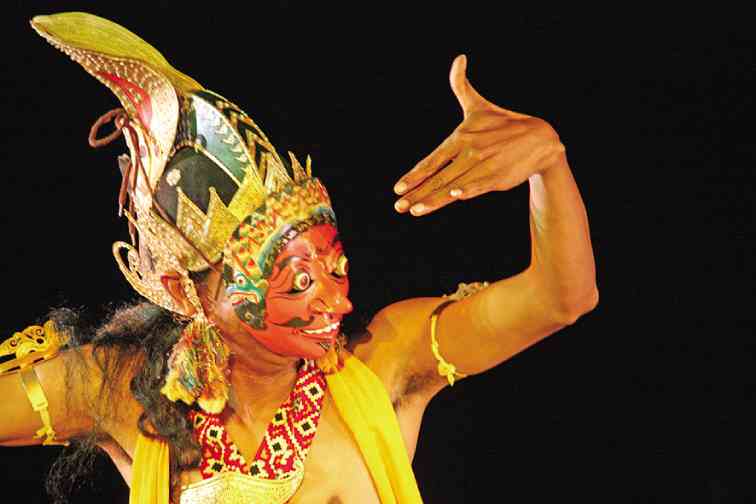 Asian countries with active community-based theater groups exchanged ideas on how to utilize the performing arts in boosting tourism and the creative industries during the first Likha Asya conference recently in Bohol.

An Asian festival and conference on community theater, Likha Asya was a program of the National Commission for Culture and the Arts (NCCA) for the Philippine Arts Festival in celebration of National Arts Month.

Artists, cultural programmers, directors and cultural workers from the Philippines, Japan, Indonesia and Thailand shared their experiences on community-based theater.

“We learned the excellent practice of ‘home-stay tourism,’ which is diligently practiced in Thailand,” said Lutgardo Labad, head of the NCCA’s National Committee on Dramatic Arts. “Villages and households are trained to accept, welcome and entertain tourists, and not just to sell products but also to be able to share their community’s culture.”

Labad said the performing arts and the creative industries were a boost to the local economy.

“At the same time,” he added, “one could see there are regional training centers in [other] countries that keep on training and honing the crafts of their people.”

Labad added that these regional training centers in other countries could be a model for Filipinos because there was none in the Philippines.

Despite the lack of regional training centers in the country, there are some parts of the Philippines where community-based theater is actively practiced, as in Bohol, where local theater is part of the tourism office.

Bohol Cultural Collectives, a group of performers from the island, prepares cultural presentations, such as plays, short skits and native dances, to guests who are touring Abatan river.

Discussed during the conference were Japan’s theater traditions and the restoration and nurturing of their intangible cultural treasures such as the noh and the kabuki.

Also featured in the festival was a workshop on communicating local works and products, conducted by Natuko Kiritani of Japan’s Black Tent Theater.

Foreign delegates got a glimpse of Philippine theater traditions through the presentations of theater groups from Bohol, Bicol and Sulu.

Indonesian choreographer and dancer Agung Gunawan showcased his skills in traditional and contemporary Indonesian dance during the festival. He also conducted a workshop on Yogyanese classical mask dance.

Rama Marcaida, a Filipino performer who received dance scholarships in Indonesia, expressed his appreciation for Gunawan’s traditional and contemporary presentations.

“It was an eye-opener for me,” said Marcaida. “Agung’s [performance] has a very deep tradition of culture. He made it contemporary without losing the identity of Indonesians.”

Marcaida lamented that Filipinos “do contemporary work without any traditional background.”

“My hope is that these Filipinos do traditional [performances] first before they do the contemporary so that it’ll have a strong sense of identity,” he said. “Otherwise, [the performance] would look so empty, no soul.”

Delegates from the four countries promised to collaborate further.

“This is like getting to know you,” said Marcaida. “The first Likha Asya is like gauging each other’s ability so maybe later on we can have collaborative works that will feature different cultures. This is a good start and it can be like a seed that could grow and create something else. I am excited for Likha Asya. I hope in the future other Asian countries could be involved in it.”

He said Japan, Indonesia, Thailand and the Philippines might have very distinct styles and traditions, but they could complement and promote one another.

“That’s the most important thing in Likha Asya, to showcase the best practices of the three other countries in terms of tourism, community theater and sustainable creative industries,” said Labad.