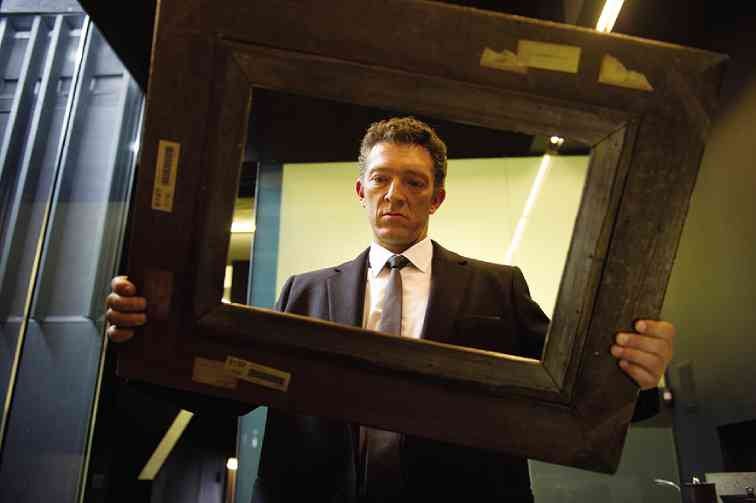 Francisco Goya’s painting at the heart of the movie ‘Trance’

Danny Boyle’s latest mind-bending action caper, “Trance,” cores in on the painting “Witches in the Air,” by Francisco Goya.

The painting is being madly searched by a trio consisting of an art auctioneer, a criminal gang leader, and a hypnotherapist.

Fresh off his Oscar-nominated film “127 Hours,” Olivier Award-winning stage production of “Frankenstein,” and the triumphant 2012 Summer Olympics Opening ceremonies, “Trance” returns Academy Award-winning director Danny Boyle (“Slumdog Millionaire,” “Sunshine”) to the territory that kick-started his visionary filmmaking career.  Boyle dives back into the heart of extreme human behavior, this time taking audiences on the journey into the fluid, enticing, unreliable world of the subconscious.

“Trance” begins with an adeptly planned heist at an auction house which goes violently awry when the auctioneer inside man takes a blow to the head, leaving him with no memory of where he has stashed the stolen Goya painting.

The story quickly turns into a high-stakes triangle—the painting’s amnesiac thief (James McAvoy), his fearsome partner in crime, gang-leader (Vincent Cassel), and the alluring hypnotist (Rosario Dawson) hired to help recover his lost memories—as they all become trapped in a brain-bending puzzle of their own making.  The more they search for the missing Goya, the more it becomes clear that what is hidden is not just a priceless work of art, but fractured fragments of secrets, temptations and treacheries that all add up to the truth.

Boyle and screenwriter John Hodge said that when they began writing, they knew this story could not be constructed with a conventional, linear plot-line but demanded a kaleidoscopic structure revolving around McAvoy’s character, Simon.  They plunged deep into the disoriented, broken mind of a character who not only cannot remember where he left the stolen Goya, but also has no idea what so urgently impelled him to hide it in the first place.

Central to “Trance’s” wild ride into memory, mind games, desire and crime is the exquisite stolen painting that the thieves cannot find:  Francisco Goya’s 1798 oil canvas, “Witches in the Air.”  Often dubbed “the father of modern painting,” Goya altered the trajectory of art by mixing observations of real life with explorations into the world of dreams and imagination.

“Witches in the Air” is one of his most surreal works, one that beckons the viewer into a realm of wonder and madness, at the same time  reflecting on an era of unjust witch hunting.

For Boyle, the painting was a perfect pairing with the story of “Trance.”  “Goya is thought of as the father of modern art because he stepped inside the mind,” says Boyle.  “And in  ‘Witches in the Air’ we see a man hiding beneath a blanket… and I felt very strongly that this was James’s character Simon.”

Hodge felt similarly.  “There’s a great deal of overt violence in Goya’s work, and that was very fitting to this story,” he says.  “‘Witches in the Air’ certainly carries that sense of supernatural control hovering over the story.  I think that there is a sense in which all three characters, at different points in the story, find themselves acting outside of their own will.  They’re all at different points, trapped in situations where you could sort of feel that there are spirits hovering over them, if you like.”

Producer Christian Colson agrees: “Goya was also very interesting for the film because of his innovations in depicting female bodies, which in high art had previously been idealized and rendered free of imperfections.  Goya was the first to paint the nude as he saw it.”

Production designer Tildesley was fascinated by how the symbolism in the painting matched the undercurrents of “Trance.”  “It’s an exotic, weird painting of a person being lifted up by these three witches in tall hats, ascending into the air in like some sort of dream, and then below them are these three characters.  There’s the donkey, which represents madness or foolishness, I suppose.  There’s the person who can’t see, who’s running with a cloak over their head, and then there’s another person lying in agony with his hands over his ears.  It just felt like the perfect picture.”

“Trance” opens May 1 in cinemas, from 20th Century Fox, to be distributed by Warner Bros.