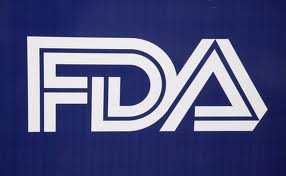 WASHINGTON—US health regulators will require generic versions of the best-selling painkiller OxyContin to include recent formulation changes designed to make the pill harder to abuse.

The Food and Drug Administration said late Tuesday it would not approve any generic versions of OxyContin based on the original formulation because it “poses an increased potential for certain types of abuse.”

The FDA decision is a key victory for Purdue Pharma LP, which spent years developing a tamper-resistant version of the blockbuster pain pill. The company’s patent on original OxyContin expires Tuesday. Normally such expirations open the door to a slew of cheaper versions from generic drug manufacturers. However, the FDA decision effectively protects Purdue from lower-price competition by requiring generic companies to develop their own abuse-deterrent designs.

OxyContin has long been one the nation’s top-selling prescription painkillers with sales of more than $2.8 billion last year, according to prescription tracker IMS Health. A time-release version of the narcotic oxycodone, the pill was hailed as a breakthrough treatment for chronic pain when it was approved in late 1995. The long-acting formula could be used over 12 hours to maintain a steady level of oxycodone in patients suffering from moderate to severe pain.

But drug abusers quickly discovered they could get a heroin-like high by crushing the pills and snorting or injecting the entire dose at once.

In 2007, Purdue Pharma and three of its executives paid $634 million and pled guilty to charges of misleading the public about the safety and addictiveness of OxyContin.

In April 2010 Purdue introduced a new version of the drug designed to be more difficult to crush, break or dissolve. On Tuesday the FDA said it would update the drug’s labeling to reflect recent studies supporting those claims.

The agency said it based its decision on medical studies of OxyContin, reports of abuse and misuse, public comments and petitions.

Stamford, Connecticut-based Purdue said in a statement that the new labeling will provide “important information to health care professionals.”

The decision was praised by members of Congress who have worked to curb prescription drug abuse.

“We are in the midst of a prescription drug abuse epidemic, and by requiring anti-abuse mechanisms be included in generic versions of OxyContin, the FDA has prevented the floodgates from being opened further,” said Sen. Charles Schumer in an emailed statement.