Do you snoop on your kids? | Lifestyle.INQ ❮ ❯ Do you snoop on your kids? 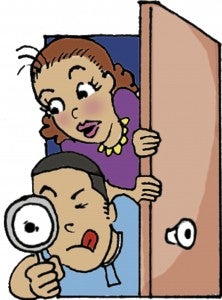 It’s an undeniable truth: A lot of parents can give Sherlock Holmes a run for his money. When it comes to detective work, parents have serious skills. You’ve heard the stories—mom finds condom in son’s wallet, dad discovers daughter’s secret boyfriend.

It happens a lot, but is it right? It’s a debate that predates the Internet: Should parents snoop on their kids? And the discussion has only gotten more complicated with mobile phones, computers and social networking sites.

A total of 66 percent of parents surveyed believe they have the right to snoop on their kids. “They are still minors. And we have the right to make sure they stay on the right path, by whatever means necessary. It’s for their own good,” says Maria, 39.

Others do not agree. Frieda, 46, says, “Snooping is an invasion of privacy and conveys a total lack of trust in your children. Every child needs some privacy, especially as they get older.”

Only 54 percent of parents surveyed, however, say they actually do it. Chloe, 45, thinks snooping should be considered a last resort. “I do not want deception to breed deception. We all want to trust our kids and treat their possessions as private, but if the kid’s behavior raises significant suspicion then it’s time to snoop.

“It is my duty and right to check on what my children are getting themselves into—friends, their performance in school, and activities outside the home and school. But I do not have the right to invade their privacy when it is not warranted.”

A lot of parents agree that snooping must only be done when there is a reason. “I would have no reason to snoop if I felt there wasn’t anything wrong. That would be really weird of me,” said 41-year-old Christina.

Fifty-year-old Dennis says, “If they leave a notebook on the table, I might look. If they leave a camera, I might flip through a few pics. But I don’t crack their computer passwords or have hidden cameras.”

Some parents refuse to do it at all because snooping makes them feel guilty. “My conscience prevents me from doing it,” says Linda, 48. 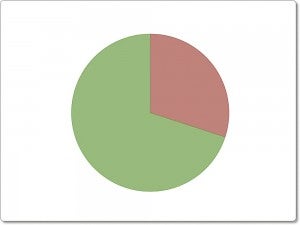 For others, it’s as simple as following the golden rule. Forty-two-year-old Anette says, “I don’t like my phones being checked, so I give my son the same respect. I see the phone as a very personal and private property so I don’t touch it.” PR Mom, 35, feels the same way. “I don’t check my children’s wallets. I don’t want them checking my wallet, too.”

Some parents don’t feel the need to snoop. “We have an open communication line. I don’t even have to ask them, my kids volunteer the info,” says Pia, 46.

Some parents do not like the term “snooping”; they prefer to call it “monitoring” or “checking up on their children.”

A total of 30 percent admitted to checking their kids’ mobile phones. Maria says she checks her son’s phone at night when he’s sleeping. “I can make sure that he’s not being victimized by a stalker or developing a relationship with some bimbo. Better safe than sorry!”

A total of 58 percent check their kid’s computers—photos, websites visited and browsing history—while 62 percent check on their kids’ online activities. A lot of them are concerned about the dangers of social networking. “I check on my daughter’s contacts regularly, and always remind her not to accept friend requests from people she does not personally know. I also filter her friends using Facebook. It’s easy to see who the bad eggs are from their posts,” says Mei, 32.

Allie, 40, said things did not go well when her daughter discovered she and her husband were snooping on Facebook. “She unfriended both me and her dad.”

Sara, 50, says she checks the wallets of her two teenage daughters. “I just want to be sure they have money. I also check on receipts and see what they have been buying.”

A total of 70 percent of parents who snoop said they’ve never been caught. Some of those who have been caught said they ended up laughing about it, while others said their kids were annoyed.

Some 35 percent of parents say their own parents snooped on them, while 45 percent said their parents did not snoop on them, and 20 percent do not know.

For 40-year-old Mom-At-Home, it was her own experience of being snooped on that has stopped her from snooping on her own kids. “I’ve stumbled across their wallets, phones, Facebook and Twitter accounts, but I’ve deliberately avoided reading them. I had a bad experience when I was 17. I found out my mother was reading my diary. I felt violated. She did not respect my privacy. Up to now, I still remember the pain. I’ve forgiven her, but I haven’t forgotten. I’ve decided I won’t do the same thing to my kids.”

Kids have found ways to prevent their parents from snooping. Some have protected their mobile phones and computers with passwords, others change their privacy settings on Facebook and their blogs so family members cannot see their posts. Sandra, 48, says, “Although I would probably be able to hack his account, I don’t want to go to that extent.”

Mercy, 30, says her 14-year-old son never lets her touch his mobile phone. “He always keeps his phone with him and I am very curious why he is keeping it. I am aware he does not want me to see the messages of his female friends, but I want to check what kind of friends he has.”

Tessa, 50, says she used to snoop on her kids but not anymore. “I got tired of it, maybe because I wasn’t seeing anything so worrisome save for some drinking with their friends, and at one time, my son had a condom in his wallet. That’s when I told the men in my family to talk to him about the birds and the bees. I also cautioned them about the hazards of drinking and driving.”

Patty, 42, believes that not snooping will help parents teach their children valuable lessons. “We need to teach our children the importance of trust and respect for other people and their property. Striking a balance between disciplining and letting go is difficult. But we must not over-manage our children. We must allow the child to be independent.”

For Smile, the formula is simple. “Build trust between you and your children, and they will not hide anything from you.”