Over 120 beauty queens! How it was in the Bb. Pilipinas 50th-anniversary pageant | Lifestyle.INQ ❮ ❯ 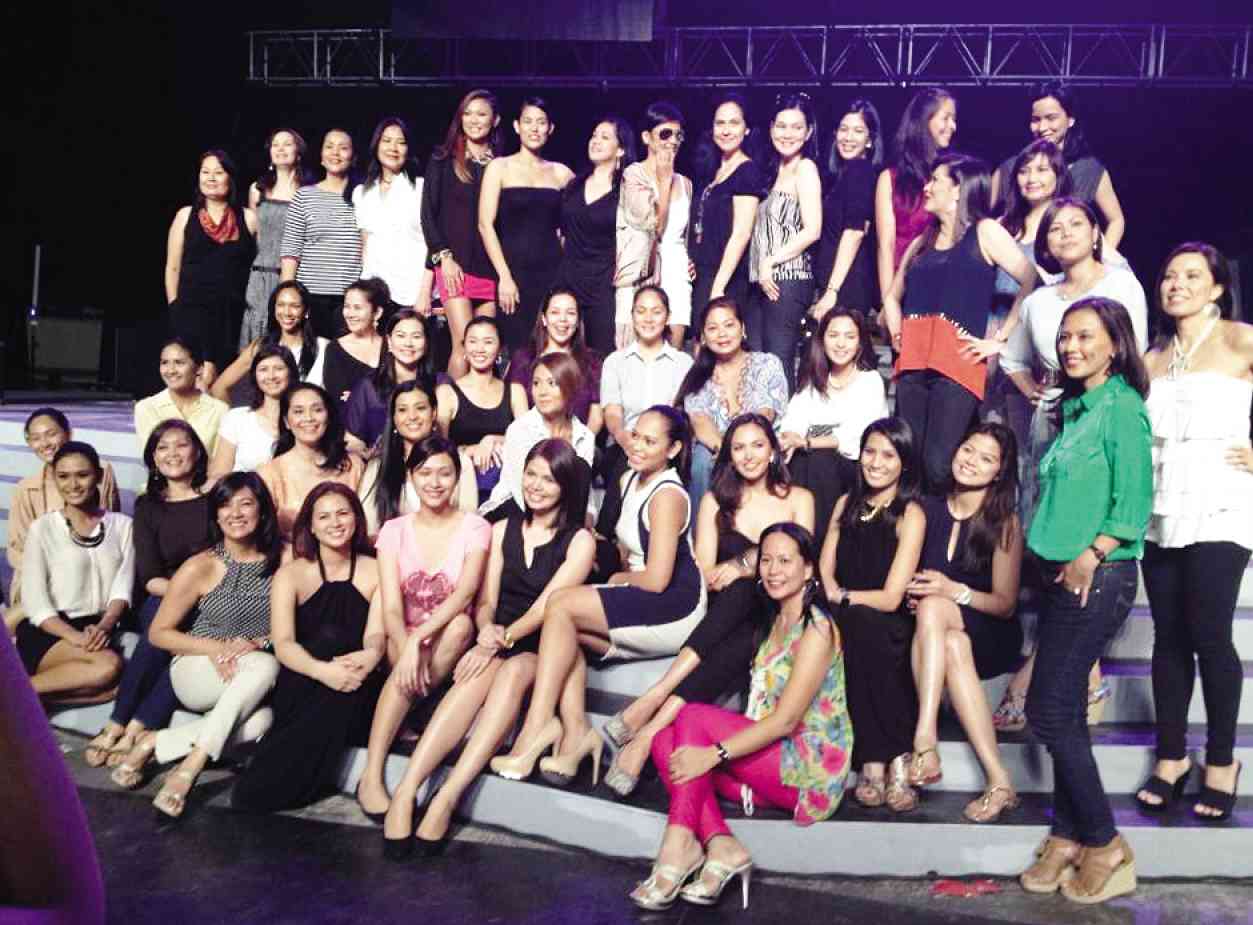 Rehearsals a day before the pageant

Over 120 beauty queens! How it was in the Bb. Pilipinas 50th-anniversary pageant

April 14, marked the largest gathering of Filipino beauty queens in one event. In the Bb. Pilipinas 50th-anniversary pageant, over 120 women, including former winners, reigning queens and candidates, paraded during the opening production number, showing off the beauty of the Filipino no matter the age, experience or skin shade.

By 6 p.m., my fellow beauty queens and I were on our way to the Smart Araneta Coliseum. I was so glad Sara Jane Paez Santiago flew in from Jakarta just to join us.

Upon arriving, we walked the red carpet to the cocktail area, and I was awestruck. Imagine yourself surrounded by all these women who have done remarkable achievements: Pilar Pilapil, Nini Licaros, Chiqui Brosas, Gloria Diaz—who all had such a strong presence, you wanted to bow to them; also, Vida Doria, Peachy Sacasas, Jean Saburit, Joyce Ann Burton and Dang Cecilio Palanca, who exuded a wonderfully youthful attitude.

It was a delight to see my co-winner Jo-Anne Alivio—whom I had not seen in 20 years—looking more stunning than ever. It seemed like she never aged!

All who were there looked regal in every sense of the word, but the one I noticed the most was Evelyn Camus, who was simply radiant in her long pink gown. She had a warm, peaceful aura around her. I felt her  sense of wisdom when I talked to her.

After an hour, we were ushered to the holding area where photographer Melvin Sia, with cues from staunch pageant supporter Felix Manuel, was taking close-up shots of these gorgeous women. It wasn’t long before we were called to form our lines at the backstage area, since we were to open the pageant.

I was not able to rehearse the day before, but I was briefed about the formula. Vana Naluz and Muriel Moral were so gracious to let me into their line.

As the ever-dashing Martin Nievera started to sing the Bb. Pilipinas theme song, I could hear sighs of nervousness, whispered prayers and anxious laughter, followed, thankfully, by self-motivating cheering that sent a wave of happiness and excitement throughout the group.

The curtains opened to loud and heartwarming applause from the audience. It was truly a nostalgic and memorable moment for everyone.

But, of course, kooky as we are, my friends Gem Padilla, Desiree Verdadero Abesamis, Patty Betita and Sara Jane Paez Santiago couldn’t help but clown around backstage for a few offbeat shots. At least we made the lady guard and a few people who saw us laugh.

And then I saw a familiar face. It was Xian Lim, an actor I had worked with in the teleserye “My Binondo Girl.” We chatted for a while about how we enjoyed working together. He is sincerely one of the most handsome gentlemen I’ve seen!

We went back to our seats until the winners were announced. The newly crowned titleholders were a sight to behold. Most of us knew the judges had a difficult time choosing; there were so many deserving candidates. My only wish is that they trained a bit more, came back another year. Most probably by then, they would have those much-coveted crowns on their heads.

To Ms Stella Marquez Araneta and ABS-CBN, congratulations and thank you for giving us beauty queens—and the audience—an unforgettable night.