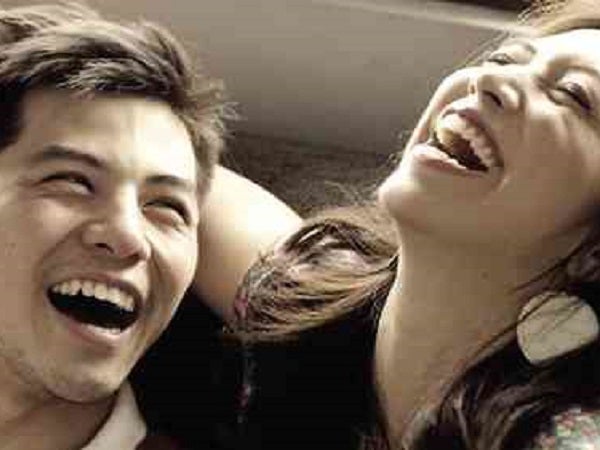 Of the 20 songs by Sugarfree featured in “Sa Wakas,” the jukebox musical woven around the music of the late great pop-rock band that’s on its last weekend at the Peta Theater Center, nearly every other number has been a chart-topper, or at least a staple of the radio- music TV loop for years.

Only one new song was written specifically for the show— “Bawat Daan,” the thrilling anthem that closes Act 1 which, weeks before the musical’s opening, had also made the rounds of social media via a well-produced music video.

And yet, despite the sheer familiarity of the songs, which envelops “Sa Wakas” in an electric wall of sound for close to three hours, not a hint of staleness or exhaustion marks the musical. The sensation felt is more like a blast of fresh air—at the way the show’s creators have transcended the limitations of the jukebox musical, the bold  thematic and stylistic choices they’ve made, and, not least, the vitality of the young breakthrough talent on display.

For the record, “Sa Wakas” is not the first Pinoy jukebox musical. That distinction goes to Tanghalang Pilipino’s “EJ: Ang Pinagdaanang Buhay nina Evelio Javier at Edgar Jopson,” which used the songbook of the seminal rock band The Dawn to retell, in a fictional intertwining, the lives of two towering Atenean freedom fighters during the Marcos era.

The 2008 musical, as we wrote then, was waylaid by a didactic, hagiographical script, but “It did get one thing right: The Dawn. The pioneering band’s thrillingly rangy, full-bodied music, a creature of more recent vintage, perfectly captured the restless, activist spirit of the Marcos years. The exploding drums, the twanging guitar, Jett Pangan’s astonishingly forceful vocals—they galvanized to surging life the rage and mayhem, the fear and confusion of the country’s long dark night under martial law.”

Unlike Pangan, who played Jopson (opposite Ricky Davao’s Javier) in “EJ,” Sugarfree’s songwriter and lead vocalist Ebe Dancel hasn’t deigned to try his hand at musical theater by belting out his own songs in “Sa Wakas.”

Instead, he has let a vibrant ensemble do the honors for him, in a musical that, while honoring the music it borrows with imaginative reconfigurations of Sugarfree’s songs, also manages to show off the solid first-time efforts of creator-producer Charissa Ann Pammit, writers Andrei Nikolai Pamintuan and Marianne A.R.T. Abuan, and Pamintuan’s own thoughtful, unflashy direction.

For a measure of the youthful cheek that informs “Sa Wakas,” the show’s makeshift playbill (itself a model of its kind with well-written program notes and hip visuals) is a good starting ground. On its inside back cover is a quote from “Our Time,” the closing song of Stephen Sondheim’s 1981 musical “Merrily We Roll Along:” “Something is stirring, shifting ground/It’s just begun. Edges are blurring all around/And yesterday is done.”

One may take the lyrics as simply the producers of the show (Culture Shock Productions and FringeMNL) artfully announcing their entry into the local theater scene, with “Sa Wakas” as their inaugural effort. Seeing the show, however, reveals a deeper explanation— and ambition.

“Sa Wakas” takes not only after the inverted-time structure of the Sondheim musical, where the story moves backward in chronology and incident, but also its thematic preoccupation—the evolution of youthful hopes into grown-up disappointments (a subject the titan of American musical theater has delved into more than once, from “Follies” to “Into the Woods”).

In “Merrily We Roll Along,” it’s a trio of 1950s college graduates and fast friends transitioning into sellout versions of themselves by the ’70s. In “Sa Wakas,” the set-up is similar, though more tightly focused: three individuals—a struggling artist-photographer (Topper, played alternately by Victor Robinson III and Fred Lo); his fiancée of six years (Lexi, a neurosurgeon—Caisa Borromeo and Laura Cabochan); and the free-spirited woman (Gabbi, a writer-editor—Kyla Rivera and Justine Peña) who comes into their lives and, over the course of a few months, nudges the pat assumptions of their relationship into free fall.

Act 1 is a big chunk of exposition, as the messy aftermath of Topper’s infidelity plays out in scenes of recrimination and fury, Dancel’s loping melodies meanwhile providing commentary, elaboration or punctuation to the characters’ emotional states.

The matching of music with mood and scene is exemplary. In “Wala,” Lexi and Topper rage at each other to a rocking score that sears the mind and heart— though, occasionally, the pre-existing lyrics trip up the enterprise. In the middle of the tumult, for instance, the audience titters at Lexi singing “Wala nang Lotlot sa iyong Monching, wala nang Romnick sa aking Sheryl, wala nang Gabby sa ating Shawie.”

Ejay Yatco’s musical direction (he leads a five-member band onstage), while starting out strong with a soaringly rearranged and sung first number (“Kwarto”), raises early worry by settling quickly into a rather rote formula: The musical numbers typically rise to a climactic big moment, then taper off to an a cappella or pianissimo finish.

Fortunately both the story and Dancel’s music have legroom for stretching out. In Act 2, as the narrative moves from the one-note anguish of the early scenes to brighter, sunnier moments in the characters’ younger lives, the sound gets more agile and variegated, and the true breadth of Yatco’s reimagining of Sugarfree’s songs, from the grandly harmonic (“Mariposa”) to the sweetly delicate (“Tulog Na”), is admirably laid out.

Pamintuan and Abuan’s book could stand some trimming, if not care (Gabbi at one point says she’s become the “feature editor” of her magazine, a line uncorrected in all three shows we saw; it’s “features editor”).

But whatever the sags here and there, the good-natured sincerity and wit of the material carry the day (the ubiquitous “Hari ng Sablay,” for instance, is utilized in unexpectedly delightful ways throughout the story). And the characters’ lines have a practical, commonsense ring to them. Take Topper: “Minsan kasi ang sarap lang malito. The idea of being in between and not choosing makes perfect sense.”

The topical pull also derives in part from the writers’ apparent trawling of experience close to their own skin. When Topper mentions going off to the Adelaide Fringe Festival, that’s Pamintuan—a habitue of such art fests—talking.

Pamintuan has kept the proceedings on a rigorously naturalistic plane, the artifice reduced to a minimum—not a single dance step or piece of choreography in any of the musical numbers, for instance, and the actors framed by a spare, impressionistic set (by Julian Vincent Cayabyab). The salutary effect is to bring the music into high relief, and the (mostly) terrific actors who sing it.

As Topper, Robinson and Lo are a study in contrasts. The latter has a clean, high, dashing sound in a charming dreamboat package, and brings a more pronounced actorly range to his conflicted character. But Robinson, who incarnates a darker if stiffer version of Topper, has the true rock star’s voice, an instrument so powerful and resonant that, whenever it is unleashed, the musical finds its most elemental, and exhilarating, reason for being.

The four girls, meanwhile, have uniformly vigorous voices, though a couple of songs meant for Gabbi (notably “Hintay” in Act 1) sit too low on Rivera and Peña’s vocal registers. Cabochan has a particularly gorgeous sound, but it’s Borromeo who creates a fully realized Lexi, her line readings as accomplished as her singing.

A four-member ensemble of three girls and one guy acts as a sort of Greek chorus-backup group. One deserves special mention for a memorable solo moment: Hans Dimayuga, as Topper’s OFW brother in the poignant number “Dear Kuya,” blows the roof off with his unexpectedly formidable pipes (Dimayuga used to be a child actor with Repertory Philippines, but, before “Sa Wakas,” has not appeared in a musical for years). When he and Robinson blend their voices, the musical reaches its most explosive aural moment.

For the care and integrity with which it has managed to merge contemporary Pinoy pop-rock into the musical-theater form (bypassing the traditional hallmarks of the local variety, from the requisite big themes to the larger-than-life staging and the indispensable takeaway moral at the end), “Sa Wakas” should mark a crossroads in the development of the Filipino musical.

In 1989, Inquirer editor in chief Letty Jimenez Magsanoc, then still writing a column for the paper, hailed “Katy!” and its makers (music by Ryan Cayabyab; libretto by José Javier Reyes) for having succeeded in creating “the prototype for the Filipino musical.”

“Sa Wakas” extends the envelope a bit further—as the prototype for the Filipino jukebox musical. If this genre is here to stay, think of the wealth of material out there—the music of the Apo (“I Do Bidoo Bidoo” is a movie musical quite itching for a  stage counterpart), the Eraserheads, Gary Granada, Freddie Aguilar, George Canseco, Vehnee Saturno, Rey Valera, Odette Quesada, Willy Cruz, Joey Ayala, the Manila Sound pioneers (Viva Atlantis Theatricals has announced it is developing a musical based on the music of the Hotdog band), Ryan Cayabyab’s pop hits, the entire Viva songbook, and yes, The Dawn …

So, while we’re waiting for the definitive original Pinoy rock musical to appear, something like “Sa Wakas,” borrowed music and all, will do—gloriously.