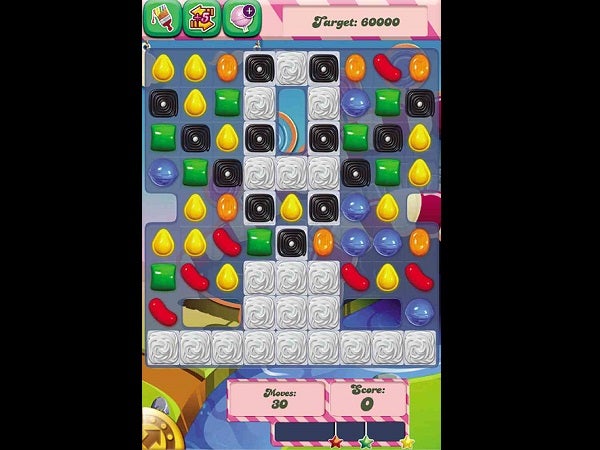 Why they’re crazy about Candy Crush

And you thought only people who had so much time on their hands (read: slacking school-age kids) were “Candyholics.”

We probed and found the unlikeliest players of the phenomenal online game Candy Crush Saga, all addicted to the glorious cling-clang of aligning falling make-believe bonbons and, quite possibly, even the monotonous intonation of the voice-over’s supremely limited vocabulary: “Sweet!” “Delicious!” “Divine!”

For the uninitiated, each Candy Crush level opens to a random mix of vari-patterned candies. A player has to complete an objective to unlock the next level, say, “Clear all the jellies” by aligning similarly patterned candies. A player has a maximum number of five lives per cycle, and it regenerates one life every 30 minutes. One can, however, ask fellow Candy Crush-playing Facebook friends to send life. Even quicker, one can purchase life, tickets (to get to the next episode; each episode has 15 levels), and even boosters. Candy Crush, created by King.com, has 365 levels (so far).

Here, so-called Candyholics share both with reluctance and mirth their own journey navigating the sometimes-frustrating, often-gratifying stages of this seemingly innocuous virtual escape.

I’ve been playing for a few months now; my friends say they see me now only via the Facebook updates on my Candy Crush level. I do play online games, though, and Candy Crush is nice because it’s not like other games where every level just gets harder and harder. There’s variety. I don’t buy life and tickets; I tend to wait for friends to send me. I’m now on level 165, I think. But while waiting for tickets to get to the next stage, I go back to the previous levels to get more stars.

I only tried playing at first because I got curious, and I liked the look of the candies. It’s a good way to de-stress. I play when I’m winding down after a day’s work. In a way, it also helps stimulate my mind because you have to strategize how to align the candies. I don’t buy stuff, though, and I only aim to get past a level. I only compete with myself.

Physician and mother of three

I got curious when my son Iggy (who’s eight) kept nagging me for my iPad because he wanted to play Candy Crush. At first there were only three people on my friends’ list playing it, and to be honest, I thought only [people with nothing better to do] spent time playing online games. My husband doesn’t play, so I was also reluctant. But then in the wee hours, I have to nurse my infant son, and I needed something to keep me awake to burp him. Candy Crush did the trick for me. I draw the line on buying life and boosters, though. I don’t think I’m going there.

How come no one’s giving me life? (Laughs) I keep asking for life but only my husband sends me. Sometimes we would be sitting next to each other, both engrossed in our own game. I only buy [life] when I’m using his account. I’m competitive, though; I want to be in the Top 3 of my friends’ list, so instead of going forward, I keep going back to the previous levels to get a higher score.

My wife, Loise, started playing first. She would play it first thing in the morning, and that would be the last thing she would do at night. She would allow me to play a level from time to time, but I could only use up no more than two lives. So, I decided to create my own account.

I started playing only last March. I think what makes it addicting is not the game itself, but the amazing feeling you get after clearing a level. For some reason, you feel smart after completing a level even though, deep in your heart, you know 90-percent of it was due to luck. LOL!

Loise plays on her iPad, and I play on my laptop. When I run out of lives, I just tell her to give me one (and vice versa). Am I competitive? Not sure, but I have to say that the only reason Loise is ahead in levels is because she started playing first, haha.

Our son David has spelling tests every Friday. About two weeks ago, we were reviewing him on a Thursday for his exam the next day. He got a bit frustrated because he was having a difficult time with two words. Then, Loise and I realized that we never really had the chance to review David that week because we got too preoccupied playing Candy Crush. So, we agreed that we can play Candy Crush only after David’s bedtime (9 p.m.).

I don’t buy lives/tickets/boosters. I’m pretty sure that even in difficult levels, Candy Crush is programmed to eventually give you the best odds of completing a level. Otherwise, they would lose a lot of players.

Candy Crush is now a family effort for us. Aside from giving lives, we also help each other in completing levels. I hate timed levels, but Loise loves those. So, if I’m having a hard time, I let her clear that level for me. She hates levels where she has to bring down the ingredients, which I like. So, I play that for her.

David is very good in spotting potential four-in-a-row patterns (to get striped candies), so he helps us with that.

Special shout-out to our friends Peter and Dada, who are always there to give us lives and tickets! For sure, we will be checking in the Candy Crush Rehabilitation Center together.

I started playing Candy Crush about two months ago. I got hooked. I think I was able to finish it in, like, 10 days. I didn’t know about [cheats like] changing the date to have a full life, so I think I spent around $100 on lives alone. My friends and I really play Bejewelled and Diamond Dash even before so when we came across Candy Crush, all of us became so addicted to it.

Basically, the concept is the same but more challenging. Everyone in our house plays Candy Crush. All our friends do, too. It is so addictive.

I saw my husband playing the game on his iPad, so I downloaded the game too and started playing. I play Candy Crush only when I’m killing time, like if I’m waiting in line, or in traffic. I never purchase.

In fact, I remember being stuck in a stage for months! I was amazed to one day beat that stage. It felt like such an achievement. My husband is a bit competitive, like, he was saying he was ahead of me.

I’m in stage 70 and he’s in stage 80+, but I guess I was so nonreactive that he got over his being competitive with me!

Pam [Pastor of Inquirer Lifestyle] was the one who introduced this game to me. She knew I loved Bejewelled way back Palm Treo days and she knew I’d get hooked.

I play it every day—in the car, while waiting, before I sleep, when I’m bored, in between breaks for editing, etc. I play it on FB, iPad and iPhone—that’s five additional lives every time. A few close relatives have asked me to finish a stage or two for them.

My No. 1 rule for game apps/FB apps is no credit card use, although it can be very, very tempting. I have been upset over the game. All Candy Crush players/addicts would know how painful it is to have one last block and no move left. I get left behind my FB friends once in a while. There was a time I got stuck in a stage for a week! I almost quit!

I used to stay up really late, until 6 a.m. at times (sleeping habits gone wrong). Resetting time in the device will screw up all my other game apps. What my friend Jason would do is to install/reinstall his game to reset lives. Yun ang effort.

It’s a very addicting game. I got started because my wife started playing, and my siblings also. I haven’t purchased anything but I open the app every time I am idle. I feel upset when I get stuck in a stage for a long time.

I know some people who have a real talent for it. My wife started a few months before me and my siblings are way further.  For me it’s more the game itself, though it’s also fun to know your friend’s level.

I heard about it on Facebook. Haven’t paid yet but I find it challenging and somewhat addicting.

I have to say that it is one of my favorite games so far! I was totally addicted to it. I remember it was several months ago, friends kept sending me requests and posts of Candy Crush.

I sort of ignored them in the beginning, but later there were so many people talking about this game, and I even saw news articles about people now being called “candyholic.” I was curious.

It was quite boring at the first 20 levels, and then when it came to level 29, that was the level I couldn’t get through on the first try, and I was, like, hey, what happened? I was stuck in that level for two days!

The craziest thing was my friend taught me to change the time on my mobile/iPad (move it like two hours ahead, then I can get extra lives immediately). That was the way I finished the game so fast. I helped my friends play the level(s) they couldn’t get through. As my friends knew I finished up to level 350 (in the PC version), some asked me to help them out in this game.

They even gave me their Facebook password, and asked me to complete the level(s) for them! I have to admit I was completely out of my mind, and those friends who gave me their FB passwords because of this game were all crazy, too!