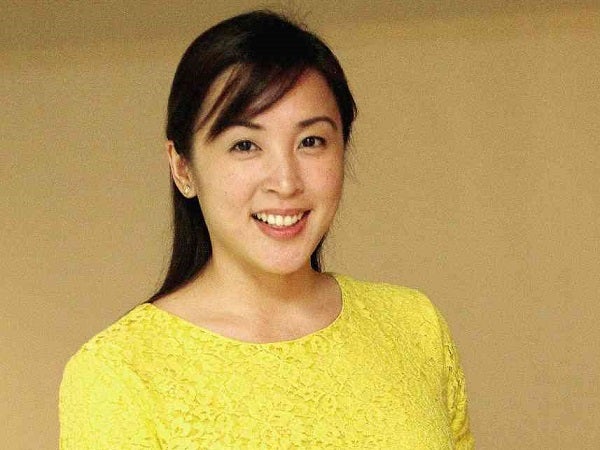 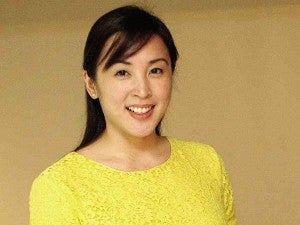 Timi Gomez-Aquino laughs when she recalls the time she informed her parents that Bam Aquino was courting her.

“I think my dad’s only issue was that Bam is an Atenean,” she tells Inquirer Lifestyle. (Timi’s dad, Dr. Vince Gomez is from La Salle.) But my mom loved Bam from the beginning. And so did my younger brother.”

Dr. Gomez, adds Timi, writes for Inquirer Golf magazine. “He’s a golfer pretending to be a doctor,” she jokes. Her mom, Carrie Lopez-Gomez, is a homemaker.

Timi’s younger brother, Martin, 25, works in finance and plays the saxophone on the side. “He’s been with several bands and the La Salle Pops Orchestra,” she says. “In fact he played at my wedding.”

The 29-year-old Timi—who was born Mary Fatima Gomez—admits that Bam (Paolo Benigno Aquino IV) was not her first boyfriend. “Neither was I his first girlfriend,” she chuckles. “When we met, we were actually both attached.”

In 2005, she had just graduated from Assumption College with an economics degree and was about to start her first job when Bam asked her out on a date. Seven years later, she married one of the country’s most promising, new blood of idealists who is aiming for a political seat.

But while Timi says she’s fully supportive, and actually deeply involved, in Bam’s senatorial campaign, she’s also looking forward to getting back to her corporate job at Unilever Philippines. She says she’s not allowed to discuss details of her work, although she said that she’s in the marketing department.

“I studied economics and actually had no idea what marketing was,” she said. “But friends explained to me that marketing is a balance between rigorous analysis of market data and intuition or creativity, which at that point when I was leaving university, was something that I was displaying … so my friends said, ‘why don’t you try out marketing …’”

It was a case of good timing, since Unilever was recruiting aggressively at the time she decided to apply. “I took the opportunity… joined the management training program, and it’s been perfect ever since.”

Before she took a leave of absence to join Bam’s campaign, Timi helped manage the marketing efforts of Unilever products in the Philippines. “But at some point before we were married, I was also working away from home,” she says. “I was living in China and my responsibility at that time was the sexy deodorants category, looking after the China business group and also Southeast Asia.”

It doesn’t mean, however, that social consciousness was a strange world for Timi. “I was patriotic even before I met Bam,” she clarifies. “I was a student council president in Assumption High School. I know it’s just high school, but at the time it really meant a lot to me, to participate in Edsa Dos… I guess my life choices aren’t identical to Bam’s, but I think the values system is the same.”

Asked to elaborate, she replies: “Because I’m a capitalist (laughs).”

Seriously, she says that their different career choices don’t really cause problems at home: “In fact we embrace it. I think it rounds out our relationship. It gives a good perspective to our work. I’m in marketing, but it’s really about affecting people’s lives, building their confidence. I work in personal care which is about beauty, confidence, grooming …”

As for the private things she enjoys doing with Bam, she wishes to have more time to travel with him for leisure. And part of those leisurely moments is eating. Bam’s favorite, she says, is Japanese food. “But we eat anything. My family is obsessed with food, Chinese, Japanese. In Shanghai, restaurants are always opening, shows are always coming in. We got to watch different orchestras, stage plays. It’s a little luxury that we enjoy.”

Asked what she would like to do whether Bam wins or not, Timi says, “I want to go back to work. I miss it. That doesn’t mean that I don’t have the capacity to talk about national issues, to sympathize with Bam’s advocacies.”

But what if he says no?