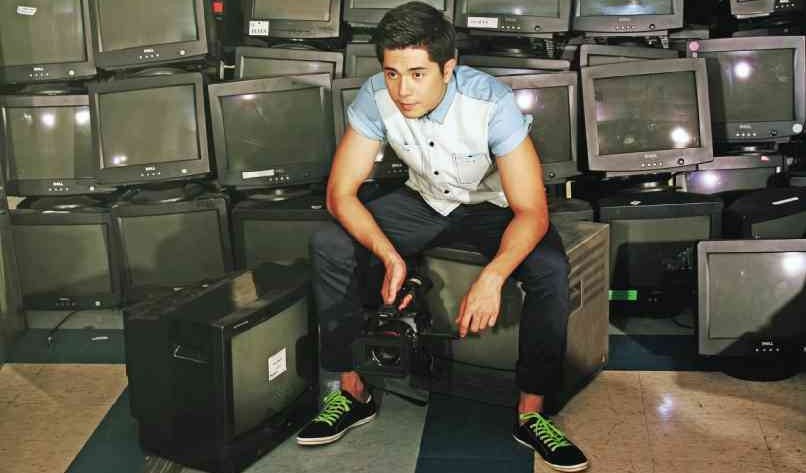 Behind his ‘bad boy’ image, Paulo Avelino reveals a true passion for his craft

When you’re driven by passion, you go all out in your endeavors. You gamble, and fear of failure hardly bothers you. That’s how Paulo Avelino describes himself.

The public perceives him as a bad-boy-Robin-Padilla-in the making. “I can’t say I’m a good boy. But I make it a point to go home,” he said, referring to his family in Baguio.

“Ever since I was a child, I really wanted to act. I think acting is really my calling,” he said. “Kung baga, like any other profession, if you really like something, doon ka rin mapupunta,” he added.

He arduously pursued this calling by watching movies in his formative years. “When I see actors doing different kinds of roles, I’m amazed at how they can shift from one character to another, and how they can be a different person on screen,” he explained.

At a very young age, he had seen Quentin Tarantino’s “Reservoir Dogs.”

“I like Wong Kar Wai’s ‘In the Mood for Love,’ and Akira Kurosawa’s ‘Dreams,’” he said. He has an interesting taste in movies and their origin. For example, he’s fond of Korean movies directed by the likes of Park Chan-Wook. “Korea is very good at making films about revenge.

So, if there’s a film about vengeance or revenge, kailangan panoorin ko.”

The model-turned-actor never intended to join show biz but, later on, was convinced by his peers to join a reality-TV talent search. He’s now one of the hottest young leading men and product endorsers.

“When I first accepted the script, to be honest, I didn’t understand it. It’s mostly poems or songs. It’s something really different, and that’s the reason why I accepted it,” he pointed out. The hard work paid off when the film won awards, with Avelino bagging the Best Actor trophy from the Gawad Urian.

He then wowed us with his remarkable portrayal of Nathan in “Walang Hanggan.” In the finale scene, Nathan cries like a psychopath over the news of his beloved Katerina’s death. He just went for it, said Avelino. “At first Nathan wasn’t really meant to go psycho. But I found out that it was definitely going to that point. Then I had to calibrate the madness on a script-per-script basis,” he explained.

He watched specific movies to help him develop the persona of Nathan. “I researched about that ‘state’ by watching movies that helped me build the character more, like ‘Silence of the Lambs,’ ‘Fatal Attraction.’”

After the challenging roles he had portrayed, Avelino said he wants to take it up a notch and tackle more unique and difficult characters. He said he would like to play a tribal god, a transvestite and others that are risqué, or that push boundaries.

“I still think of roles I want to play. I sketch them and create them,” he said.

It wouldn’t be surprising if goes on to try theater. “Actually, I was supposed to do one (play), but my schedule didn’t permit it,” he said. The play was Philippine Educational Theater Association’s (PETA) version of the film “Bona.” “I would love to act on stage one of these days,” Avelino mused.

He looks forward to doing more projects in the next several months. “This year, I have TV series, ‘Kahit Konting Pagtingin,’ and a Regal film, ‘The Bride and the Lover’ with Jennylyn Mercado and Lovi Poe (which opened last May 1).”

He’s back working with director Alvin Yapan for Cinemalaya this year. Avelino explained why he signed up for Yapan’s “Debosyon”: “Because of the surreal and magical treatment of the story about faith, religion and forbidden love. The dialogue, as well, is written in very poetic Bicolano.”

Reinventing one’s self is Avelino’s personal mantra. He might have committed mistakes in the past or been part of the show-biz rumor mill, but he doesn’t let those bother him.