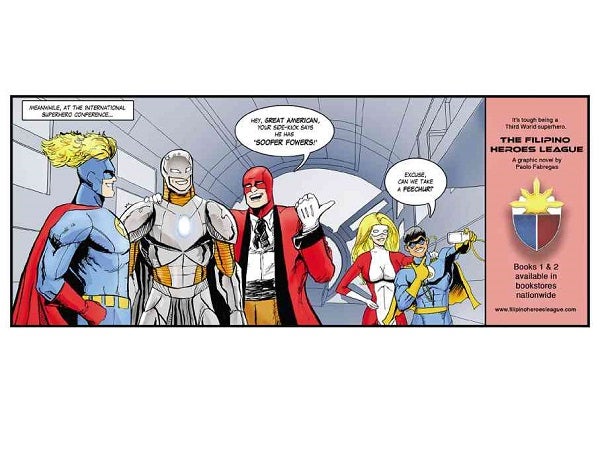 PAOLO Fabregas is the writer/artist of the comic book “Filipino Heroes League.”

A superhero movie usually gets released close to FCBD, except in 2005 and 2006.

This year, “Iron Man 3” is the superhero movie released close to FCBD’s date.

Free Comic Book Day happens every year on the first Saturday of May.

This is the second year for FCBD to fall on May 4. May 4 is also considered “Star Wars” day by many fans.

If you love “Grimm,” a free comic book version of the TV series will be released on FCBD.

“The Walking Dead” free comic includes a new and exclusive Tyreese-centric story. Incidentally, this same story will not be reprinted in trade paperbacks or other editions.

Over 4.6 million comics have been ordered by retail ers across the world for this year’s FCBD.

Since 2002, more than 27 million comics have been given away on FCBD.

FCBD isn’t for adults only. A lot of free comics are geared towards young children, too.

Stan Lee will debut a new superhero this year called “Chakra the Invincible.”

Some comic book companies release material on FCBD that they won’t release again so some issues become rare collector’s items!

The idea for FCBD is credited to retailer Joe Field, owner of Flying Colors Comics in California.

The inspiration for FCBD was Baskin-Robbins’ annual “Free Scoop Night. ”

One of the first shops to participate in FCBD in the Philippines was CCHQ in Katipunan. They gave out free comics from 2002-2004.