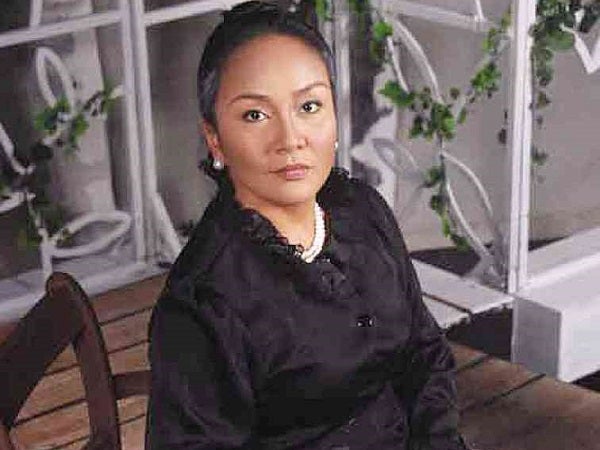 Stella Cañete was recently seen on stage in Dulaang Unibersidad ng Pilipinas’ stagings of “The Seagull” and its Filipino adaptation “Ang Tagak,” both as Polina; and “Collection,” as Tatiana Olandres. She was also in De La Salle-College of St. Benilde’s “Imaginary Invalid” as Angelique and its Filipino version, “Le Praning Du Sining,” as Toinette.

During her time off stage, Cañete loves to cook and confesses to an obsession with cookbooks and cooking shows. As a child, she made sure to catch shows like “Cooking It Up with the Dazas” and even a Chinese cooking show that used to be on the air.

“I couldn’t understand a thing the host was saying but that didn’t stop me from making my own interpretation,” she says.

She used to follow recipes diligently but eventually she started to deconstruct them by changing procedures and altering ingredients. “I have some original recipes that I’ve created ‘just by feel.’”

She now runs Cuchina Lasa del Mundo, her “humble home-based food business.” The name suggests an international array of dishes, and it all started with her version of Italian eggplant parmigiana, or, as she describes it, “breaded eggplant strips layered with three cheeses: cheddar, mozzarella and Monterey Jack, served with my herbed tomato sauce.”

She initially sold her one and only product to friends and colleagues; a tray served eight for P800. “But as word of mouth spread amongst friends, requests for new dishes came along,” she recalls.

“I had my first acting workshop under Aureaus Solito, who is now a well-known film director.” She also attended several workshops with Philippine Educational Theater Association.

During her freshman year at the University of the Philippines, she became a member of UP Repertory Company. “It prompted me to shift gears from Architecture to Speech and Drama instead,” she says.

She also joined Dulaang Unibersidad ng Pilipinas. “Tony Mabesa, founder of DUP, opened opportunities for me to take on challenging roles. Since then and until now, I have considered DUP as my theater home base. I wouldn’t have been able to fulfill my dream of being cast in ‘Miss Saigon’ (as Yvette in the Manila, Hong Kong and Singapore productions) if not for the training that I have received from my mentors in UP.”

Cañete’s culinary and entrepreneurial streak started in childhood. She remembers having to tightly budget her allowance during the late ’80s to save up for a small bottle of hairspray just so she could “enjoy the cobra tease hairdo.”

“We were taught to live very modestly.” She knew how to bake and, at the age of 12, made flyers with a handwritten listing of just two products: Chocolate crinkles and oatmeal cookies.

Her cooking skills she learned from her mother. To augment her father’s remittances from Saudi Arabia, Cañete’s mother would bake biko and puto, peddling her wares around the neighborhood.

“Late at night, she would prep and bake puddings to sell for breakfast. During summer, she would set up a table outside our house and sell halo-halo.”

“It was my beautiful, strong-willed Nanay who let the five-year-old me play around and experiment in her kitchen. The first chocolate cake I baked in her turbo broiler was awful, but she finished her portion and pointed out the elements of the dish I could improve on. One of the most important life lessons, amongst so many more, my Nanay taught me.”

She then adds, laughing: “My knife skills I learned from watching ‘Wok with Yan’ (a defunct cooking show popular in the 80s).”

Helping her out with the business is husband and fellow actor Juliene Mendoza. Both are professed foodies.

“We love exploring all kinds of cuisine! This passion, excitement and mission to taste the wide spectrum of world flavors is what we would like to share with our clients.”

The couple is also part of nine artist co-owners of Taumbayan Bar & Restaurant in Quezon City, a popular hang-out for actors and theater folk.

“Juliene helps me with our business. When I’m pressed for time he turns into my assistant cook. When I get too tired, he becomes my dishwasher. And yes, he’s the delivery guy!”

He’s also her number-one fan. “I always feel kilig every time Juliene tells me ‘You are most beautiful when you cook.’”

In addition to being business partners, “It’s comforting to be married to a fellow actor. There is no need to explain myself when, out of the blue, I talk or sing out loud and blurt out words from my script or score. I can also act out any character at home and he won’t find it weird. At least I’d like to believe he doesn’t.”

“What’s most important for me, whether an original creation or inspired by a cookbook recipe, is that all the food I prepare is an extension and expression of my love. My passion as an artist translates to what I do with food. I would call my style of cooking as ‘soul food,’” says Cañete.