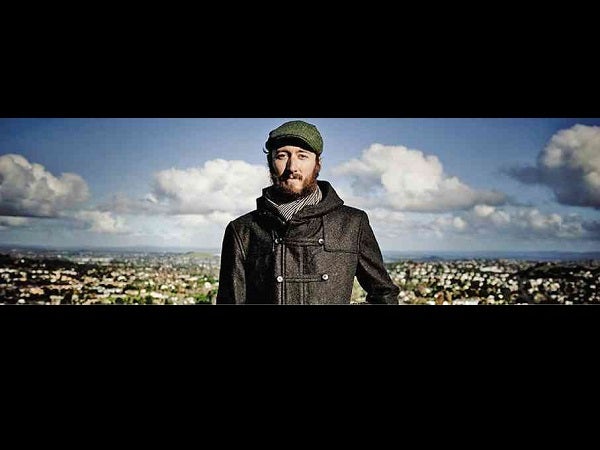 Avalanche City: From Auckland to Wanderland 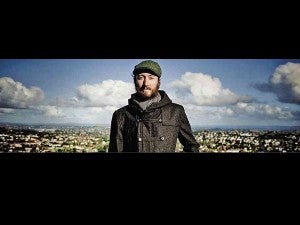 Being alone for a week in the middle of nowhere may not be a bad thing. It was, in fact, a very prolific period for Dave Baxter, the man behind the New Zealand folk band Avalanche City.

Avalanche City started as a solo effort by Baxter, who wrote the songs, played the instruments, sang the vocals, arranged and recorded the tracks for his first album, “Our New Life Above the Ground.” In live performances however, Baxter plays with a full band setup, and perhaps slightly different renditions of the tracks from the album.

Avalanche City joins The Temper Trap, Neon Trees, Nada Surf, Color Coding, Tully on Tully, as well as some of the country’s prominent independent bands for Wanderland 2013—an outdoor music and arts festival to be held on May 18 at the new Globe Circuit Events Ground in Makati.

In this interview, Dave Baxter talks about his early interest in music, producing his own album, and playing in Manila for the first time, on top of other things.

Why did you choose the name Avalanche City?

I was starting out… I come from a band background and Avalanche City is my first solo thing. I didn’t really feel comfortable calling myself by just my name. I still thought I wanted to have a band name even though I’m not quite really a band, so that’s why I chose the name Avalanche City.

You played music at a very young age. How did you get started? Was there a point when you realized that it would be part of who you are?

I did start quite young but I couldn’t really play guitar… I only started learning when I was about eight or nine. It’s quite a difficult instrument to play when you’re young. I probably would have started younger. I know I did learn violin as well, but not for very long (laughs). It must have been awful for my parents to hear me playing when I was five. I dunno… I’ve always been interested in music (but) I never really thought of it as something that would be part of me forever, you know…

You mentioned the guitar and the violin. What other instruments do you play? How did you get to learn and squeeze all that talent into one person?

(Laughs) I don’t actually play violin. I just mentioned that… I learned it when I was five. You probably wouldn’t want to hear me play violin now. I can play a lot of other instruments, but guitar is like my main thing. And there’s other guitar-like instruments like ukeleles and banjos and bass guitar and that kind of stuff, so that’s really my strong point. And I can play a little bit of piano, but I am by no means a master of anything else than the guitar.

Who were your key musical influences?

I’ve been listening to… a couple of different bands and one is a guy called Radical Face. He’s really good and Sao Paulo, they’re great… I listen to a lot of different music.

From being a sound engineer and recording songs for other bands, what made you decide to finally record your own?

It was something I’ve been wanting to do for a long time, to record my album and do it all myself. So it had a lot of buildup and I’ve been thinking of it for a lot of years. I’ve recorded my other bands, albums and EPs before, so it was no real big leap to do everything as myself. But an album is a massive undertaking and it actually did take an awfully long time (laughs). Just because you have a performer, you have a producer, you have an engineer, artist and everything, it’s a lot to do but I’m awfully glad that I did it.

Your album “Our New Life Above the Ground” was a solo effort—from the instruments, the vocals, down to the recording. It’s amazing that you did everything on your own. Could you tell us about the process?

At the moment, actually like even today I’m recording my next album. I’m recording album number two at the moment. And it’s the same process, I just stood in the room, hit record and layer over everything.

What compels you to write songs? Where do you draw inspiration when you’re thinking of what to write about?

That’s a tough one. I’m not really sure where it comes from, but I’ll quite often hear a word or hear a phrase or something, I’ll write it down and sort of work a song around it, or work it into a song I already have. It’s really just everyday luck, like if someone says something that sounds really cool or a word that sparks something in my brain, I’ll work with it. I work a lot with, like, a scene or setting in my mind that I try to write about and explain to the listener.

You’re great at playing the guitar. When you write songs, does it also happen that the chords or a melody comes first before the lyrics?

Usually just all at once. There’s no real way. Sometimes I might think of a chord progression first, or sometimes I might think of a lyric line first. Or I might sit down and it’ll all come at the same time. I mean, there’s no real structure to it, you know, ’cause it’s art. So, it’s a little bit mix-y in that way. It’s never really the same each time, which, I think, is important. Kinda keeps it exciting.

Describe your music. Why do you think people like it so much?

I dunno… I hope they like it because they can relate to the music. You know, like relate to the song or the story. That’s really my goal, to have people that can sort of relate a song to their own life. I thinks that’s what I hope to do or hope I’ll continue.

What was your initial intention when you produced the album? Why did you decide to make it a free download at first?

Actually… for years leading up to it, I had tried to convince other musician friends to do exactly that, like record an album and then release it for free. And no one’s really done that. I thought it was a good idea ’cause I just had a theory that I’d have way more fun and possibly even earn more money by releasing it for free. To be honest, I was playing shows to about 40 or maybe 50 people each time. I enjoyed those shows but I didn’t have a huge following. So if I had sold my album, I wouldn’t have sold that many copies. To me, it was more important, and still even now, it’s more important to follow up with me what they hear in my music and like it and relate to it than to just sell it and make money.

Unfortunately, well fortunately, I’m signed to a record label so I can’t do that anymore. But I think that’s a bit… honestly that’s just to sort of release it. I’ve worked so hard on my album and I wanted it to get out there and spread, and that’s why I did it.

You mentioned that you’re already recording your follow-up album. Are you recording it on your own, same as you did before?

When you do shows, same as the one you’ll be having here, you play with a full band setup. What’s it like to play with a band, compared to when you play alone? Which are you more comfortable with?

In terms of recording, I really enjoy being the person who plays most of the instruments for the album. That’s really like one of my big passions, just playing everything and recording from there, recording myself, and having something that’s completely me. So that’s what I’m trying to do.

[Playing] live, that’s really exciting because I play with other people and I don’t necessarily say that they need to play exactly how it is on the album. So I like to hear their interpretation of it. And I think that’s one of the exciting things about playing live… hearing these awesome renditions and their interpretation of the album which I think keeps it really fresh for me; hearing the way that they would have played it, you know?

What was your first reaction when you were invited to play in Manila? Did you ever imagine you’d play here?

I was so excited. I was stunned. It’s an amazing opportunity. I love going to different countries and experiencing different cultures and stuff like that. This for me is just amazing. I’m really, really excited about playing there. I can’t wait.

What can the audience expect from you in Wanderland?

I’ll be playing a lot of… I don’t think I’ll be playing songs from my next album. So, for the set there, if they’ve heard of Avalanche City, hopefully it’ll be songs they all know. So that’s kinda cool, well hopefully, cool for them. And we have a lot of fun live. It’s an appropriate band. We’ve got a violinist who plays glockenspiel. We’ve got accordion. We’ve got a mando and a banjo, and keys, and lots of fun little instruments that we sort of swap between. It’s a lot of fun. We really enjoy ourselves while playing.