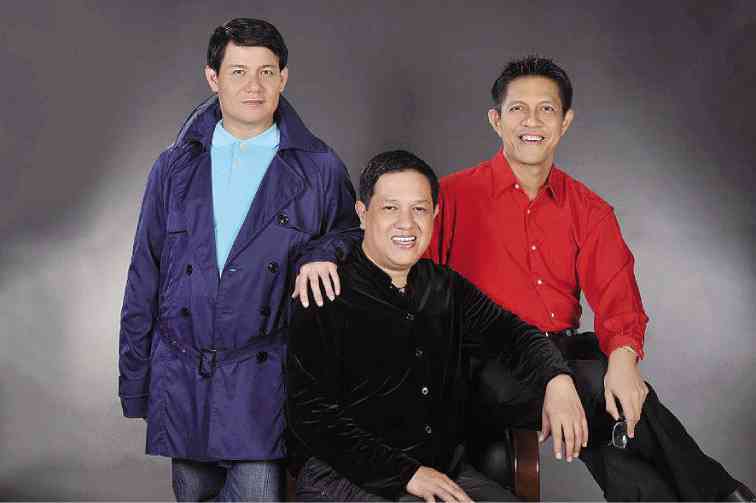 Andre Gide, winner of the 1947 Nobel Prize in Literature, said: “Man cannot discover new oceans unless he has the courage to lose sight of the shore.”

The authors of three new books may be said to have done similarly, venturing out of their comfort zone to test the perilous ocean of writing literature.

The books—“The Heart of Need and Other Stories” by Augusto Antonio A. Aguila; “Discernments” by Ralph Semino Galán; and “Falling into the Manhole: A Memoir” by John Jack G. Wigley—were launched recently by the Philippine Center of International PEN (Poets & Playwrights, Essayists, Novelists) at Solidaridad Bookshop in Ermita, Manila.

Leloy Claudio and Mara Coson also promoted the second issue of The Manila Review, which publishes “essays of recent and outstanding works of nonfiction and fiction, film, and art” and is a “vehicle for interventions in public debates that require perspectives outside First World literary and academic circles.”

UP professor emeritus Cristina Pantoja Hidalgo, now the director of the UST Center for Creative Writing and Literary Studies, introduced the writers.

Aguila’s “The Heart of Need and Other Stories” is a collection of short stories. Hidalgo said Aguila had “a sharp eye for the multifarious details… and a keen ear attuned to its multiple accents, chiefly those of the ordinary folk.”

Galán’s “Discernments” is a collection of literary essays, cultural critiques and book reviews. Scholar Oscar Campomanes praised the book for “its well-conducted deployment of sly techniques of sublating the creative-critical and the theoretical, subsuming, without overpowering, the creative and theoretical aspects into the primary or governing function of critique.”

Wigley’s “Falling into the Manhole: A Memoir” is a collection of personal essays that explore “the interrelationship of race, class and gender.” The author writes about growing up as a young gay American-Filipino in Angeles City, Pampanga.

“It’s very hard to talk about oneself,” Wigley said, but added that it somehow articulated his identity.

He pointed out that writing memoirs could make the writer “the target of scrutiny,” but it could also be liberating because “…when you write stories including problems about yourself, they do not become your problems anymore, they become the problems of the world.”

Like Wigley, Aguila is a first-time author of a creative work. He recounted his days with the late Ophelia Dimalanta, considered the literary mother of many Thomasian writers.

“I was the only Commerce graduate [in her MA class], so I didn’t take it (creative writing) seriously… And then, in 2006, she became my teacher in fiction writing, and she said that the best fiction [in class] would appear in Tomas [literary journal]. I didn’t expect my story to [land in] the journal, so I think it prompted me to write more short stories.”

“Discernments” is Galán’s first book of criticism (in 2005, his chapbook, “The Southern Cross and Other Poems,” was published as part of the National Commission for Culture and the Arts’ Ubod New Authors Series).

“I always thought I could only write poetry,” said Galán. “But after I attended a series of seminars on semiotics in UST under Dr. Campomanes, my critical turn began.”

Through “Discernments,” Galán said he attempted to make Philippine literature and culture more accessible to students and the general reading public.

During the open forum, fictionist Jun Cruz Reyes joked that most writing products of UST had sought “greener pastures” elsewhere.

But Wigley said all three authors were not undergraduates of UST. He had graduated from Holy Angel University in Angeles City; Galán from Mindanao State University-Iligan Institute of Technology; and Aguila from San Sebastian College. All three are faculty members of UST, with Wigley and Aguila having finished their M.A. and Ph.D. in UST.

They said they found a welcoming literary climate in UST.

Reyes raised the issue of censorship.

José sided with Aguila, explaining there was no such thing as censorship but “only self-censorship.”

“In writing, there is no such thing as obscenity, just bad writing,” José said. “The good artist can always write around censorship through allegory, through symbolism, and come up with the same thing.”

Later, in an interview, the National Artist said: “The unimaginative writer or the bad writer [is] the one who does not have the imagination and the creativity to do just that… Look, read the Bible carefully, a lot of it is obscene, lalo na sa (especially in the) Old Testament. Everything is there: incest, violence, adultery; but how were they written?” With reports by Jon Christoffer Obice, contributor