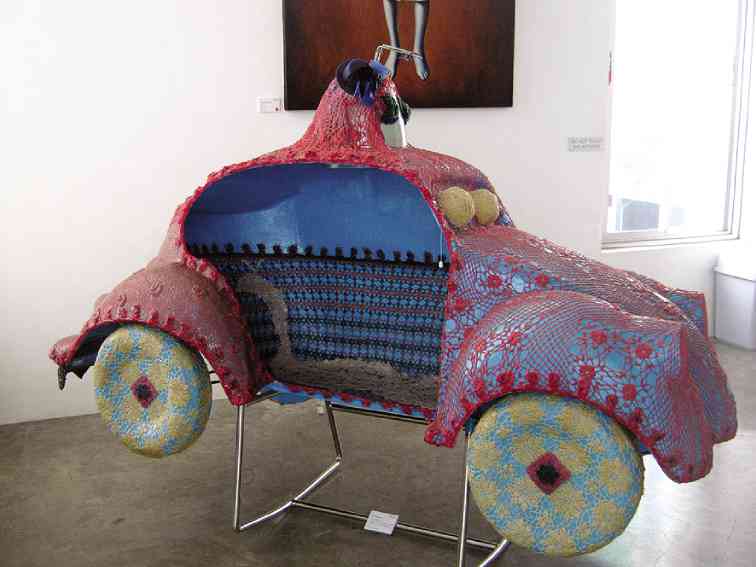 For budding student artists, Pilipinas Shell has set up the annual Shell Art Interaction as a complement to the prestigious Shell National Students Art Competition.

Through the years, these interactions have featured top artists such as Danny Dalena, Imelda Cajipe-Endaya and Fred Liongoren—all previous winners of Shell—in which veteran artists could guide younger or aspiring artists in their art-making. The sessions allow the generations to communicate with one another, much like a mentor and student would.

This year’s interaction session included a tour of the BenCab Museum on Asin Road near Baguio, as well as a talk with National Artist BenCab (Benedicto Cabrera) and a watercolor workshop with top painter Renato Habulan.

Aside from having been winners during their younger years in the Shell contest, both artists share the same themes, styles and, partly, artistic era.

BenCab Museum houses numerous galleries in a single building that sits on a natural overlook of a small valley. The entire complex provides the viewer a mix of feelings and experiences—of a modern art museum and of a nature park.

Currently on show are exhibits by Elmer Borlongan and Plet Bolipata—“Sign City” and “The Rocking Beetle Show,” respectively.

Also on exhibit are infrared photographs by Wig Tysmans, taken during the 1980s in and around Baguio. Haunting are the images, which show the sky as dark but dreamy. Remarkable is the series of photographs that show a woman named Kirei in multiple instances and places.

BenCab delivered a semiformal talk about the museum and his art.

“As far as my paintings are concerned, [they’re] still ‘traditional’ painting,” BenCab said, referring especially to his use of paint without the intervention of other media.

At times, he said, his process could be a hit-or-miss since he does not often do studies and he paints directly on canvas or board.

“Sometimes you have a good one, and then you try to keep that. And since you have a foundation in fine arts, you sort of work it out to make it worthy,” he said.

His renderings of Sabel, the street woman who represents dispossession and displacement, have become iconic.

“I usually paint her before I do a series of paintings,” he said. “But then she became an icon.”

While Sabel as an image may be used time and time again, the medium, style and narrative change—ultimately generating new ideas for the artist.

BenCab advised students to look for their own style despite the difficulties and the tentative gropings.

“If your feeling is to do art, to express [yourself] in paintings, it happens,” he said.

He said he himself started with much difficulty, but later embraced art. He cited as example the late Roberto Chabet, who was an architect by education but decided to turn to the visual arts.

In the watercolor workshop with Habulan, some 20 students participated; four of them Grand Prize winners in the Shell National Students Art Competition.

“You have to have that unique idea, and from there, [art] is born,” Habulan said.

Habulan said watercolor was the most “difficult” of all mediums because it could not be “controlled” like acrylic and oil.

“Let the medium do it,” he told the students. “Everything is accepted. You push the medium to its fullest.”

Through frequent student-mentor exchanges such as the Shell Art Interaction,  contest organizers seek to promote a dialogue between art masters and art students. Through the discussion, art-making not only becomes intergenerational, it becomes a shared passion.