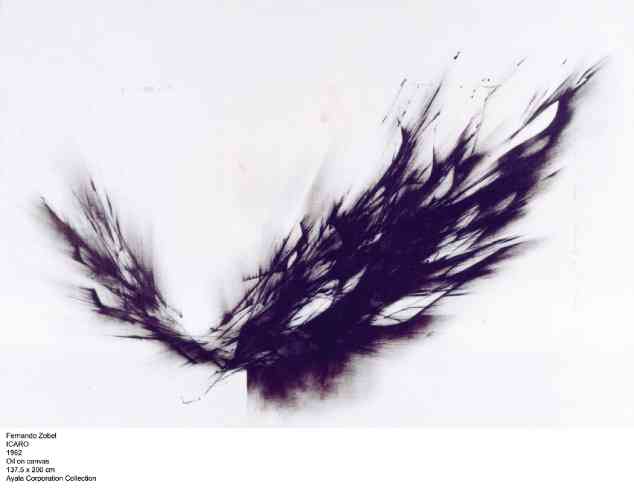 “Most paintings were gifts from the various donors and benefactors, as well as acquisitions of Ayala Corporation that are on long-term loan to the museum,” said Ditas Samson, one of the resident curators.

Roughly half of the artworks were given by the Bank of Philippine Islands (BPI), Sycip Gorres Velayo (SGV) Foundation, Insular Life.

Luna’s participation in the 1889 Paris Exposition widened his artistic horizons. Although originally a Classical-Romantic artist, Luna shifted to Social Realism in his desire to depict the contemporary realities of Europe, especially the blue-collar workers and the destitute, the negative effects of capitalism.

“Luna’s intimate studies of various classes of people painted during his stay in Europe predate by almost 100 years the Social Realist movement that gripped the contemporary Philippine art scene toward the end of the 20th century,” Samson said.

His interest in contrasting social classes is manifested in his “Chula,” which was a term for a street woman from the slums in Madrid who might be engaged in prostitution; and “Lady at the Racetrack,” which portrays a lady of high standing, donning a custom-made lace-and-satin dress with a spring jacket and highly ornamented wide-brimmed hat.

Also  in the exhibit are various photographs of Luna, often along with Jose Rizal, during his trips across Europe.

National Artist Amorsolo’s Realist paintings portray the everyday life of the Filipino people, from the idyllic rural lifestyle of farmers, to the superstitious and solemn traditions of tribesmen.

His “Wedding Scene” depicts of a traditional Sulu wedding, while “Winnowing Rice” depicts women taking off the chaff from the grains they’ve harvested.

“The pastoral landscapes and formal portraits in the prodigious body of work of Amorsolo are significant not only in the development of Philippine art, but also in the formation of Filipino notions of self and identity,” Samson said.

Amorsolo was able to greatly enhance the quality of his paintings through the artistic use of sunlight and shadows, especially how they interact with his subjects, giving three-dimensionality and a backlit effect to the figures, providing them a golden glow.

Samson added that Amorsolo’s portraiture also tried to encapsulate the essence of Filipina beauty.  “Palay Maiden” and “The Bathers” are depictions of country ladies, which he considered not just another pretty face but an “important symbol of national identity.”

Zobel’s abstract works are characterized by stark contrasts of black and white, as well as lines of varying thickness, softness, and strokes to convey various emotions and motion in lieu of colors.

It was during the development of non-objective art and his series “Saetas” (“arrow” in Spanish), that he was able to find his own style by the use of syringe-like lines.

His “Icaro” resembles an image of black wings in flight set against white canvas, a reference to the Greek myth of Icarus. The wings give an illusion of motion through the playful use of lines. “Portrait of E.P.” depicts an outline of a man, using his signature line strokes.

The asymmetrical nature of the two paintings, as well as their minimalism, allows the subjects to be more emphasized in relation to the canvas.

“Zobel spawned succeeding generations of artists who find creative expression in non-objectivism and acknowledge his profound influence on their works,” Samson said.

Samson said they also held other exhibits for other Philippine National Artists.

“We have another regular exhibition program entitled ‘Images of Nation’ wherein we gather and feature the works of Philippine National Artists in the visual arts and highlight the importance of this award,” Samson said. “We’ve previously featured Vicente Manansala, Jose Joya, Victorio Edades, and Botong Francisco.”

Luna’s works are on exhibit until May 22, Amorsolo’s and Zobel’s works will be on display until June 6.