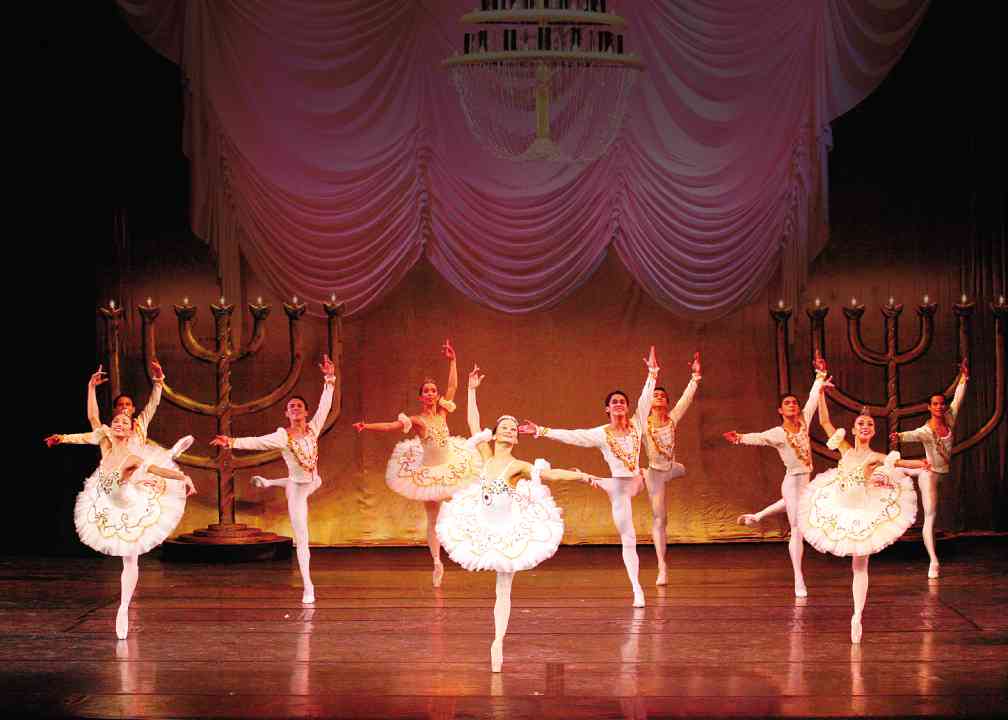 Prima ballerina Lisa Macuja-Elizalde is a firm believer that local audiences should be exposed not just to the wealth of ballet talents here, but also those abroad.

This is why for the past three years, she has been organizing ballet galas such as “Stars of Russian Ballet,” the Singapore Dance Theatre gala titled “DUO,” and “World Stars of Ballet.”

This year, she has decided to up the ante by presenting a gala with Filipino ballet artists who have flourishing careers in other countries, to be featured alongside outstanding dance talents based in the Philippines, in the one-night gala “Stars of Philippine Ballet,” on June 1 at  Aliw Theater.

A new generation of Filipino ballet dancers has actually been making waves on various stages around the world.

At the Hong Kong Ballet, soloist Candice Adea has been showing the grace and poise that have won her awards in international competitions.

In the United States, Christine Rocas has been dancing lead roles in the Chicago-based Joffrey Ballet, while Jared Tan is working as part of Atlanta Ballet’s international roster of company artists.

In Barcelona, Spain, Aileen Gallinera and Eduardo Espejo have starred in a fusion of contemporary and classical pieces with the Ballet David Campos.

In Germany, Marcelino Libao exemplifies strength and flexibility at the Hamburg Ballet.

Christopher Mohnani, former principal dancer of BM and the Nashville Ballet, is coming as artistic director of his own ballet company,  Dance Theatre of Tennessee.

“I think that our Filipino dancers dancing abroad need to be seen by our  countrymen,” says Macuja-Elizalde. “Dancers have such short careers as active performers, and it is important that we watch and be inspired by each other’s success in this extremely challenging field of the performing arts.”

The gala was inspired by shows the ballerina herself performed in in the late 1980s.

A second tour that covered the Visayan region included Toni Lopez Gonzalez of the Washington Ballet.

For Osias Barroso, after over two decades, a show like “Stars of Philippine Ballet” is long overdue.

When Macuja-Elizalde first broached the idea to him, he relates: “My personal reaction was, it’s about time to acknowledge and honor Filipino artists who are excelling abroad now—though I still believe that we should not forget that the artists who stayed in the Philippines are heroes as well.

“The most difficult part, with the number of artists participating and their being based abroad, was synchronizing schedules.”

The gala includes the Philippine premiere of choreographies by John Neumeier, artistic director and chief choreographer of the Hamburg Ballet (“Spring and Fall” and “Nocturnes”); dance pieces of the Joffrey Ballet (“Bells” and “Reflections”); a new choreography by Ron Jaynario (“La Femme,” the second of a three-part work in progress for PBT, called “The Tribe”); and a new piece by Augustus “Bam” Damian III for an all-male ensemble of Ballet Manila titled “Aramica.”

Also to be seen for the first time here is George Balanchine’s “Who Cares?”  set to the music of George Gershwin, featuring Dance Theatre of Tennessee’s Drake and Williamson.

“I am very excited to see these dancers who are like our children come home to dance,” says Macuja-Elizalde. “Unfortunately, Elline Damian [of Ballet David Campos] fractured her foot and will not be able to dance. But Eduardo Espejo and Aileen Gallinera will be performing ballets by David Campos Cantero. Christine Rocas was last seen by Manila audiences in her debut as Odette/Odile in the full-length ‘Swan Lake.’ As a soloist of Joffrey Ballet, she has danced so many new roles since, and I am especially delighted that she will be dancing with her favorite partner Mauro Villanueva.”

They are also happy to welcome Christopher Mohnani who, along with Gallinera and Espejo, was part of Ballet Manila’s pioneers.

“His participation is quite important not only because he belonged to the original 12 of Ballet Manila, but also because he is the first male danseur of BM who went abroad and did really well—with the Nashville Ballet as principal dancer for eight seasons, and now as the head of his own company, Dance Theatre of Tennessee. As his former ballet master, I am truly proud of this!” Barroso enthuses.