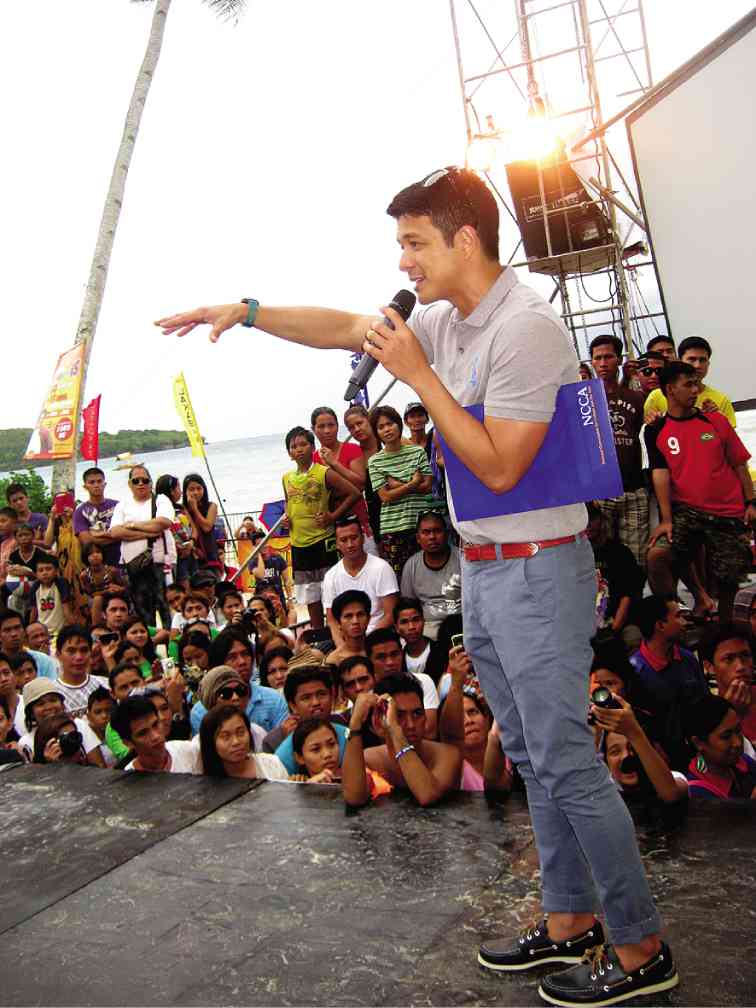 The indigenous peoples of Mindanao rely on their traditional crafts-weaving, not only for cultural expression but also for helping address the economic needs of the community.

But modernization is threatening to destroy their cultural traditions. Without a mechanism to secure that the practices are passed across generations, the loss of community identity becomes more likely.

The National Commission for Culture and the Arts (NCCA), via its Subcommission on Cultural Heritage led by Commissioner Regalado Trota José, has acknowledged the threat. It has sought to reach out to communities and help them preserve their cultural heritage.

“We have a superficial approach to heritage,” said José, son of the late classical pianist Regalado José. “We have to understand how heritage grows and develops.”

Hence the NCCA, which spearheads National Heritage Month every May, has focused its celebration of the annual event on helping cultural communities preserve its cultural practices. This is reflected in the annual theme of the celebration—Taoid (roughly, crossing in English).

Through its Taoid programs, NCCA seeks to assist cultural communities make the successful “crossing” between cultural annihilation and cultural renaissance.

But José said there were no easy fixes or shortcuts to cultural preservation. This is why the NCCA Subcommission on Heritage has stuck to Taoid as its theme and program for the National Heritage Month for two years now.

José explained technical assistance and grants would not alone suffice. He said there would be need for constant follow-up programs with the threatened communities.

This is reflected in the holding of several heritage clinics so as to improve the awareness of communities and other stakeholders of the value of preserving their cultural patrimony.

To raise awareness of the rich heritage of cultural communities, the NCCA has named actor Jericho Rosales as  Taoid ambassador.

Indeed, the matinee idol caused a stir during the National Heritage Month celebration at the Sarangani Bay Festival in Glan, Sarangani. His message to the crowd was clear: Save our beaches and save our heritage.

And Taoid ambassador Jericho Rosales was successful in getting his message across.  Local officials and private sector leaders of Sarangani and South Cotabato vowed to promote and support the conservation of indigenous practices, such as weaving.

The Lamlifew Tribal Women’s Association in Malungon, Sarangani, has been carrying out the B’laan weaving tradition in the hope of passing on traditional knowledge to the next generation. But the survival of the cultural tradition is problematic.

Because of the women’s inability to mass-produce their goods, livelihood opportunities have been lost, she added.

“Young people aren’t that interested in making weaves because of its difficulty and tediousness,” she said.

“I wish that more women would get into weaving, because it is dying out. But the interest is always there. We’re given funds for the transferring of skills, like beadwork, to sustain these practices. Now we have a school and the children have become more interested.”

The collective efforts have paid off. Not only are more women getting into weaving, more are also getting into basket-making.

B’laan baskets are very distinct; they are mostly square in shape, with some looking like little pillows. Their weaves are light or neutral-colored.

Moreover, the beadwork of the B’laan is simple but elegant, using variations of bright colors amid a midnight-blue or black field.

Another Taoid project is the preservation of the T’boli weaving tradition.

The NCCA has been supporting Lang Dulay, a master weaver of Lake Sebu, South Cotabato. She received the 1998 National Living Treasure Award of the NCCA.

Through the assistance of the NCCA, she was able to build a school to develop the skills of women in traditional weaving.

The weaving process can take up to four months, beginning with the gathering of the fibers to the weaving of the t’nalak, the traditional tapestry that T’boli women wear.

Dulay runs a classroom which can accommodate 16 students, all learning the traditional method of weaving.

T’boli clothing, in contrast to the B’laan, has more embroidery and beads. And in Lang Dulay’s teachings, all designs—which are about 100, all coming as dreams—have names that translate to “wings of an eagle,” or “sea foam.”

B’laan and T’boli may be small cultural communities, but their weaving traditions form part of the tapestry of national identity. The loss of their cultural traditions may be fatal for the national soul.

José said there was a need for Filipinos to value their rich cultural traditions.  “Let’s try to make our heritage more personal,” he said.