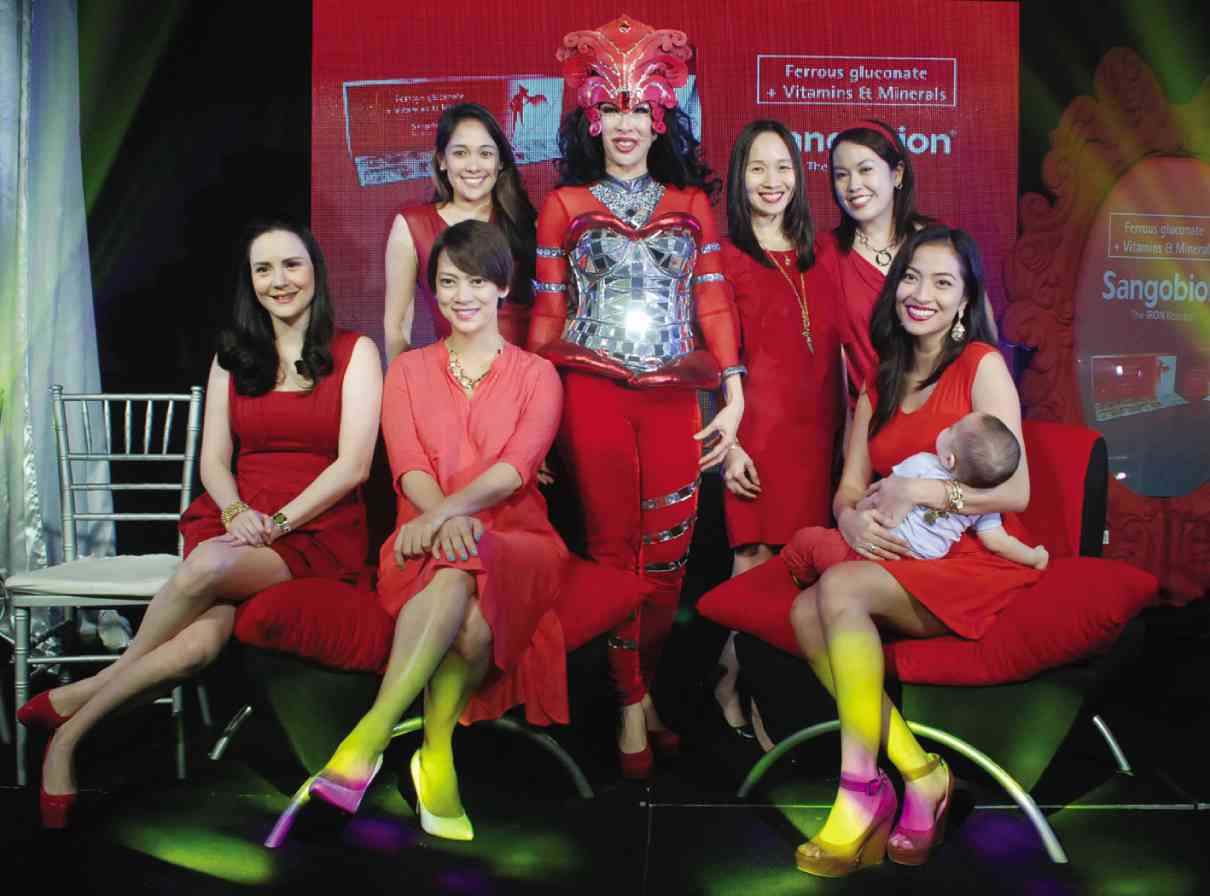 A creative way to tackle a health concern

It is a common condition, afflicting three out of five women of reproductive age, and yet iron deficiency remains one of the most neglected health concerns.

And that’s mainly because its symptoms—fatigue, lack of concentration and pale skin—can also be triggered by chronic stress.

To get the message across, Merck Philippines, the pharmaceutical company that makes the organic iron supplement Sangobion (ferrous gluconate), translates the repercussions of iron deficiency in a one-woman play called “Salaminkera: Tales from the Looking Glass.”

The story, inspired by Snow White’s mirror, is about women’s vanity—or lack of it—as they face the daily grind. Sanchez plays the mirror. The importance of addressing iron deficiency is woven into the conversations between the mirror and the women in the powder room.

With the witty and funny Sanchez at the helm, who departs from her brand of risqué humor to impart a serious message, 45 minutes can go very fast.

“When this play was conceptualized, Sangobion was not in the picture yet. My humor was always naughty, so I decided, why not have a wholesome show? I believe in women and their capacity. I’m happy Merck came so we can address this problem,” Sanchez said.

Sangobion, from the Latin word “sanguis” for blood and the Greek word “bios” for life, contains ferrous gluconate, manganese sulfate, copper sulfate, vitamin C, folic acid, vitamin B12 and sorbitol. Iron supplementation is inadequate if the patient is also deficient in folic acid, vitamins C and B12 and trace minerals. To ensure success of the iron therapy, Sangobion has it all covered in a carefully formulated pill.

Elemental iron in ferrous gluconate, iron in a supplement that is available for absorption, is 12 percent, or about 30 mg from a 250-mg tablet. Sangobion is a complete treatment for a wide range of anemia, including iron deficiency anemia, and anemia during pregnancy. It retails at P18 a pop.

“When you say organic, it means it’s not ferrous sulfate. It means it’s ferrous gluconate. Ferrous gluconate has been shown to be gentler on the stomach and is easily absorbed by the body,” said Fidji Miranda, marketing manager, Merck Consumer Healthcare Philippines.

That it requires a blood test to be diagnosed makes it a turn-off for many people to get themselves checked for iron. But even those diagnosed, said Miranda, often dismiss iron deficiency as nothing really serious. There is no urgency felt as opposed to when one experiences a migraine attack, for instance. Iron deficiency, in fact, gradually accumulates, such that over time it could lead to iron deficiency anemia.

Women are more susceptible because of the menstrual cycles and pregnancy. Iron is required for a healthy immune system, and is a necessary supplementation to cure dizziness caused by anemia, fatigue and lack of concentration.

“Women today are busier than ever. When they feel exhausted, they think they’re just stressed out. And that’s probably true. But when you are consistently tired, it’s time to get a checkup,” said Miranda.

Iron can also be sourced from food—red meat, egg yolks, liver, mollusks like oyster, clams and scallops, and dark leafy greens like spinach, broccoli. The Filipino’s diet, said Miranda, consists mainly of chicken and fish, which is why there could be more undiagnosed Filipinos.

Merck’s awareness campaign through “Salaminkera” kicks off June 9. “‘Salaminkera’ is an informative, educational show. We want to spread awareness in an entertaining way. This is about educating women about the signs of iron deficiency in a way that they would understand, pay attention to and listen,” Miranda said.