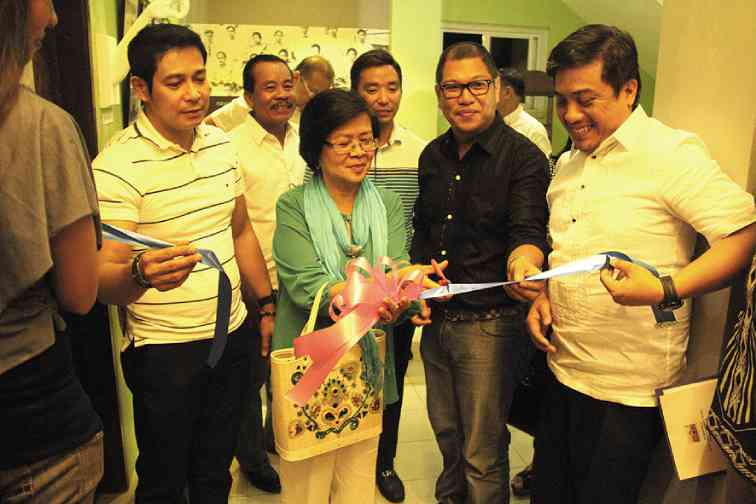 Museo de Pulilan, which opened May 25, tells not only about the history of a rich agricultural town on the borders of Bulacan and Pampanga and of her illustrious sons and daughters.

It also tells an inspiring success story of young people and their commitment to cultural heritage.

“It gives me goosebumps, realizing that our dream [to establish a community museum] has now been fully realized after several years,” artist Andrew de Guzman, president of Jefarca Arts and Historical Society, said, adding that the museum had been a work-in-progress since 1997.

Jefarca started in 1991 as a group of high-school students inclined to preserving the environment and culture of Pulilan. As support, the San Isidro Labrador Parish provided the group with a space for their exhibitions, which became the first community museum in Central Luzon.

“We never stopped since then. We organized various activities for the youth and the community,” De Guzman said. “As for the museum, we knew that the convent [of San Isidro] was just a temporary space, and it is fortunate that we now have the Pulilan Centennial Building.”

Other efforts of Jefarca included relief operations, tree-planting activities and cultural-preservation projects, such as the Biak-na-Bato National Park Conservation in 2000, and the ongoing Pulilan River Conservation.

In 2010, the local government considered demolishing a public-school building in Pulilan.

It turned out the building had been erected in 1908 upon the implementation of Act No. 1801 of the First Philippine Legislature, also known as the Gabaldon Act, after its sponsor Isauro Gabaldon of Nueva Ecija.

Jefarca prevailed upon the local authorities to stop the demolition and presented a restoration proposal, whose implementation started in 2012.

“The restoration plan was carefully deliberated, and consultations were made with conservation experts based in Manila as to what were the best approaches were possible given its advanced state of decomposition,” wrote Reuben Cañete in his article on the history of the Pulilan Gabaldon.

With the collaboration of Jefarca, construction and design companies, and various government offices, especially the Department of Public Works and Highways, the restoration was finally realized.

Several themes are found in each section of Museo de Pulilan. One documents education in the Gabaldon, displaying records of teachers and students of the school from 1917 to the 1960s. One section presents a timeline of the history of Pulilan from 1794 to 2013.

Archaeological artifacts are also on exhibit: the Vietnamese blue-and-white ware from the mid-15th century, excavated from the riverside of Longos, Pulilan; and a replica of the Laguna copper-plate inscription, provided by the National Museum.

The section “Ano ang Pulilan?” is distinguished by the sculptures of the carabao, whose parade is an attraction during the town fiesta; an old image of San Isidro; and a valuable collection of original sketches by Demetrio Diego, one of the 13 Moderns of Philippine Art.

Prominent is “Sining Pulilenyo Alay kay Inang Bayan,” an interactive painting by the participating artists of the recent Mandala II, the Carabao Art Festival in Pulilan. 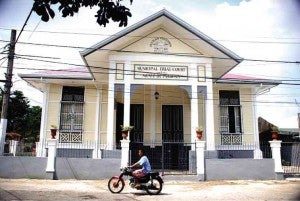 A project of Robinson’s Supermarket-Pulilan and Jefarca, in cooperation with the E-Such Charity Foundation and the Municipality of Pulilan, the two-year-old Pulilan Carabao Art Festival, known as Mandala, has also been instrumental in the realization of Museo de Pulilan, said De Guzman.

“We gather visual artists from Central Luzon and Metro Manila to celebrate our culture, bringing cultural awareness to the people of Pulilan,” said De Guzman.

The art festival is a revitalized version of the traditional carabao parade, where carabaos are adorned with colorful decorations and paraded downtown toward the Church of San Isidro Labrador, where they often kneel and knee-walk in imitation of the pious believers inside the church.

With the participation of the artists, the carabaos are now painted. Papier-mâché models of the beast of burden are also exhibited during the feast.

“Mandala supports as its beneficiary the Museo de Pulilan, the main center for knowledge in Pulilan’s history and culture,” De Guzman said.

The Mandala exhibit opened on May 12 and runs until June 12 at the Robinson’s Supermarket-Pulilan Event Center.