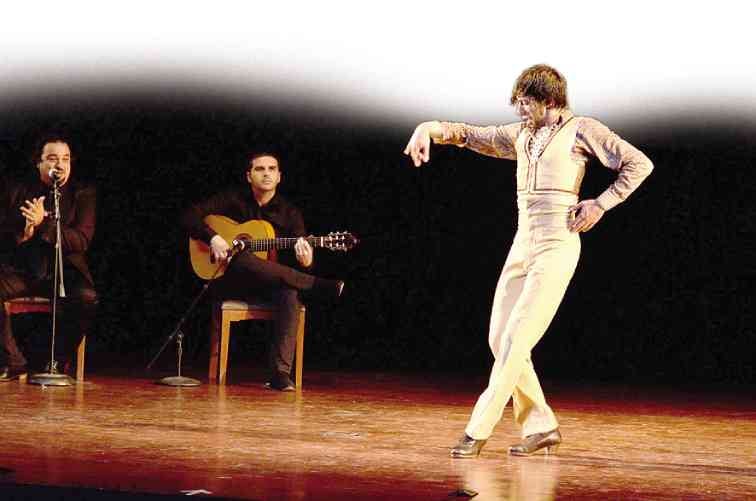 On June 11-15, Instituto Cervantes, the Embassy of Spain and the Cultural Center of the Philippines present back-to-back cultural offerings in connection with “Sonidos de España: Spanish Festival at the CCP.”

Lovers of music and dance will be treated to live acts all the way from Spain, starting off with “The Unending Passion of the Zarzuela” on June 11, and “De Dolores,” a flamenco show on June 14-15.

All shows will be held at 8 p.m. at the CCP Little Theater.

“According to Nicanor Tiongson, a noted Filipino theater scholar, it was the production of the Spanish zarzuela ‘Jugar con Fuego’ (To Play with Fire) in 1879 that is the earliest recorded performance of this musical theater genre in Manila,” says Maria Alexandra Iñigo-Chua, assistant professor at the University of Santo Tomas Conservatory of Music and author of “Kirial de Baclayon año 1826: Hispanic Sacred Music in 19th Century Bohol, Philippines.”

“Although an appropriated genre from Spain… the zarzuela changed as it flourished in the country and eventually was transformed into a unique Filipino musical theater art form [called sarsuwela] that reflected the prevailing values, customs and sentiments of the native Filipino social and cultural life,” said Iñigo-Chua.

“By 1860, its popularity grew and attracted a large following. It was during this time that zarzuela production troupes traveled and performed throughout the Spanish dominions, which made possible the spread of this musico-dramatic genre.”

“The Unending Passion of the Zarzuela” is a collection of zarzuela pieces to be performed by Spanish tenor Enrique Viana and pianist Daniel Oyarzábal, alongside a running commentary and several anecdotes on this lyrical genre stemming from the 19th and 20th centuries.

This recital will treat the audience with  the zarzuela composed of seven romantic arias and several fantasias on the piano, featuring some of its most celebrated pieces interpreted by two of Spain’s most celebrated musicians of today.

Enrique Viana of Madrid is a tenor who has completed his studies in some of the most distinguished musical conservatories in Barcelona, Milan, Siena, Rome and Paris. He specializes in bel-canto repertory as well as in French operatic arias.

Viana will be accompanied by pianist Daniel Oyarzábal from Vitoria, Spain,  an accomplished musician trained at the University of Music and the Performing Arts in Vienna. In 2002, he became the only Spanish national to ever receive an award from the prestigious 19th International Organ Competition in Nijmegen (The Netherlands).

This will not be the first time Viana is performing in Manila, and he believes there is something special about the zarzuela that Filipinos, in particular, will come to appreciate.

“Between our two countries,” he said, “there are many ties that link us, especially in the area of culture. The two times that I have been to the Philippines to perform, I took the chance to look for recordings of Filipino singers of the 20th century and observed that there existed a common love for melody between Spanish and Filipino music then. The zarzuela has a lot of melodies and turns, and rhythm that have a distinct manner of making their way to the heart, much as I have found it to be in the case of Filipino music.”

Following a successful one-night performance at the RCBC Plaza last November, flamenco dancer Eduardo Guerrero will be back in the Philippines again to perform his first solo creation titled “De Dolores.”

He will be accompanied by guitarist Javier Ibañez and singer Manuel Soto.

Guerrero’s first ever solo creation is dedicated to his grandmother, who serves as an inspiration to this Cadiz-born dancer.

“Among my first memories of flamenco,” said Guerrero, “I cannot forget the palos which got me started dancing… And even more inevitable is to remember the person who raised me, who introduced me to this art, who gave me my first boots to dance, who came with me wherever I performed, the person who trusted in me…”