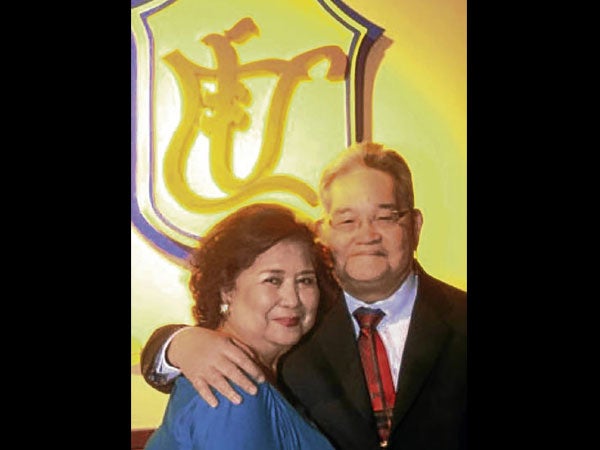 A different kind of bank celebration: a musicale!

For that gentleman of all seasons José “Lolo Pepe” Araullo, brilliant chair of The Real Bank and music lover, the best way to celebrate the bank’s 35th anniversary is through “the sound of music,” as the song goes.

And so it was, dahlings, with the presentation of “Being Real in a Changing World,” an extraordinary awesome musicale (as the invitation read) at The Rigodon Ballroom of The Peninsula Manila, palanggas, where the invitees were transported to the world of The Real Bank, “yesterday, today, tomorrow and beyond.”

One couldn’t help but notice the table setting, exquisite with red roses and carnations as centerpieces and repeated in petite individual round vases for each place setting for the guests to enjoy and take home as recuerdo, while enjoying sous chef Eduardo Maddela’s superb dinner.

The 45-minute spectacle took the ballroom, packed table-to-table through the 35-year journey of The Real Bank, and showing the bank’s culture of saving for a better life—“Good Old

The muy simpatico, respected president of The Real Bank, Alfredo Barretto, welcomed the guests, headed by no less than Vice President Jejomar C. Binay and Executive Secretary Paquito “Jojo” N. Ochoa. From the business and banking circles were significant partners in the bank’s history who were also recognized.

DepEd, headed by Bro. Armin Luistro, was given the Kabalikat Award. Patrons led by Crispino Kabiling, Josefina Santos and Carlito Lat and Juanita Victoria were honored with Kaibigan Awards. Anna Lissa S. Ochoa, Editha P. Mañago and Raquel T. Cabawatan were recognized for their hard work and dedication to The Real Bank, palanggas.

Yes, palanggas, The Real Bank is for real in this ever changing world of ours.

Where are you planning to go on your next vacation, like this long weekend, palanggas?

Now if you feel like treating yourself by heading to a luxurious getaway, you don’t have to leave the country to experience world-class accommodations and breathtaking views, because some of Asia’s luxe destinations are just a few hours away around the country.

The Department of Tourism and the Philippine Tour Operators Association (Philtoa), the largest tour and travel operators association in the country, unveiled the country’s Top 10 Luxe Destinations for 2011, which coincided with the 25th-year anniversary celebration of Philtoa, dahlings.

“Philtoa’s 25th anniversary of promoting inbound tourism unveiled the top luxe destinations for 2011 are both reasons to celebrate not just for Philtoa, but also for the tourism industry,” said Philtoa president Cesar Cruz. “I believe the Philippines is one of Asia’s premiere destinations for travelers who would like to splurge and get pampered during a memorable holiday with the people they love.”

Tourism Secretary Alberto Lim, who wholeheartedly supported Philtoa’s projects for years, gave a talk about the current state of tourism, and his support for one Philtoa project in particular—the upcoming 22nd Philippine Travel Mart (PTM), which is the biggest and the only travel expo that exclusively caters to the Philippines’ top destinations.

“We congratulate you at the Philtoa for making PTM a bigger and better event this year,” said Lim. “For the Philippine Travel Exchange (Phitex), we’re targeting 200 foreign buyers coming from the growth and opportunity markets like Korea, Japan, China. I’d also like to congratulate Philtoa on its 25th birthday. Here’s hoping for more successful and prosperous years ahead of you.”

“It’s fulfilling to be a part of an organization that encourages people to get to know more about the local culture, because we really do have so much to offer travelers,” Cruz concluded.

Somehow, most of the time, it’s that renowned Hennessy X.O with Willy Tee Ten that gets the hot power names from the President’s Circle to their happenings, dahlings, such as at Genting Club of Resorts World Manila.

Loads of the country’s top executives, businessmen, and officials, natch, were treated to a to-die-for lauriat dinner perfectly complemented by Hennessy X.O, being poured by Hennessy models for the power players all night.

Hennessy X.O’s strong aroma of pepper and spice, balanced by vanilla and cinnamon, teased the invitees’ palates as they dined on some of the tons of yummies, such as Suckling Pig and Barbeque Combination; Wok Fried Broccoli with Shrimps and Crispy Sliced Chicken; Roasted Crispy Pigeons; Steamed Baby Lobster with Garlic; and Walnut Cream with Glutinous Dumpling.

This was the first ever to be held in the newly opened Genting Club, and as always, Hennessy was the winner at the finish line, palanggas.

Trés charmant Hennessy brand ambassador Arnaud Mirey jetted in from France especially for this happening as its speaker on the rich heritage of Hennessy X.O, history and complex taste profile.”

“Hennessy X.O Odyssey-Limited is the fourth piece released from the Hennessy X.O Exclusive Collection, where we collaborated with multidisciplinary artist and designer Arik Levy to craft this exclusive piece,” he explained to the chosen men of power and substance, dahlings.

Après the divine dinner, one lucky Francisco Bayot won one of these exclusive bottles. A great way to end a bash, di bala, palanggas, especially for Francisco, natch!

As always, Hennessy Philippines’ business development manager, brilliant and creative Randy Uson, has more in store for us from Hennessy X.O for the rest of 2011, dahlings, just you wait and see.