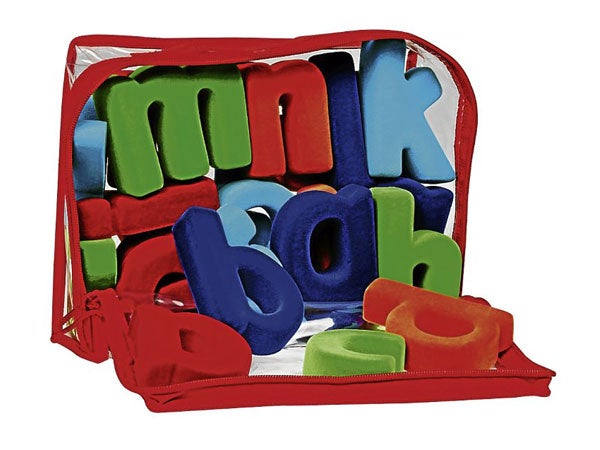 Toys that are good enough to bite–her brother just did 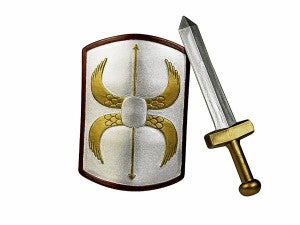 “There are many kids who like to throw or even bite toys. Rubbabu toys were made to respond to these safety concerns,” says Kiran Gidwani, VP of marketing of San Giovanni Philippines Industries Corp., which exclusively imports and distributes the toy line in the Philippines.

“We actually just stumbled upon the product online,” recalls Gidwani.

Her dad Nari, who regularly reads the digital edition of the Times of India, was the brains behind introducing Rubbabu to the Philippines. Always in search of ecofriendly products, he became intrigued with Rubbabu upon reading the article on the toy brand. So he quickly looked them up.

After doing some market research, visiting a few toy stores, and concluding that the toys available in the Philippines were either potentially harmful (with others containing lead) or had very little educational value, she, her father, and the rest of their family decided to take a trip to India.

“We went to the factory that produces the toys, to see their production process and to appreciate their organic components,” says Gidwani.

It turned out that her younger brother was more than eager to test the toys himself, as he picked up a discarded piece of rubber and chewed on it, proving that the toys were indeed safe. 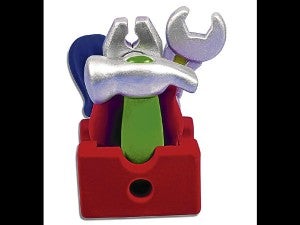 “After formally testing the products and bringing them to several toy stores, we decided to bring Rubbabu to the Philippines,” says Gidwani.

As Rubbabu toys are made of natural rubber foam taken from the sap of the rubber tree, they are anti-microbial, dust mite-resistant, mildew-resistant, hypoallergenic, and flame-retardant. Each toy is handmade in Delhi, India, and has undergone the safety standards of countries such as the US, UK, Japan and Australia.

“Rubbabu is the only brand in the Philippines of its kind. Each ingredient that goes into the toys is non-toxic and of the highest quality, so they’re 100-percent safe,” notes Gidwani.

The toys come in vivid hues that would attract any child’s attention. And in line with Rubbabu’s standards, the paint used on the toys is “mixed in the factory itself to ensure that there is absolutely no lead in it.”
Though they are also soft and squeezable, the toys don’t contain phthalates, a chemical used to make toys softer.

“Because we use natural rubber, we don’t need to use phthalates,” notes Gidwani.

As none of the toys have sharp edges or parts that would easily come off, children are free to play with them as they wish.

“Parents would be able to enjoy worry-free play with their kids.”

“We felt that Filipino parents were becoming more conscious about the safety issues of their toys and also want to invest in products with educational value,” says Gidwani. 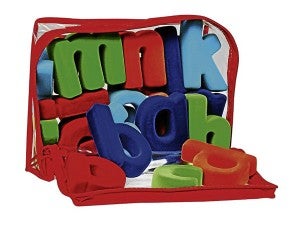 “In addition, we have an educational line that helps with teaching instruction,” says Gidwani. “We have magnetic alphabets, numbers, play sets, and building blocks that would help teach kids—even those with special needs—their first lessons in school.”

No tree is cut or destroyed in the manufacture of these toys. The sap of the tree, used to make the rubber, is a renewable source, thus only the sap is extracted and the tree continues to produce the rubber for as long as it is alive, making it a sustainable resource.

Rubbabu toys are sold at Toys R Us stores at Greenbelt, Shangri-La Plaza, Galleria and Trinoma, and at Rustan’s Department Store branches in Gateway and Robinson’s Place. Get 10-percent off until Aug. 31 at the Toys R Us’ Baby Fair.