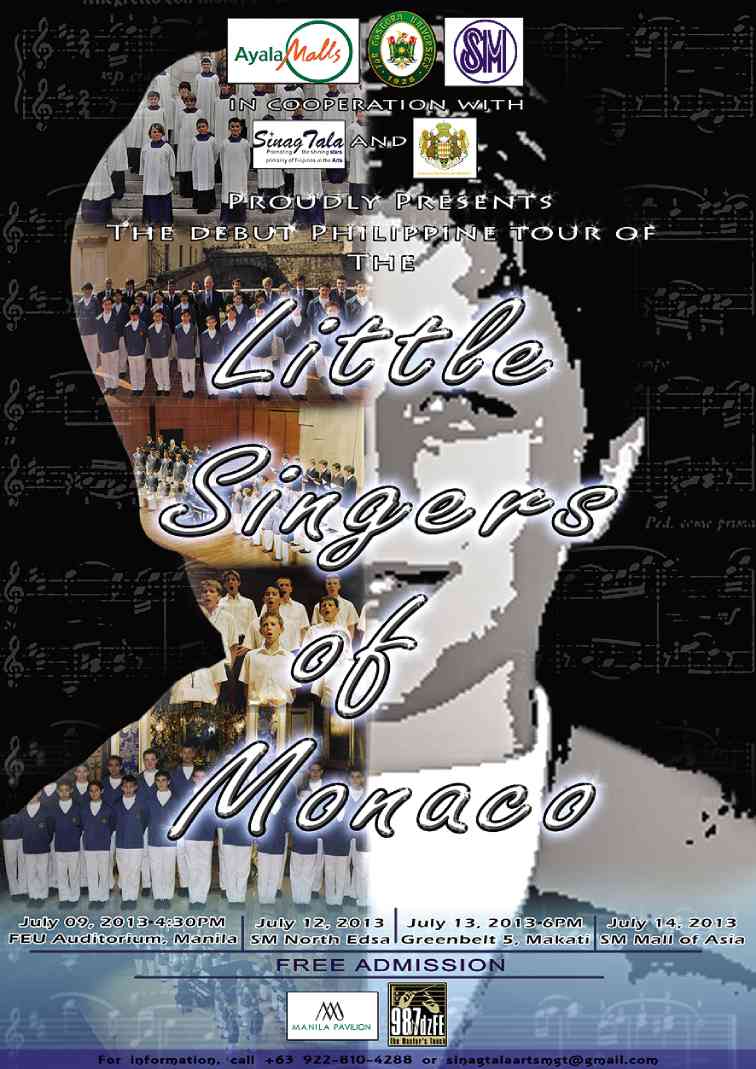 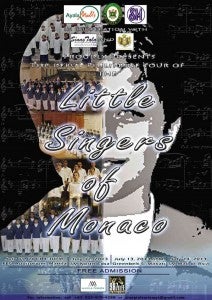 One of the world’s most renowned boys’ choirs, the Little Singers of Monaco, is set to serenade local audiences with their angelic voices in a series of Philippines performances from July 9-14.

The group, under the royal patronage of Prince Albert II of Monaco, will make its Philippine debut as part of its 2013 Asian tour.

Of the group, Prince Albert says,  “The activities of these little ambassadors of Monaco deserve all of my support, and I commend them for their commitment and their career.”

The choir was founded in 1974 under the directorship of Philippe Debat but traces its roots to the 18th century, when the tradition of children’s vocal groups was first established in Monaco. Since its inception, the choir has performed in 35 countries and been featured in 15 albums.

The distinct sound of the Little Singers of Monaco draws from the smooth blending of voices by its 28 members whose ages range from 10-18.

The Little Singers of Monaco will give their Philippine debut performance at the historic Far Eastern University (FEU) Auditorium on July 9, 4:30 p.m., part of its 85th anniversary celebrations and its cultural season themed Debuts and Farewells.