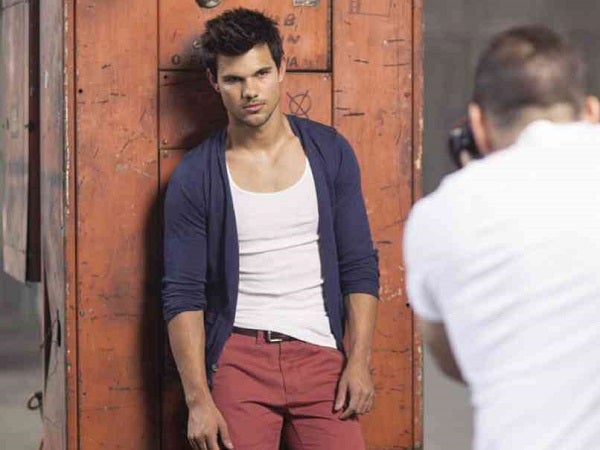 2013 seems to be a furry year for Bench. First there was Liam Hemsworth sharing billboard space with a ferocious—but adorable—lion. And then the clothing brand landed another furry friend—a werewolf.

Well, not technically a werewolf, but Taylor Lautner, who portrayed the world’s most famous werewolf Jacob Black from the “Twilight” trilogy.

Bench previewed a screening of Lautner’s TV ad at The Playground, which was located at the posh Bench Tower at Bonifacio Global City.

The TV ad was directed by Anthony Mandler, who has directed some of the music industry’s heavyweights like Rihanna, Beyonce and Nicki Minaj.

The ad showed an energetic Lautner displaying his biceps while swinging from a rope and jumping over a padded sawhorse.

Mandler wanted the whole shoot to be an organic experience for Lautner whose athletic energy demanded plenty of space, which was why they shot the campaign in a huge warehouse in east L.A.

“Taylor was very considerate, constantly asking me if I liked the shots after each layout,” recalls Ben Chan. Lautner was also very prompt, arriving earlier than the 9 a.m. call time.

The campaign showed Lautner clad in Bench’s latest palette of grays and deep hues—colored jeans in a dark cranberry and a forest green, gray shirts in a soft fabric and a monochromatic striped shirt with the collar pulled up.

Landing Lautner is another feather for Bench’s cap, especially given how picky the actor is with his international endorsements. According to Lautner’s dad, who was also present at the shoot, Taylor would only endorse brands he believed in. He was reported to have been impressed with the brand’s lineup of endorsers and felt he was in good company joining the Benchsetters.

Fans of the actor will be glad to know that Taylor Lautner will be visiting Manila soon.